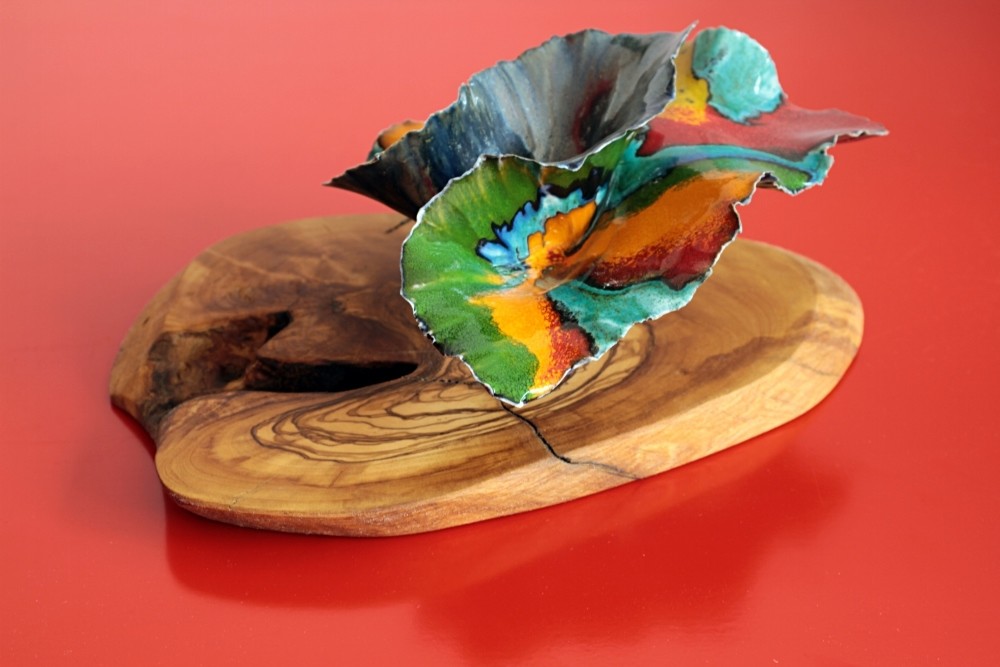 Carrying out successful works in Turkey, Alfonso Ruiz Felipe's ceramics exhibition, "Mareas" ("Tides"), which opened on March 14, can be seen by art lovers at Trump Art Gallery until April 16. Felipe gives place to light and shadow plays in his works, which reflect the tides of life.

The Spanish artist, who makes color-form experiments in his works and shapes all of them by hand, also combines some of his ceramics with wood, while decorating some of them with light and shadow.

Curated by Kenan Bahar Derre, the exhibition presents the glazing technique of the artist, who tries to catch the carpe diem feeling with his undefined forms.

Implying we are going through unsteady days, the artist said: "Recently, the world is combining after being separated several times. Our lives are shaped apart from our decisions. We sometimes get wavelike, still, happy or introverted. We create a new life and identity with what is left after the tides. Ceramics are like the life, the subject of which is us. They are shaped with a feeling coming from inside in an incidental way with an independent decision. They bear the traces of big and small tides of fire, water, air, color and life."

Alfonso Ruiz Felipe was born in Spain in 1969. Having lived in Syria, Lebanon, Beirut and Egypt, Felipe came to Turkey and found ceramics in 2006 at Caferağa Madrasah via one of his friends. Improving in ceramics quickly, the artist opened his second exhibit at the exhibition hall at the Taksim Atatürk Library in 2013. He participated in many group exhibitions in Turkey and Spain. His works are still sold in the Madrid Reina Sofia Modern Arts Museum's shop. Felipe, who has been living in Turkey for 14 years, continues his work in Istanbul.