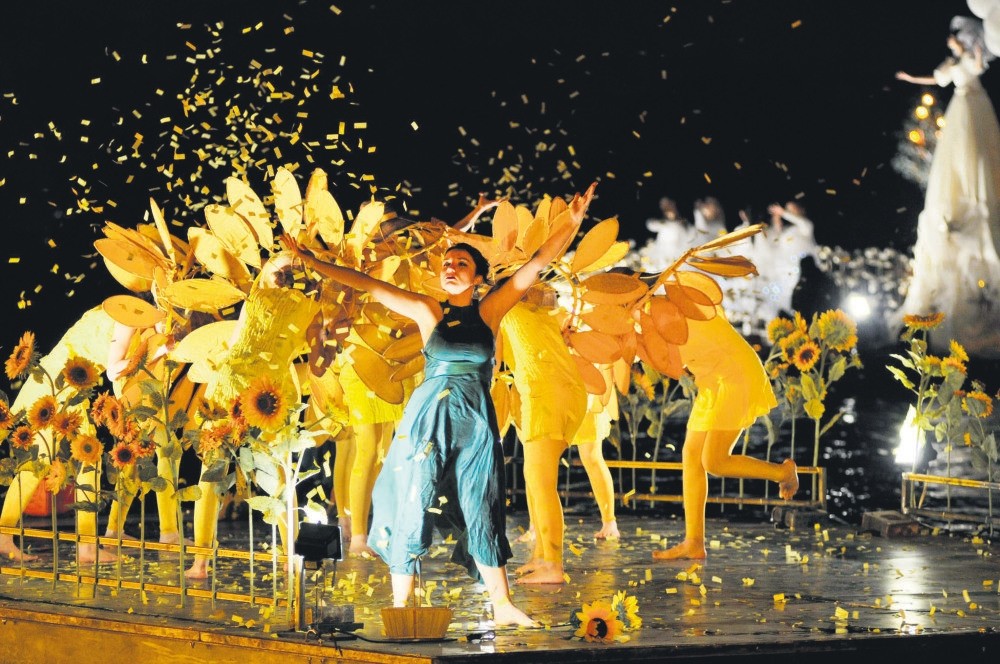 Organized in collaboration with the Sabancı Foundation and the Culture and Tourism Ministry, the State Theaters-Sabancı International Adana Theater Festival opens its curtains for the 20th time

The Sabancı International Adana Theater Festival, which is Turkey's longest-running theater festival with a month of events, is taking place for the 20th time this year, opening on World Theater Day on March 27 and continuing until April 30. Festival tickets went on sale on Sunday, March 18. 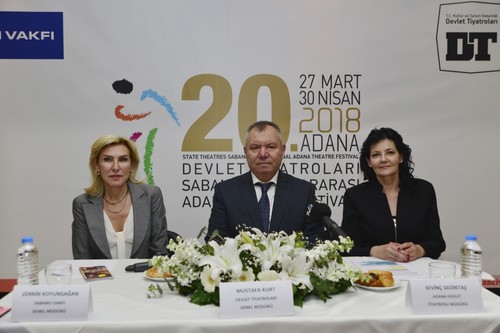 The festival program was announced at a press conference held in Adana with the participation of Sabancı Foundation General Manager Zerrin Koyunsağan and State Theaters General Director Mustafa Kurt. Koyunsağan said the Sabancı Foundation believes cultural and art activities should be accessible to all.

"We have been working for 44 years to support cultural and art activities and to ensure that everyone has access to equal opportunities. The International Adana Theater Festival has a special place in the projects in many fields such as folk dance, theater, cinema, archaeology and music," Koyunsağan said. "We are happy to celebrate the 20th year of this festival and to see that Turkey's longest-running theater festival has reached its 20th year. We applaud everyone who has made an effort to do their best for this 20th year of our theater festival."

Koyunsağan said the Adana Theater Festival, having begun with by the late Sakıp Sabancı, has transformed into an international festival. "The International Adana Theater Festival, which emerged as the product of the dream of making Adana a city of culture and art, has transformed this dream into a reality step by step in 20 years," Koyunsağan said. "Thanks to this festival, Adana has become the host of a festival for which people from all around Turkey eagerly wait. The Sabancı Foundation is proud to bring such a festival to our country's cultural and art life uninterrupted for 20 years."

Mustafa Kurt, the general director of State Theaters, said the Adana Theater Festival, which was launched in 1998 with the support of the late Sakıp Sabancı while he was the Director of Adana State Theaters, is now rightfully proud of being an international theater festival worldwide. 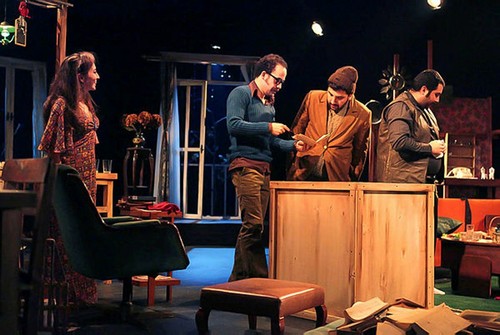 "As every year, in the 20th year of our festival, we will bring together the people of Adana with important theater troupes of our country and distinguished plays and performances from around the world. This important cultural event has been organized in Adana for many years with the valuable contribution of Sabancı Family," Sabancı said. "I hereby express my gratitude to the Culture and Tourism Ministry and Culture and Tourism Minister Numan Kurtulmuş as well as the Sabancı Family, Güler Sabancı and Sabancı Foundation General Manager Zerrin Koyunsağan for their contribution to theater. I hope our festival will be beneficial to the people of Adana and that all audiences will have a pleasant month of theater."

Program has record number of plays

"Cuba, Percussion and Dance" from Cuba, "Best of the Yllana" and "Loners" from Spain, "Godos" from Lithuania, "Theater Delusio" from Germany and "Peter Kuster" from Slovenia will be staged this year.

The Adana Theater Festival will have the most plays ever this year with 30 different plays, including six theater troupes from abroad, four state theater troupes, four municipal and 15 private from Turkey. "The 39 Steps" by Eskişehir City Theater, "Mağrur Fil Ölüleri" (Proud, Dead Elephants) by Semaver Kumpanya, "Joko's Birthday" by Yolcu Tiyatro, "Cat on a Hot Tin Roof" by Mam Art, "The Zoo Story" by Çolpan Ilhan and Sadri Alışık Theater, "Çocuk İstiyorum" (I Want a Child) and "The Child Behind The Eyes" by Tiyatro Keyfi, "Sızı" (Pain) by Istanbul City Theaters, "Boyacı" (Painter) by Adana Metropolitan Municipality City Theater, "Asiye Nasıl Kurtulur" (How Can Asiye Get Around) by Seyhan Municipality Theater "Radyo-yu Hümayun" (Radio Hümayun) by Ankara State Theater and "Ali Baba and the Forty Thieves" by Adana State Theater will be staged throughout the month.

Young artists from around Turkey

The festival continues to support young artists from around Turkey and includes alternative theater groups this year, as well. "Ben, Frida Kahlo – Otoportre" ("I, Frida Kahlo, Autoportre") by Ankara Devinim Theater, "Guards at the Taj" by B Planı, "Ortanca" (Middle) by İsimsiz Sahne, "Sen Istanbul'dan Daha Güzelsin" (You are More Beautiful than Istanbul) by Bam Tiyatro, "Söz" (Promise) by Sand Area, "Artık Sığınağın Kalmadı" (You Don't Have a Shelter Anymore) by Tiyatro Kast, "Kırık Bebek ve Diva" (The Broken Doll and Diva) by Performans Theater, "Shakespeare Perisi" (The Shakespearean Fairy) by Shakespeare and Music Theater and "Posta" (Post) by Sahne Daktilo are included in the festival program. There will also be workshops on photography, makeup, fairy tales and glass workmanship.

The International Adana Theater Festival, which brings together local and foreign theater groups in Adana and Istanbul every year, has hosted 110 foreign theater groups from 42 countries and over 6,000 foreign and local artists. Including plays staged by private theaters from Turkey and the State Theater, 381 plays and close to 1,000 presentations have been held to date. Around 1 million people attend the plays at the festival.