M Refik Tekinalp's 'Istanbul: from Past to Present' goes to Zagreb 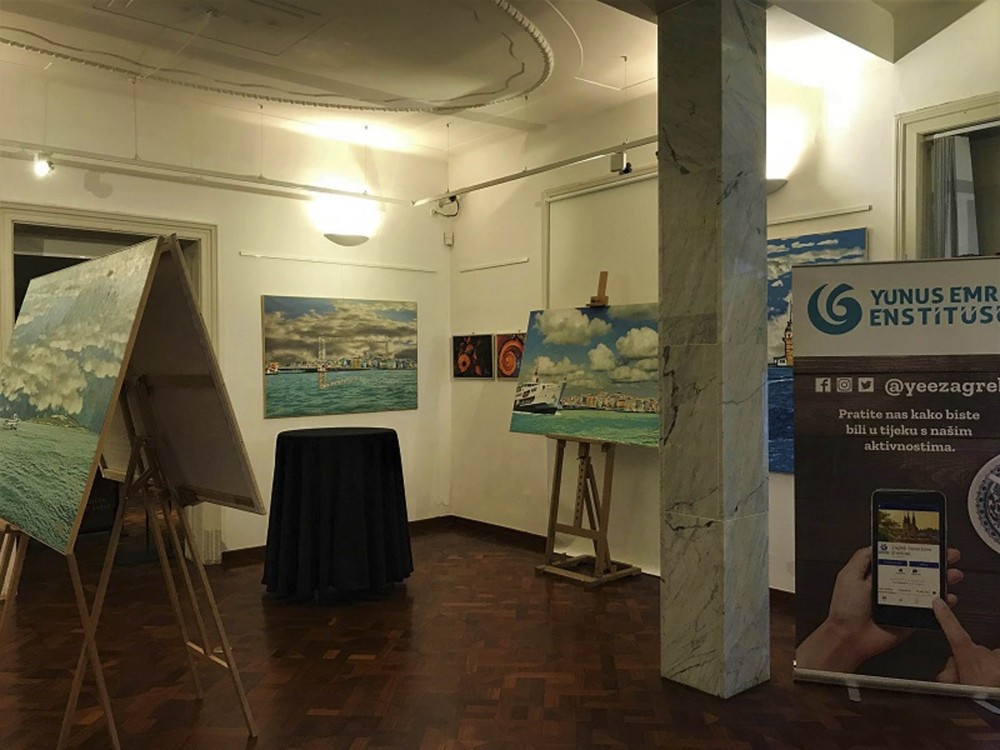 M. Refik Tekinalp's ,Istanbul: From Past to Present, exhibition will be hosted by the Zagreb Yunus Emre Institute after the Zagreb Archaeological Museum.
by Daily Sabah Mar 21, 2018 12:00 am

Turkey's Yunus Emre Institute in Zagreb, Croatia is hosting, "Istanbul: From Past to Present," a solo exhibition by Turkish photographer M. Refik Tekinalp.

The exhibition features some iconic views of Istanbul, including the Bosporus, some of the city's historical streets, stone pavements and nostalgic ferries.

Introducing Istanbul in Zagreb through art, the exhibition features a combination of Tekinalp's traditional photography and modern art. Visitors at the exhibit mentioned their admiration for Istanbul, which was the capital of four different empires and has a history going back to more than 3000 years.

An official opening ceremony for the exhibition was held on March 7. It was attended by the Turkish Ambassador to Croatia Mustafa Babür Hızlan and representatives from the Azerbaijani, German and Chilean Embassy in Croatia. Director of the Zagreb Archaeology Museum, coordinator of the Turkish Cooperation and Coordination Agency (TİKA) in Zagreb, executives from Turkish Airlines, Kentbank and Doğuş Group, as well as a number of Turkish and Croatian artists were also present.

"Istanbul: From Past to Present" will be open until April 6 at the Zagreb Archaeological Museum. Later, it will be held at the Zagreb Yunus Emre Institute between April 9 and April 27.

The Yunus Emre Institute has been introducing Turkish language, culture, art and history through its 140 cultural centers in 62 different countries.

M. Refik Tekinalp was born in Turkey's Afyonkarahisar in 1960. He studied Journalism and Public Relations at Ankara University. He has pursued his career as a photographer in Germany since 1991. He uses common art photography techniques, in which he fictionalizes himself. In his works, the photographs themselves are handled with a purpose from the beginning to end.