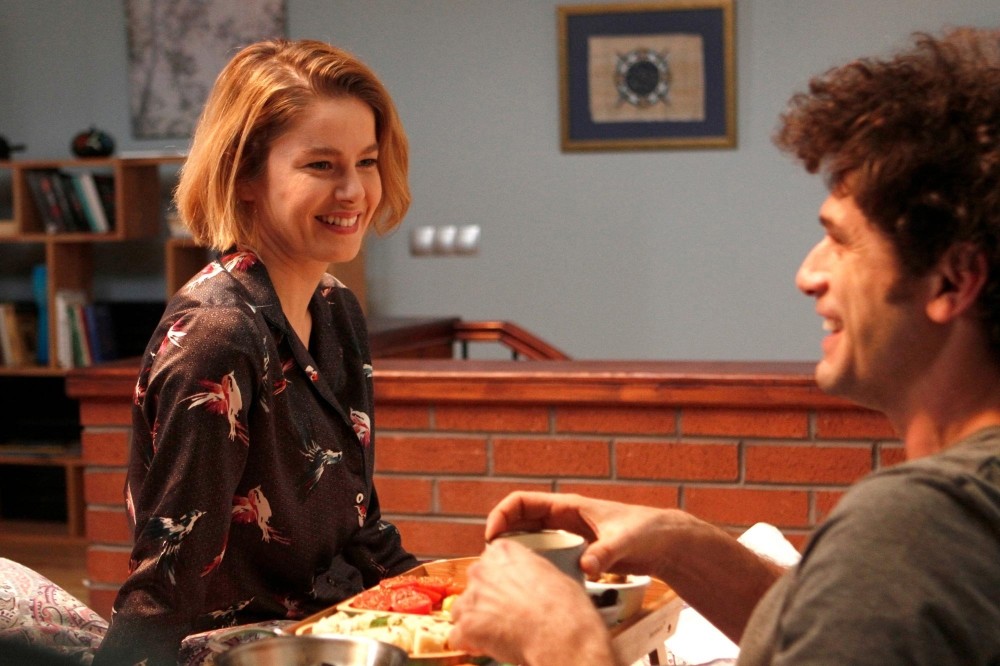 The new series ‘8. Gün' is now on ATV with extraordinary subject matter and casting

A TV series, "8. Gün," which Turkish audiences have been waiting on for a while, began on in March 19 on ATV, a nationwide channel. Featuring many famous actors such as Buğra Gülsoy, Musa Uzunlar, Burcu Biricik, Hakan Kurtaş, Cem Davran and Ceyda Düvenci, the TV series focuses on a smart, beautiful and vivacious girl named Bahar. Bahar has been raised in a rich family and leads a good life with her husband Ahmet. The perfect life story of the couple turns upside down when Bahar's mother Şehnaz, who works as a software engineer at a company, is murdered. With the death of her mother, Bahar becomes involved in a dark world, leaving her safe and happy life, and the TV series revolves around the interesting incidents in this process.

When Bahar aims to find out who killed her mother, she also discovers that those who killed her mother are now after her. While she both tries to survive and unveil the mystery of her mother's death, Bahar meets an unexpected person. She must receive help from Hayati, who is a sanguinary crime boss, in this adventure which is full of surprises. This obligation to collaborate will turn into a powerful bond between these two. While Hayati will discover his good feelings in the period when he helps Bahar, Bahar will reveal her dark side with the effect of what she has experienced. Bahar witnesses that people whom she trusts so much show their true colors in this journey and she also loses her belief in her husband. After some incidents, she closes the doors of her heart for love. However, some surprises await her.

Attracting attention with its trailers, "8. Gün" premiered on ATV on March 19 with its intriguing first episode. The focus of the episode was the death of Şehnaz, which causes everything to start in this adventure. Şehnaz, who is a successful software engineer, completed installing a national jet software which would be revolutionary for national safety and came into prominence in the company in which she works. When the program was activated, Şehnaz discovered that the software had been infiltrated. This means that external powers could capture the country without using a bullet.

While she tried to prevent this disaster, those who managed to infiltrate entrapped her, and the death knell of the engineer created a sensation throughout the country. Even if Bahar could not believe that her mother died, she had to accept it. Through the end of the episode, Bahar already met two men, Hayati and Ozan, who is the leader of the men who killed Şehnaz, and these two would change her life completely.

CASTING OF THE TV SERIES

Born in 1989 in Antalya, Burcu Biricik graduated from Ege University's Archaeology Department. After having trained at the Bornovo Municipality City Theaters, the successful actress took place in many projects. Biricik stars in "8.Gün" as the leading role, Bahar.

Buğra Güsoy was born in 1982 in Ankara. Starting to take roles at Cyprus State Theaters, Gülsoy became very famous for the TV series and films in which he played. The successful actor plays the role of Ozan.

Ceyda Düvenci, who was born in 1977 in Bursa, trained at Kadir Has University on an Advanced Acting Master. Having appeared before with many films and TV series, like "Umutsuz Ev Kadınları" ("The Desperate Housewives") the beautiful actress plays the role of Şehnaz.