Theater on Duty to open curtain with favorite plays 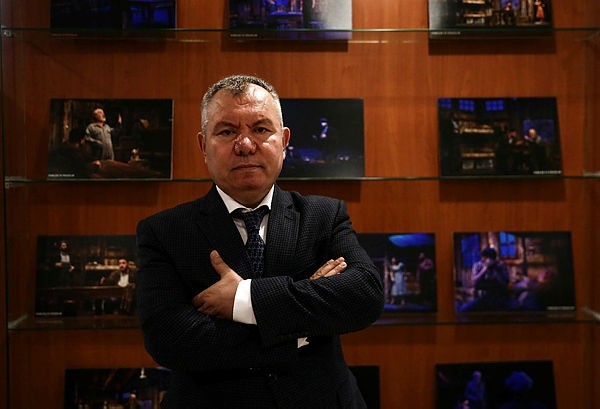 The director general of State Theaters, Mustafa Kurt, announced that Theater on Duty will open its curtains with the most-liked plays after the theater season ends.
by Anadolu Agency Mar 21, 2018 12:00 am

Mustafa Kurt, the director general of State Theaters, said that after the theater season comes to an end on May 15, they will start a new Theater on Duty campaign to allow viewers in Ankara another chance to watch the year's most-liked theater performances until July 1.

Speaking to Anadolu Agency (AA), Kurt explained that they have been working on new things they can do for theater lovers since the day they took office.

"After seasonal plays, we will practice 'Theater on Duty' in Ankara. This will be a first in the history of State Theaters. A stage in Ankara will continue to host theater performances after May 15 until July 1. Our aim is to prevent spectators from becoming distant from theaters. If we get positive reactions, we will practice it in other regions in the country."

The general director mentioned that they are planning to perform six plays in six months as part of the campaign.

"Many new theater stages have been opened recently. We have more than 60 stages belonging to the State Theaters now. We have 12 permanent and 11 tour stages. Since the end of February, we have gone on 81 tours. The number of spectators and cultural centers has increased. There is great demand. People love theaters," he said.

Meanwhile, he said they premiered with the play "Mehmet Akif," which was written in the memory of the Turkish National Anthem's acceptance, in the previous days. "I want to express our best wishes to our soldiers. If we can organize festivals, tours and events in peace, this is possible thanks to them. It is so important for us. We stand by our soldiers and we are together with them," he concluded.