Rio de Janeiro's Modern Art Museum is selling one of its most prized works, a Jackson Pollock painting, to help stay afloat.

The private, not-for-profit museum said a sale of this type has never been done before in Brazil, although it is common in Europe and the United States. 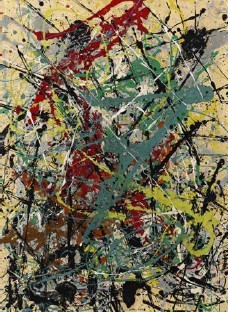 The Pollock painting in question is titled "No.16" and was completed in 1950.

Proceeds of the sale will be used to create a fund to keep the museum going for another 30 years, it said.

The painting was donated by the late former U.S. Vice President Nelson Rockefeller in 1954, and is estimated to be worth around $25 million.

The Brazilian Museum Institute called on the Modern Art Museum to reverse course and try to come up with another way to raise money at a time of financial struggle for many of the South American country's museums.

But the Culture Ministry said it supports the strategy, saying the Modern Art Museum will become less vulnerable to economic crises and less dependent on donations and sponsorships.

Rio de Janeiro has been mired in financial turmoil since it hosted the Olympic Games in 2016, mainly because of a fall in oil prices and as a hangover from the recession that all of Brazil endured in 2015 and 2016.