Replica of bedroom in '2001: A Space Odyssey' on display in Washington 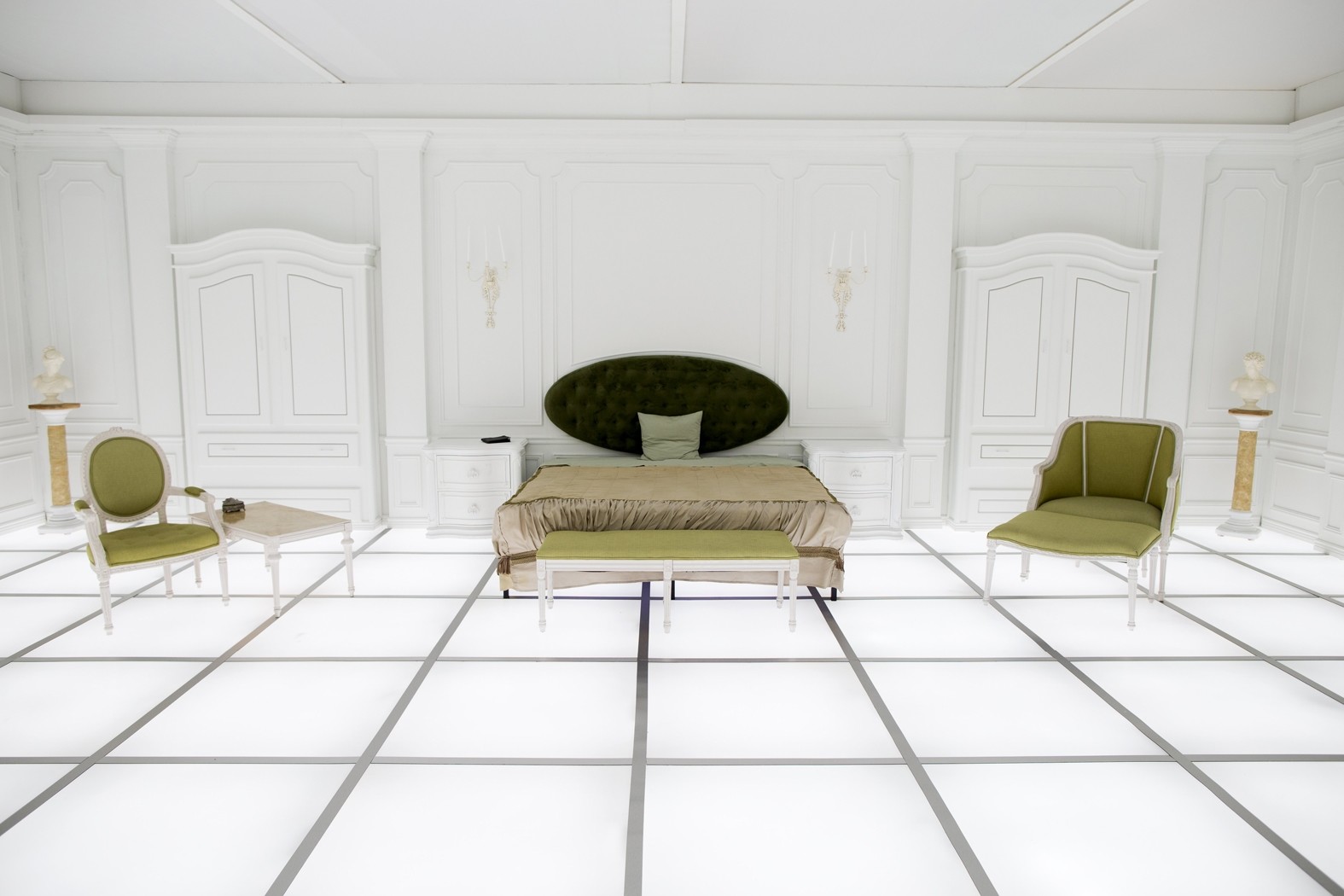 Film buffs can now visit a replica of the bedroom depicted in the penultimate scene of "2001: A Space Odyssey" on the 50th anniversary of its release.

It has been set up in the National Air and Space Museum in Washington.

In the neo-classical bedroom, the spaceman Dr. David Bowman sees and then becomes older versions of himself, ending up as an old man in bed and then, as he reaches for a black monolith, a fetus.

The exhibit will be open to the public April 8-May 28 and serve as the centerpiece of the museum's celebration of the film's 50th anniversary. The installation is called "The Barmecide Feast."

One thing that stands out is the bright lighting, just like in the film.

That way viewers can "appreciate the physical environment around the artifacts" in the exhibit such as the bed, chairs, paintings and sculptures, said Martin Collins, a curator at the museum.

"For Kubrick it was important not to have extra set lighting but to have lighting built into the scene itself," said Collins.

It is the work of British artist Simon Birch and is the museum's way of honoring a film considered one of the best in the history of cinema.

A year before humans set foot on the moon, Collins said, "you also had a deep preoccupation about the future. It was a moment of time in the '60s, both in the United States and the Soviet Union, where the advances in science and technology were very dramatic."

But this progress came with a lot of questions, mainly about the future of humanity, he said, and in some way "2001" addressed them.

One of the features of this film honored by a top US museum is its respect for scientific rigor.

Unlike in "Star Wars," for instance, the reality of silence in space is respected.

For minutes at a time, viewers are treated to scenes with no sound or dialogue, giving the film a slow, gripping feel.

"The space scenes are grounded into the scientific knowledge of the early 60s," said Collins.

"There was a high degree of interest on Kubricks' part, and Clarke's, to be accurate in that sense," Collins said.

He added: "For the future of humanity, it gets more speculative."