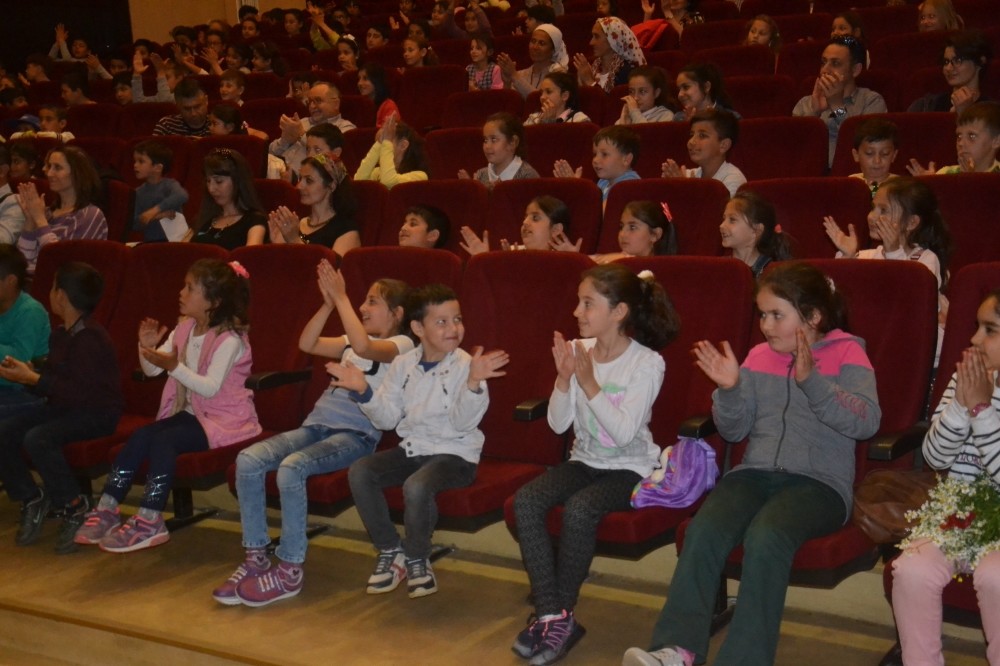 In an attempt to introduce opera music to young children, İzmir State Opera and Ballet (İZDOB) have organized some 250 concerts for nearly 100,000 students in remote Turkish towns and villages.

The concert began with an introduction to the instruments. Later, the audience carefully listened to different examples from Turkish and foreign opera compositions.

Underlining the importance they attach to rural schools, Genç said: "We visited more than 250 schools in eight years. We prefer schools in remote, rural areas that generally do not have an easy access. Our events have so far reached nearly 100,000 children. We believe that these children, for who we perform, will never forget us. Some of the students can be very talented and they can one day become renowned musicians. Our aim is to find these talents and train them."

"In our concerts, the halls are generally full. Today students and their families from five villages of Ödemiş district attended today's event. This was a first in their lives. We introduced the instruments and then gave examples. We want to perform more as part of this project. We are here to introduce opera and classical music to people. We are satisfied to see that they are happy to know us," he said.

'We hope to come again'

Şükran Özkan, 42, a resident of the Köseler neighborhood, said she came to the concert with her daughter and was very excited. "We have watched them on televise before. I am 42 and this was the first time I attended such an event. I want to thank everyone who contributed to the program." Saliha Uçarçı, 39, who attended the concert with her son thought the event was extraordinary. "I hope they will perform again and we will attend. Everyone is happy. I am 39 but I have never been to an event like this. I thank everyone who performed at the concert."

One of the students at Köseler Primary School, Feriha Güner, 10, said she was felt lucky to have experienced something like this at her age. Another student, Kübranur Yayla, said she liked the concert and artists so much and wants to watch them again.