Images of double reality sway between visible and invisible 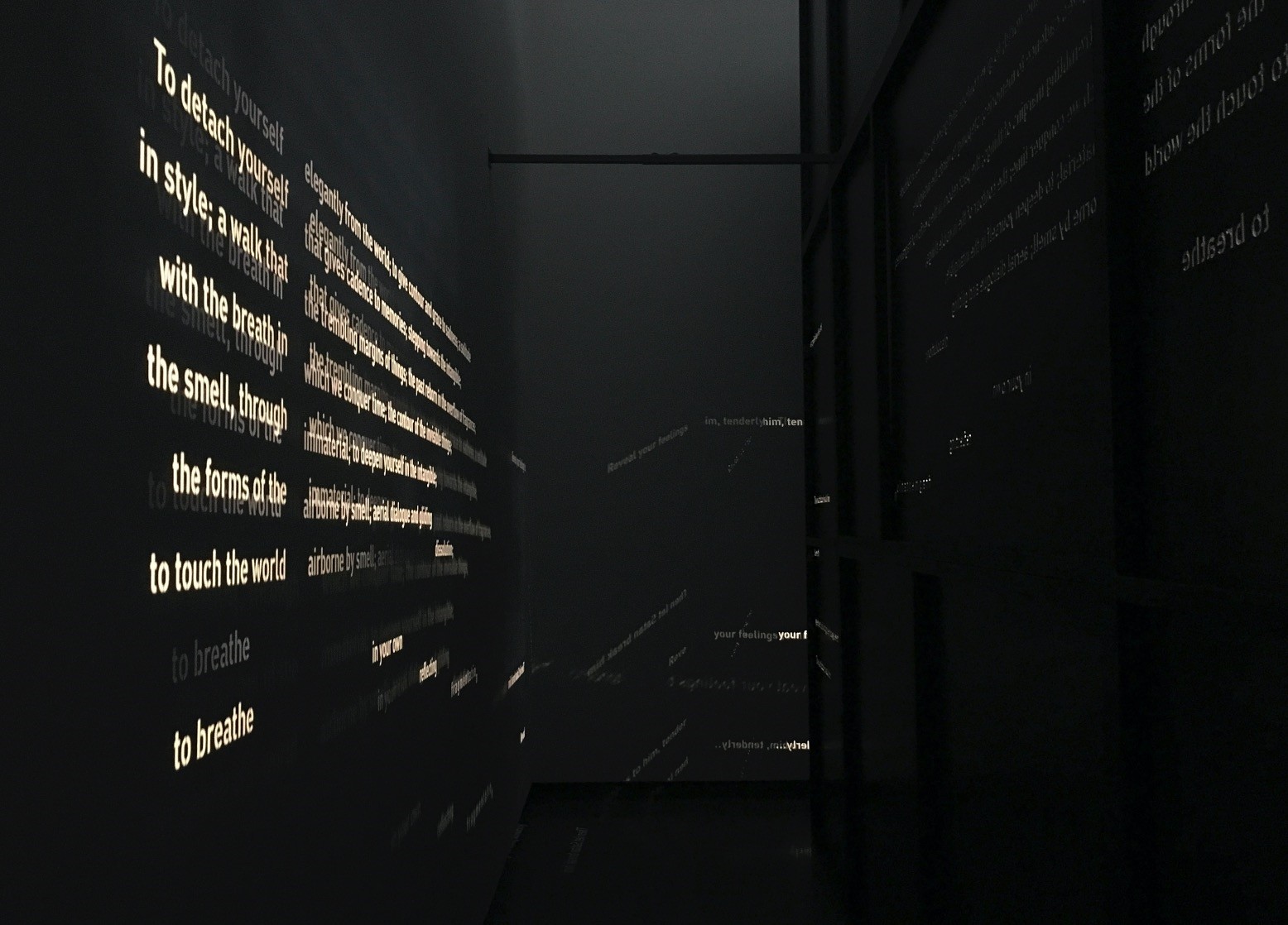 I was in the city of Arnhem in the Netherlands with artist friends from the Middle East to celebrate the beginning of spring. We were talking about Rasheed Areen's exhibition when my friend asked me, have you seen Tony Chakar's show at Van Abbemuseum, then the other day I found myself in a train toward Eindhoven to see the solo presentation of Tony Chakar, which is titled "As in a Beginning," that the artist presents an inquiry on the notion of image. The title of the show refers to the figure of Homer, the storyteller in the film "Wings of Desire" from 1987 by the German director Wim Wenders. "As in a Beginning" can be visited until April 22 at Van Abbemuseum in Eindhoven.

The show is divided into two rooms where the first room on the right, "The Discourse of the Last Things Before the First" (2017) brings together different representational systems for apprehending the visual world. The piece in the middle that gets most of your attention, which is a golden background Christian Orthodoxy icons where the baby Jesus is on his mother's lap (Mother and the child or Mary and Jesus). And behind it, we see comparison of various representation methods from the Renaissance until today. 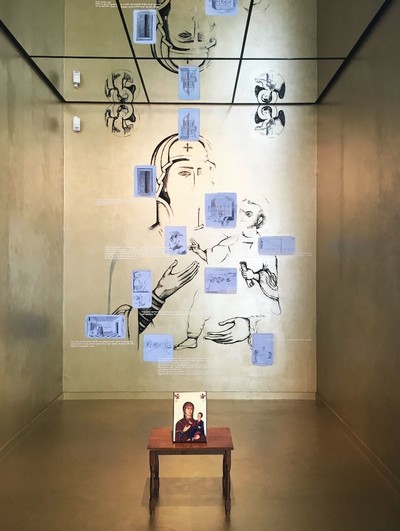 In "The Discourse of the Last Things Before the First" (2017), the piece in the middle that gets most of your attention, which is a golden background orthodoxy's icons where baby Jesus is on his mother's lap. Behind it, we see comparison of various representation methods from the Renaissance until today.

The comparison in Chakar's work evoked me to look up a book called "Pornography of Image" from Turkish art historian Zeynep Sayın. It is quite an interesting book, which talks about what an image is and what it does by discussing from the angle of aesthetics of orthodoxy's icons, Roman Empire dead masks, Anatolian miniatures and modern representation methods. According to Sayın, "There is no proper perspective in orthodoxy's icons, not because they didn't know what perspective is. It was an intentional choice not to use perspective. They were intended to make the icons as the one (Sacred monks, apostles, and God) who observes the one (believer) in front of it. It is an important mark to mention the intention of the icons, being observed by them where the power of gaze is in the hands of the icons in this case, not the spectator human. On the other hand, the aim of perspective, in contrast to icons intention, is to transform the visual image into a representation of the invisible. Perspective, which determines what is ahead, what is far and near, is dominating the view because it only trivializes the invisible and transforms it into something viewable and controllable. Tony Chakar supports this idea: "The perspective way of seeing the world was truly revolutionary when it was established in the Renaissance. Its beauty came from its simplicity and from the absolute rationality of its process. But the end result was a representation of the world as a world of things, things that can be quantified, and 'touched,' and owned." 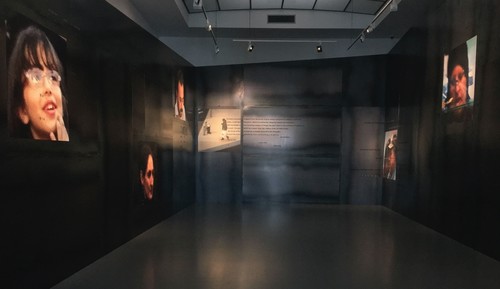 In the installation "Of Other Worlds that are in this One" (2014-2017), which is a metal structure, we see images, cut out sentences and words.

The second room has the atmosphere of a religious temple. The lights are dimmed and the artist has placed three metal pieces that are ceiling-sized at the back wall of the gallery space. In the installation "Of Other Worlds that are in this One" (2014-2017), which is a metal structure, we see images and cut out sentences as well as words. The metal structure holds images of different people that Chakar discovered by coincidence through facial recognition software in photographs of empty cityscapes taken during his travels, as we learn from the catalog. Chakar identified them as "moments of vision." These semi-ambiguous images are combined with esoteric writings - Muslim, Gnostic Christian, and Kabballah mysticism - which is cut out of the metal wall and thus become negative tracts. As a visitor, you have a chance to walk behind the walls and you see the texts reflected on the wall of the gallery space. My initial feeling of the religious temple reached to the top by experiencing this part of the work. With this explicit choice, the artist breaks down the cold effect that comes from the metal material itself.

In "As in a Beginning," Chakar's installations suggest a double reality by placing a mirror on to the ceiling and making metal structure negative plates where you can see the reflected texts behind them. They attempt to show what is beyond the image; disparate analogy, which gives us a double reality that is swayed in-between visible and invisible worlds of images.

I definitely suggest that those who have a chance to visit Van Abbemuseum through April, in order to see the show of Tony Chakar, to experience his pondered process of different representational systems to understand the visual world, which is quite essential within the time of Instagram, where images lose their meanings in just milliseconds.