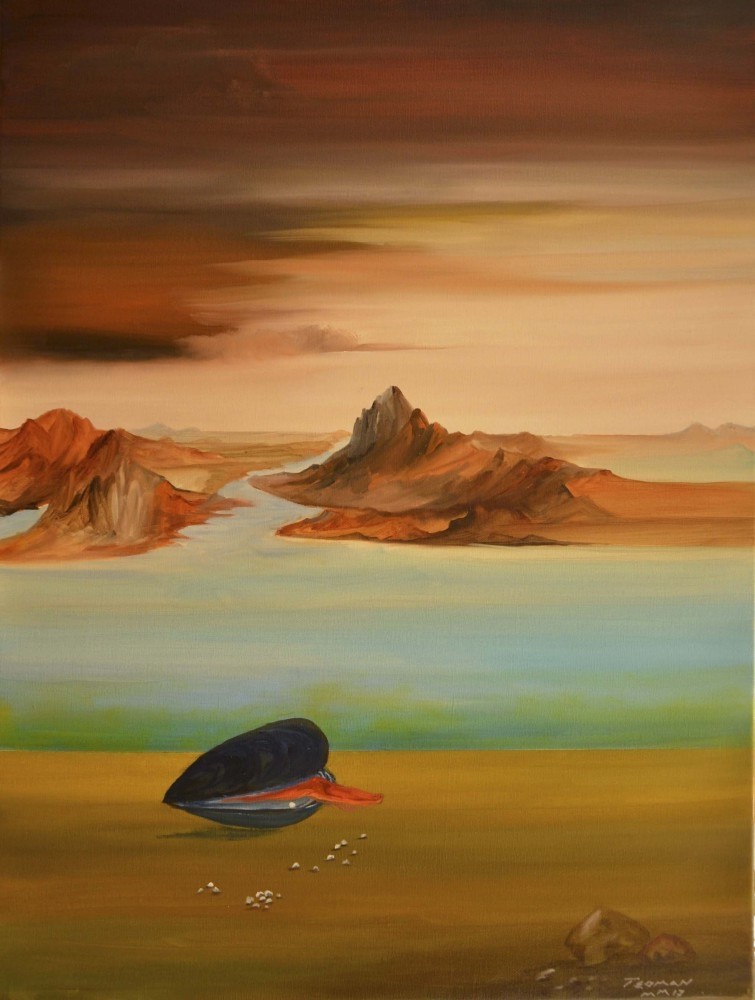 The painting exhibition by Teoman Südor, who has been creating art for 55 years, "Sonsuzluk" (Eternity), based on nature, light and philosophy independent from time and space is at Gallery Diani until April 28. As the name suggests, the pieces at the exhibition simplify and keep the artist's experiences gained through art, but also question the eternal cycle of nature and humanity by combining temporal and spatial elements time and space while enhancing the colors on the artist's palette.

Südor's pieces, like in all his other exhibitions, are a continuation of his previous exhibitions and his creations form his spiritual perception. Professor Ayla Ödekan said: "In the space Südor defined, the sky and the earth are in dialogue" and professor Nükhet Güz said: "He uses light extremely spiritually and is a master of light."

The exhibition is a straightforward, simple spiritual journey through oil paintings and symbolic narrative.

The exhibition will include a talk with Südor on April 21, Saturday.

With 55 years practicing as an artist, Teoman Südor graduated from Bedri Rahmi Eyüboğlu workshop of the Istanbul State Arts Academy and did his doctoral studies with a state scholarship at the Roma Fine Arts Academy in Rome, Italy, where he went with his wife Gülseren Südor, who is also an artist. He continued producing during his education and became an academic at Istanbul Technical University when he returned to Turkey and completed his proficiency in arts in 1985. After the retired in 2006, he continued teaching at Istanbul Culture University. He has opened nine personal exhibitions in mainly Italy and Austria, 67 personal exhibitions in Turkey and participated in more than 20 fairs, biennials and triennials both abroad and in Turkey. His pieces are included in many collections and museums in Turkey and abroad. He has received many awards throughout his career.