Beauty of Beyoğlu and Pecs in photo exhibition 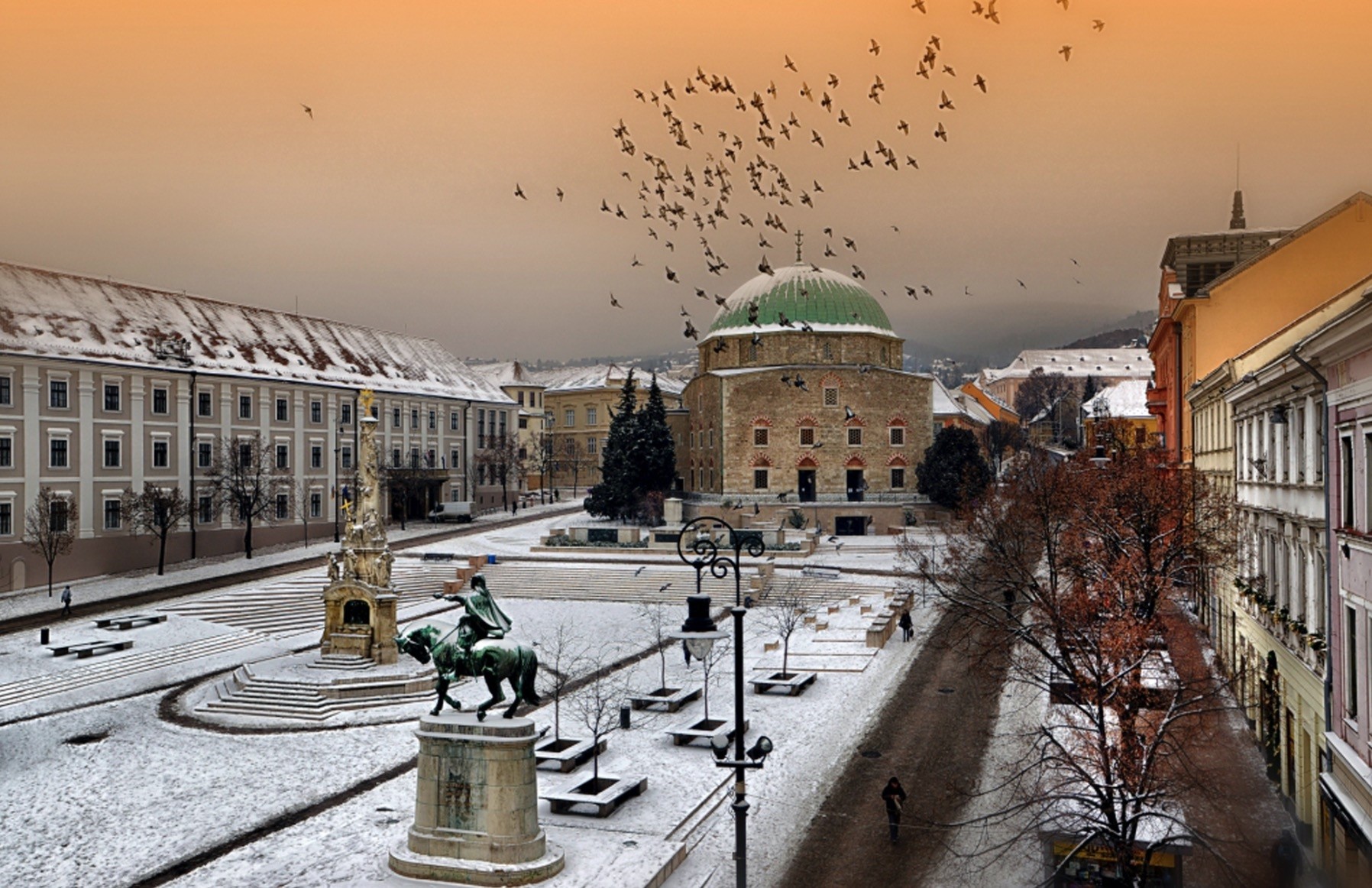 As part of a project jointly conducted by the Beyoğlu Municipality and the Pecs Municipality of Hungary, a photography exhibition, "Two countries, One Camera," opened in Taksim Square displaying the beauty of Istanbul's Beyoğlu district and the city of Pecs in Hungary are on display. The exhibition, which has been visited by many local and foreign people, won recognition.

Beyoğlu and Pecs have been sister municipalities since 2009. Fourteen Hungarian and Turkish photographers took photos of historical and tourist areas in Beyoğlu and Pecs for the project, which aims to protect and transfer historical and cultural character between the two countries to the next generations. The photos were first exhibited in Pecs and now Taksim Square. Many guests, including Beyoğlu Mayor Ahmet Misbah Demircan, Pecs Mayor Pava Zsolt, Beyoğlu District Governor Savaş Ünlü, Hungarian ambassador to Ankara Gabor Kiss, attended the opening ceremony.

Mentioning about the exhibition, Demircan said: "There is a bond between the Beyoğlu Municipality and Pecs. Istanbul was the European Capital of Culture in 2010, and Pecs had it later. Therefore, we got close. I am very impressed by my photo that was taken in front of Kasımpaşa Mosque in Pecs as a person from Kasımpaşa. We signed a sisterhood agreement today and organized the exhibition, which introduces the two cities. It is in Taksim for the first time. It is really beautiful."