Nature lover creates art out of garbage from sea 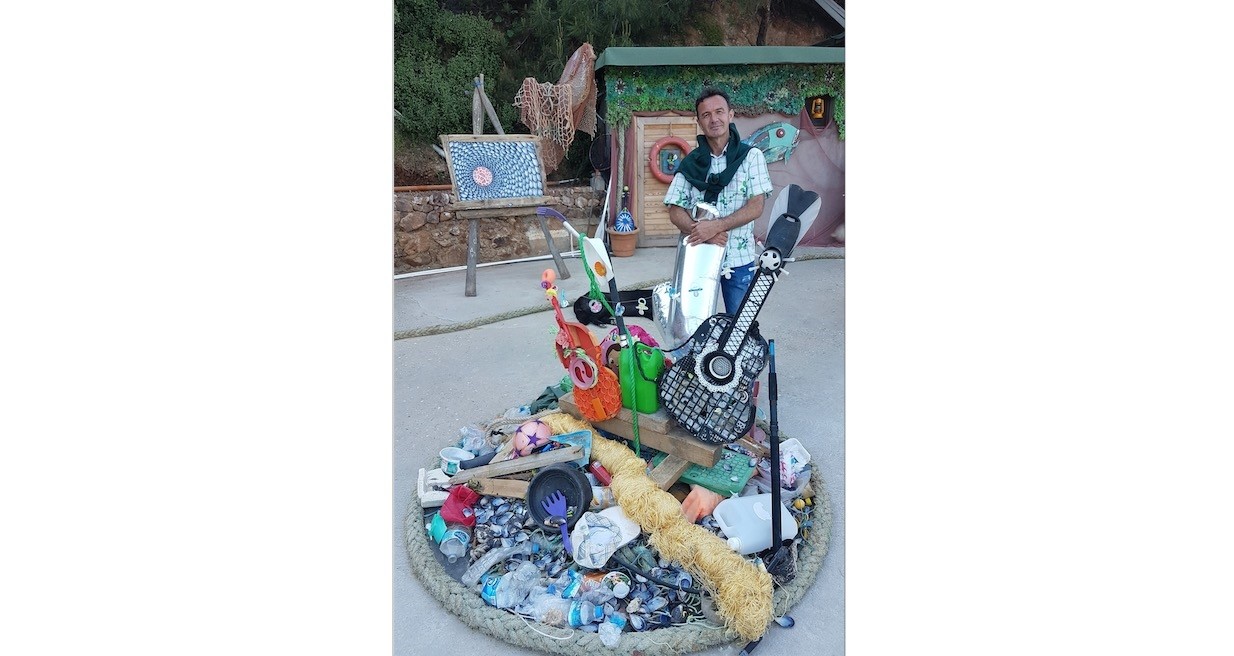 Sea and nature lover Şinasi Yelkenci, who describes himself as the garbage man of the sea, exhibits the works he created with waste that he collected from the sea in Cennet Beach in Burgazada. The exhibition, which features works carrying a social message, will continue until the night of May 6.

Collecting garbage voluntarily from the sea for years, Şinasi Yelkenci is the only Turkish artist who is among the 100 figures from 36 countries in the International SplashTrash ArtExpo. Yelkenci wants to draw attention to environmental pollution which becomes unrepairable and the slaughter of nature in order to reach his ideal of keeping the seas clean.

The works, where many wastes come from the sea, include guitar necks, plastic, underwear, fishing nets, ropes, rugs, carpets and rubber shoes, are turned into attractive things like a flower pot, and are presented to visitors in the "Art Coming from the Sea" exhibition.

While the world gets dirty with industrial waste, clean water sources disappear and hunger threatens many parts of the world, the artist struggles for a livable world as an idealist volunteering as an environmentalist. This is why he has been collecting garbage from the sea for 20 years and turning it into artwork.

Collecting the works which he created in Burgazada, where he goes on the weekends to get away from the busy and stressed city life of Istanbul for four years, in an exhibition with the encouragement of some friends, Şinasi Yelkenci said, "My works have a message about social events. I made the Maiden's Tower in Marta Bay in order to draw attention to violence and rape against women."

It is possible to see some of Şinasi Yelkenci's pieces which have been transformed from garbage into artworks via his Instagram account and the social media accounts of Sailor Coast Design. Yelkenci invites everyone who is environmentally-conscious, as well as official authorities and art lovers. He especially wants to see children among the visitors to the exhibition.