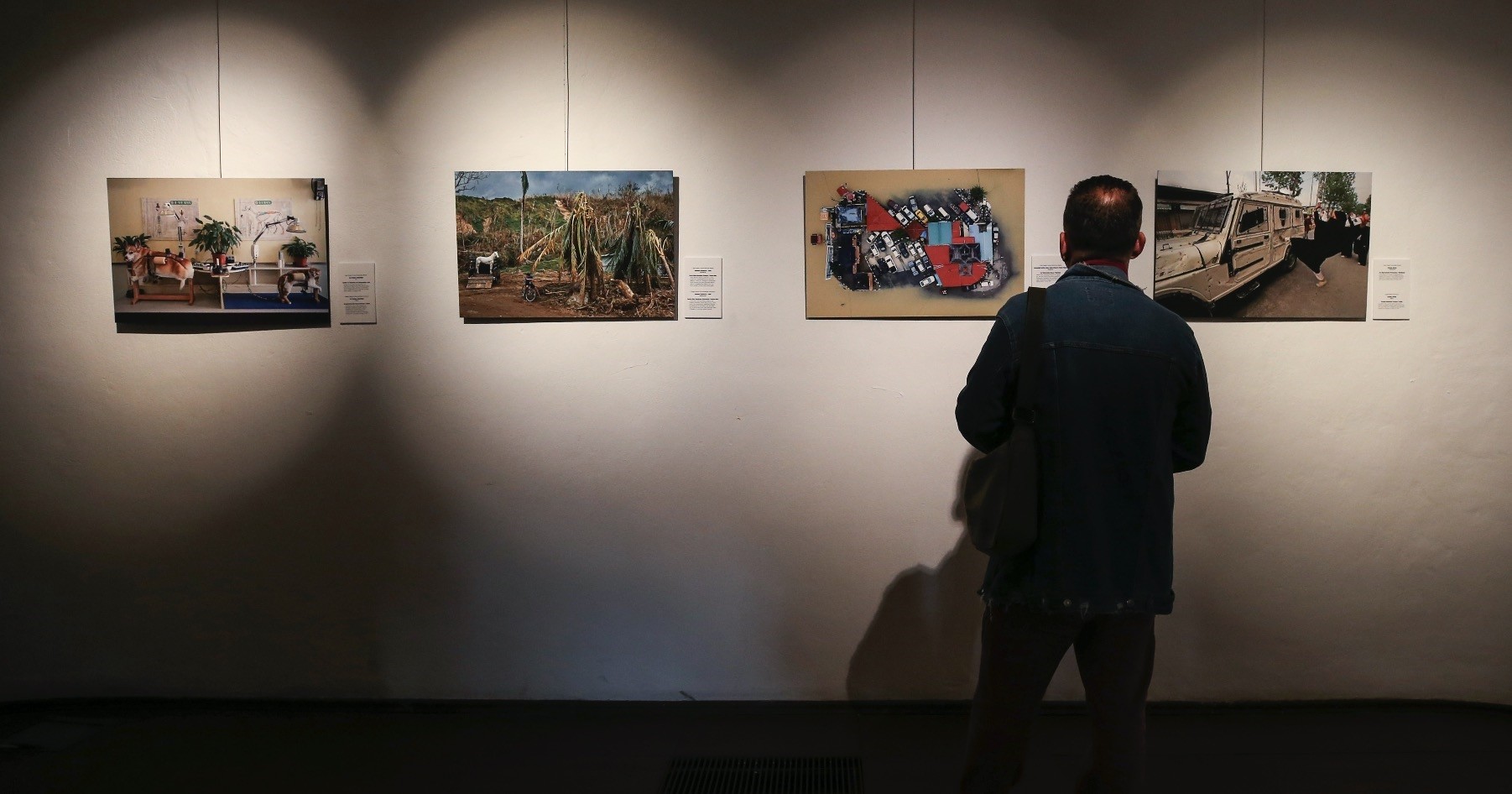 Reuters photojournalist Sagolj's striking shot of an 11-month-old dead Rohingya boy, whose eyes were covered with leaves, was chosen as photo of the year for 2018.

All of the winning photographs from this year's awards are displayed at Maksem Cumhuriyet Art Gallery in Istanbul's teeming Beyoğlu district.

Speaking ahead of the opening ceremony, AA's visual news editor-in-chief Ahmet Sel said that although it is only the contest's fourth year, the number of participants has already increased and those joining the contest were some of the best photojournalists in the world.

"Both the prestige and the recognition of this competition, which our agency has organized, have reached a very high point in a short period," Sel said.

Sel described photojournalism as one of the most difficult professions in the media sector and said most of the time these people risk their lives to carry out their jobs.

"[Photojournalism] requires a very serious devotion and special talent because we have to convey to the audience some items that contain emotions, aesthetes and information," he added.

Commenting on this year's winning photo, Sel said the photo is about the tragedy of the Rohingya Muslims, who were fleeing to Bangladesh from the restive Rakhine state of Myanmar.

Since August last year, more than 750,000 Rohingya Muslims have fled their homeland amid a brutal crackdown by the Myanmar security forces, according to Amnesty International.

Although it is a photo of a child who lost his life, Sel said, the picture focuses on emotions and giving information about a fact.

"At the moment when the child's life ends, covering his eyes with tree leaves, which are the symbols of life, gave a different dimension to the photo," he added.

Speaking at the ceremony, Anadolu Agency's Executive Board Deputy Chairman Saban Kizildag said the exhibition will also be displayed at the United Nations headquarters in New York as well as in the Russian capital of Moscow.

The exhibition will be open to visitors until May 15 and a selection of the winning photographs can also be seen in Taksim Metro Station during the time of the exhibition.

The contest received 37,000 applications from 125 countries and the international jury awarded 27 photographers from 22 countries in single and story categories of news, sports, portrait, nature and environment and daily life.

The Istanbul Metropolitan Municipality, Turkish Airlines and Turkish Cooperation and Coordination Agency (TİKA) are sponsors of the contest.