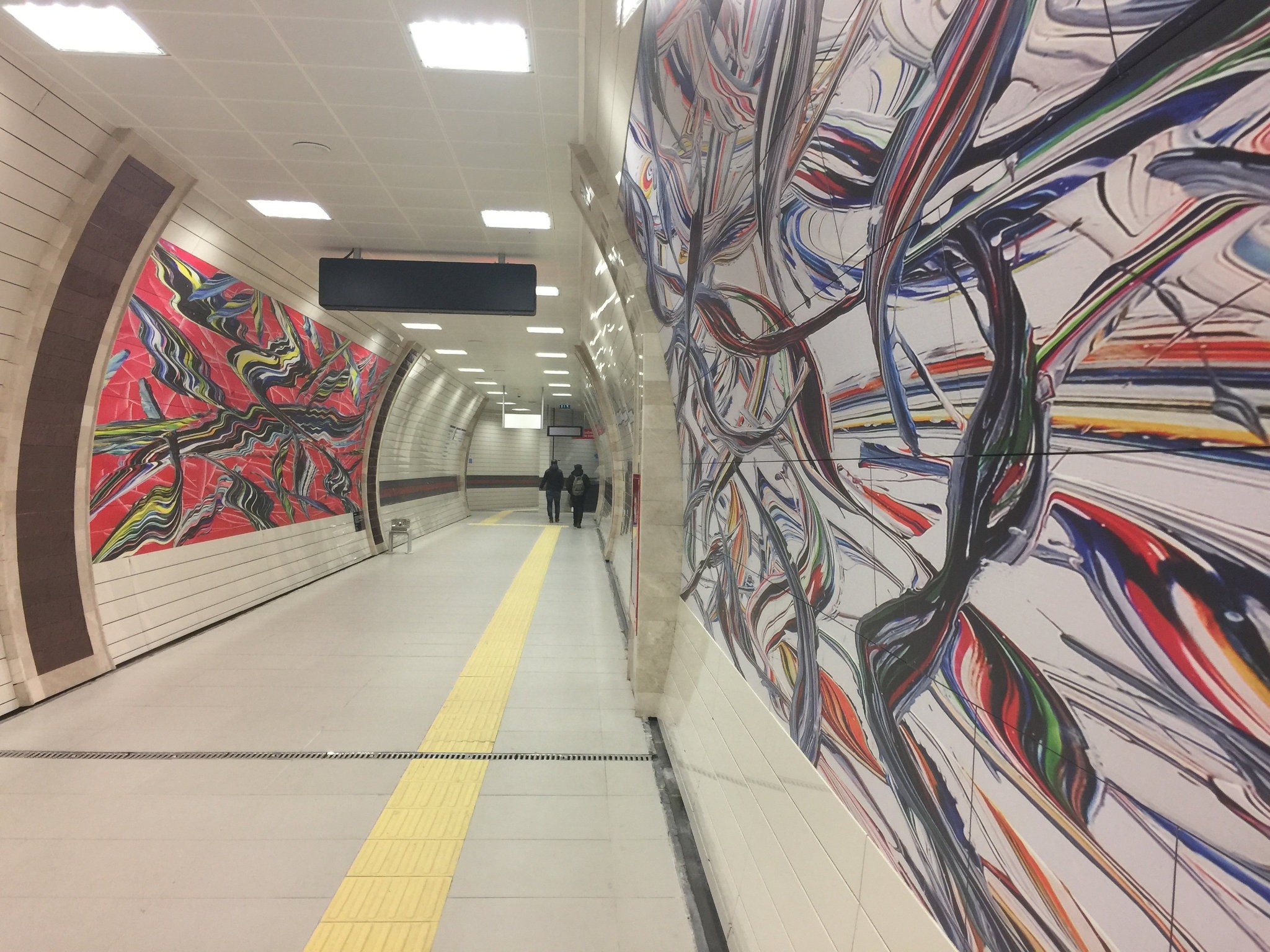 If you have used public transportation in Istanbul, especially the subway, there is a good chance you've seen the paintings of the world famous artist

Istanbulites are quite familiar with world famous Yücel Dönmez, who led the way in contemporary art in Turkey. Wonder how? Subways. People observe his reverse glass paintings, digital collages and abstract paintings where he synthesizes contemporary and traditional in subway stations in Istanbul. We were a guest of the famous artist at his workshop.

He spent his youth in Erzurum and came to Istanbul for his love of painting when he was 23. He continued his education in art while he was a freelance journalist. He was also the first national mountaineer and skier in Turkey.

'Yaşar Kemal called me a mountaineer' 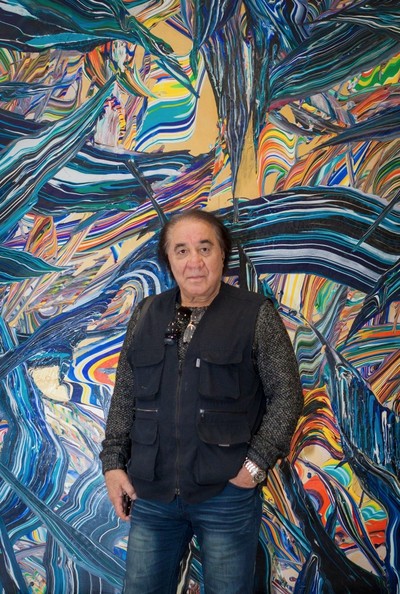 Dönmez was known in the press world in 1969 and met Yaşar Kemal at that time.

"Yaşar Kemal saw me at the accounting office. After meeting, he told me 'I wrote Mount Ararat but you wrote better.' We were very close to each other the following years. He called me a mountaineer," the painter said.

In his life, journalism and art continued together but painting was always his passion.

Dönmez, a pioneer who changed perspectives in contemporary art, explained that he did everything that he wanted in his life.

"I named the works that I created in 1974, when there was no similar piece in the world, as nature arrangement. When I painted on snow for the first time ever, people described me as an insane person who painted snow with coal. My rock statues could not be understood. When there were no digital works in Turkey, I took the photos of my paintings and created digital pieces with them. However, everyone cared about oil painting on canvases. I could not be appreciated by the art world," the artist said.

Synthesis of traditional and contemporary

Dönmez stressed that he developed an authentic technique in his abstract works.

"I create a contemporary synthesis of Turkish-Islamic art. You can observe Anatolian colors in my paintings. I started from the culture and geography dating back thousands of years ago. I made authentic works with my own painting style. I presented innovations to the world art," he said.

He decided to return to Turkey in order to transfer his art accumulation when he was living in the U.S. He taught painting and styling in "Art and Vocational Training" courses at the Metropolitan Municipality of Istanbul (ISMEK).

He has works in important collections. He does not remember how many exhibitions he opened. The number of his paintings has surpassed 1,000.

His paintings, digital collages and reverse glass paintings took their places on the walls of subways in 2015. Officials contacted him by chance.

"I accepted the offer and my paintings and reverse glass paintings took place in subways. Besides, the first digital work that I made for a public area was these pieces," he said.

Then his works started to be exhibited on other stations of the metro line. His painting titled "Modern Turkey" is in the Şişhane station of the subway. Kirazlı, Bağcılar, Yenikapı and Aksaray stations are among the stations which he touched up with his art. He says he completed eight works for the Altunizade metro station, synthesizing Turkish and Islamic art.