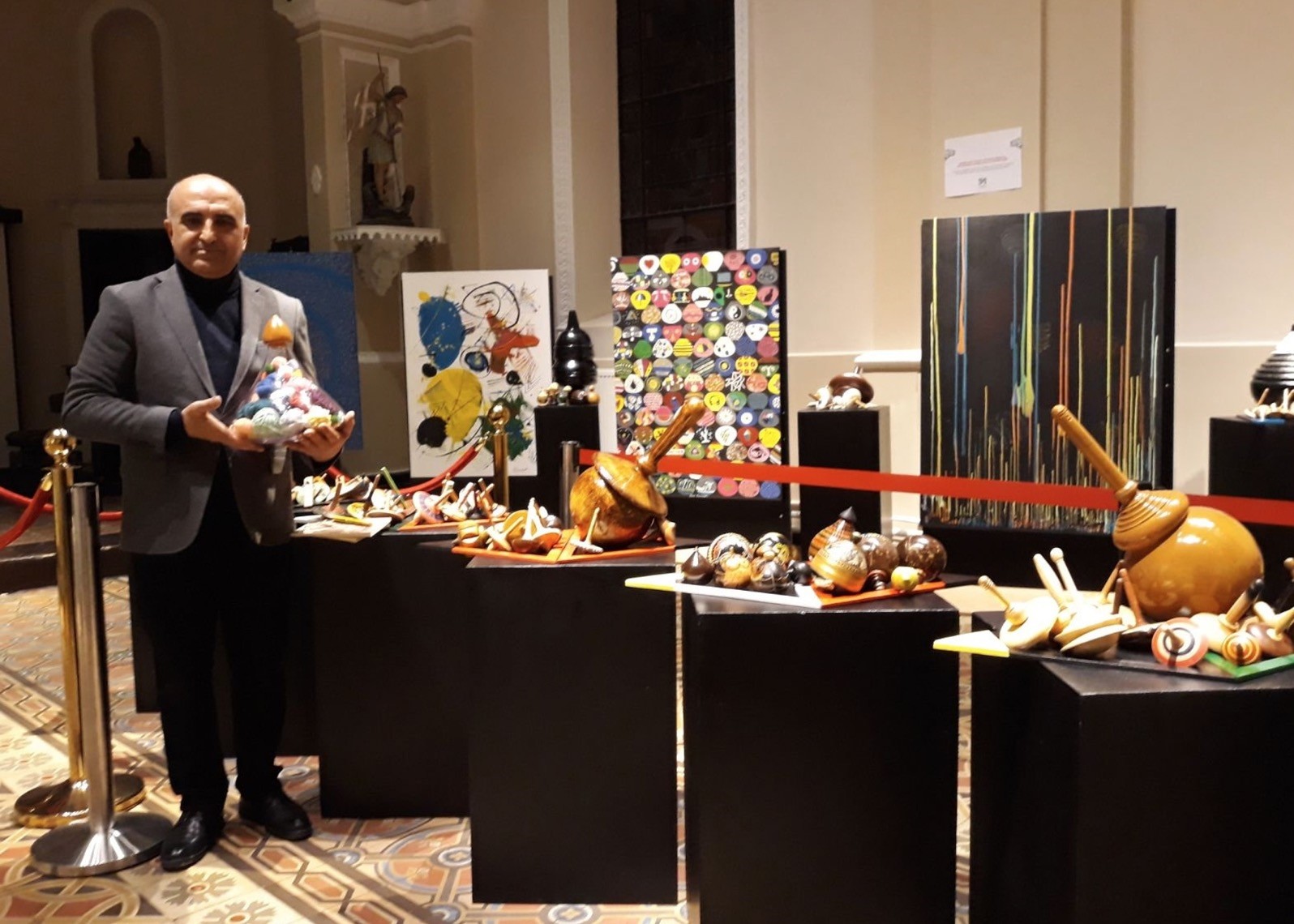 Spinning tops were the most popular toys once upon a time. Not only children but also adults played with them. Literary figure, artist and collector Remzi Karabulut is one of those who set their hearts on these toys. He has been working on them in his abstract paintings, stories, statues and films for more than 40 years

Remzi Karabulut is a lover of spinning tops. He has nearly 3,000 spinning tops in his collection made out of glass, wood, marble, iron, silver and gold. Karabulut not only collected them but also wrote and shot a film about them; he sculpted and painted them. Besides, he produced many spinning tops on a lathe. He wants to open a museum for them, as well. We talked to Karabulut about his life, art and passion of spinning tops.

Karabulut's passion started in the Sarıkamış district in Kars province in his childhood. He desired a spinning top while his friends were playing with theirs. However, he could not buy one, as he did not have enough money. Then, writing, painting and lastly spinning tops became indispensable to his life.

Talking about the old days, Karabulut said: "I was reading like crazy. The more I read, the more I recognized that the world was not limited to my village. I was dreaming and wanted to both write and draw my dreams. I always look at everything as an inspiration for writing and drawing. This approach comes from these years. My passion for spinning tops started in the same years, as well. More precisely, it is a situation that rose from poverty and turned into a passion. Most of my friends had spinning tops, but it was hard to buy even one for me as we were poor." 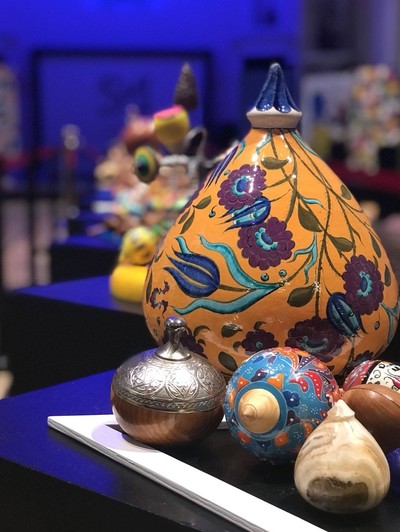 After Karabulut moved to the Tarsus district of Mersin province from Kars with his family, his passion caused him to be a collector. He started collecting different spinning tops. He said: "I have nearly 3,000 spinning tops made out of glass, stone, wooden, marble, silver and gold. For example, dealing with spinning tops is not play but a sport in China. Comprehensive festivals are organized every year. In my collection, there is a spinning top that is like a Matryoshka doll. One spinning top can turn into 24 separate spinning tops, falling to pieces."

Karabulut also mentioned a memory: "I bought a spinning top from an old lady some years ago. It was an old spinning top that she played with in her childhood. I persuaded her and said that I collect spinning tops and will add it to this collection. Some years later, she dropped by the store where my spinning tops are kept. She asked about her spinning top, and I showed her my exhibition. She examined all of them with great curiosity and said I'd made a great work here."

He wrote, painted, sculpted and shot a film

The artist was not satisfied with playing spinning tops. He started to produce wooden tops with a lathe. "If you love something and try to develop it, it can reach an unbelievable level one day. I started to paint tops and it wasn't enough. Then, I recognized spinning tops were not painted much in modern painting history. For me, it is important that they have an artistic side apart from being a toy. I am really interested in this side. It has an artistic power for me. It is exciting to write and shoot films about them and paint them."

He also spins these toys skillfully. He mentioned he is better than the top Indian spinning master who can spin 500 tops in five minutes. He said, "I can spin more than 500 tops. I am just not interested in the show world. This is why I do not show my talents."

Even if he has quit writing, the artist continues to paint and sculpt in his workshop in Tarsus. "It is entertaining for me to paint spinning tops. I show the toy's relation to art while exhibiting them. I also want to open a spinning top museum. If there is someone crazy like me, he or she can help me. Besides, I request those who know something about tops to share their knowledge with me. The more we share, the better we will be," he remarked.

Karabulut reported that his exhibition, "Kaytansız Dünya Topaç Sergisi" (World without Cord Yarn Spinning Tops Exhibition), in Saint Michel French High School won recognition. Karabulut said: "I met new people with this exhibition. People started to call me from different countries. I was invited to many places. They wanted me to open an exhibition in their countries, as well. I started to work with a new discipline. I want to show people how this object can be more than just a toy."

"The first spinning top was a stone the size of a palm. People drilled a hole and put a branch in it and spun it with both hands. Sources indicate that this happened around the 14th century. Unfortunately, there are non left today. They were played and destroyed. Therefore, it is impossible to find tops dating back a century ago. They were made out of stone, mine, glass, silver, gold, lead and even tile," Karabulut said.