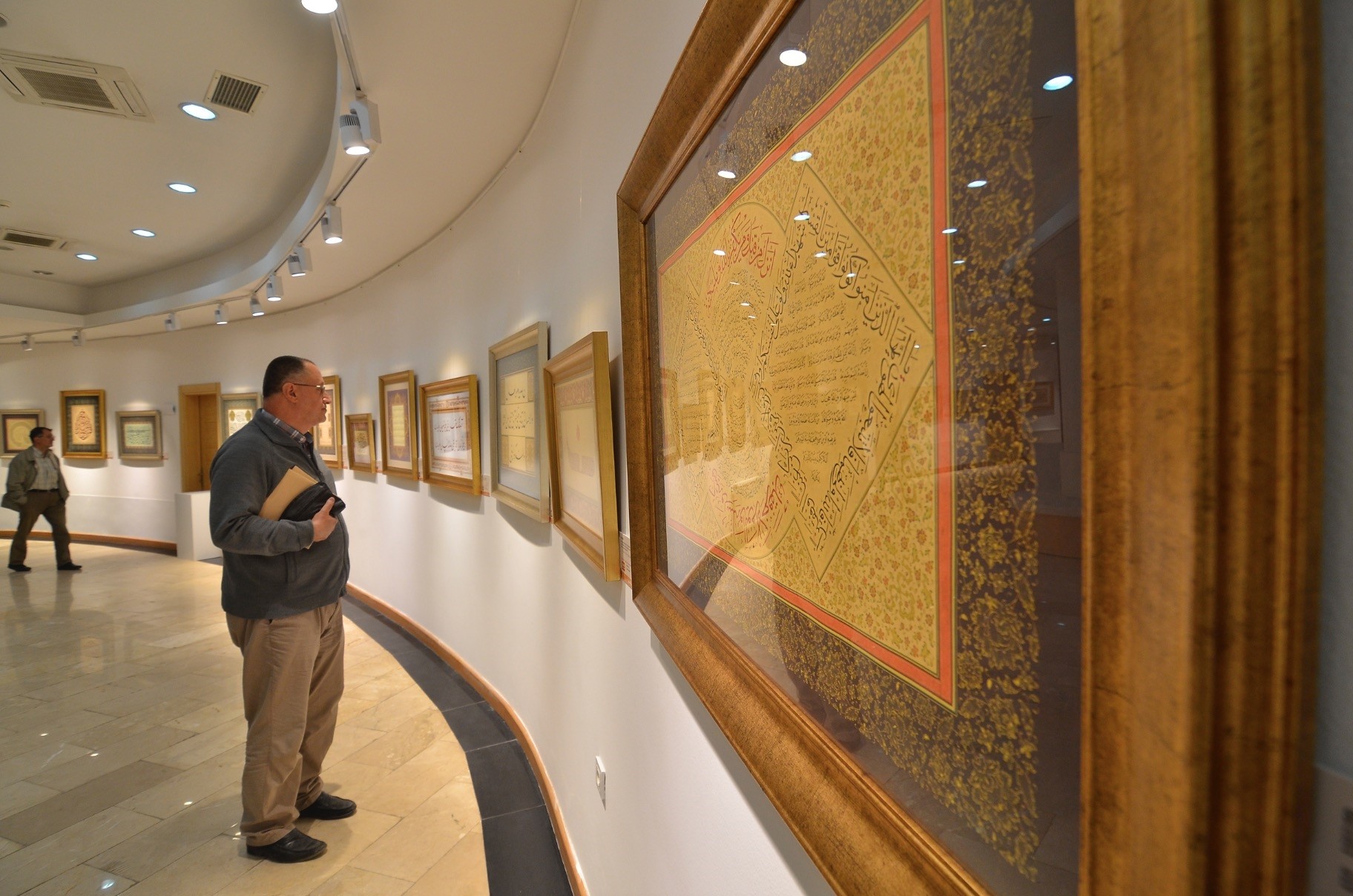 "The Pen's Bounty," a calligraphy and illumination exhibition featuring works from the renowned Albaraka Collection opened at the Çorum Municipality Art Gallery Friday.

"Albaraka Türk has been sponsoring the art of calligraphy for almost two decades now and with great success," General Manager of the bank Melikşah Utku said at the opening ceremony.

He added that they are striving to introduce calligraphy to people and help them look at life with a sense of aesthetics and beauty.

Utku said Albaraka Türk's calligraphy competition only involved participants from within Turkey but later events eventually accepted works from all over the world.

"Albaraka Türk set on a journey 20 years ago to improve the art of calligraphy. International competitions have been organized in this respect. While only Turks participated in the first few competitions, but soon we had entries from all over the world. We believe we have improved the calligraphy scene in Turkey in the last two decades. We are proud of it," he said.

The exhibition has traveled to different places in and outside Turkey, including major cities in the U.K., Austria, the U.S. and Malaysia. It introduced Turkey and the best examples of Turkish-Islamic art on the international stage.

Utku said the exhibition generated great interest wherever it traveled. "Our aim is not to advertise and promote. We want the visitors to look at their lives with the sense of aesthetics and beauty. The words of Hasan, Hüseyin and Hüsn-ü Hat, which is the title of our exhibition, share the same root in Arabic. They all mean goodness and beauty at the same time. Our aim is to reflect this beauty in our work, business, family and social relations; to introduce aesthetics in our daily lives. Turkey has a great potential. We observe this potential, even more, when we visit other countries. This potential, in the end, will definitely be unlocked."

The exhibition will be open until June 15.