Mughal exhibition in Kabul a reminder of the city's artistic glory 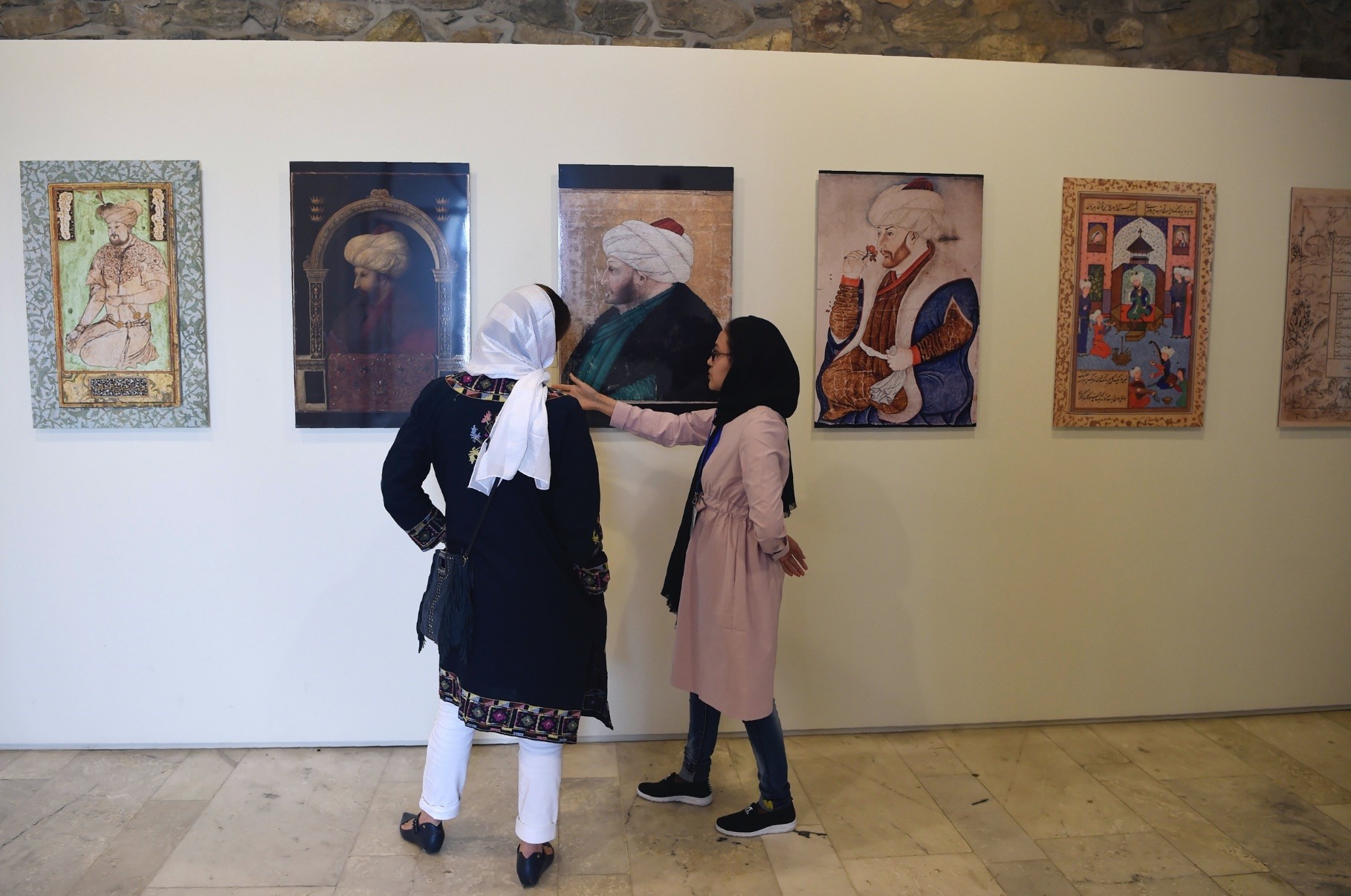 Afghan visitors walk past the display of Mughal paintings at the u201cKing Baburu2019s Kabul, Cradle of the Mughal Empireu201d exhibition in Kabul.
by Jun 05, 2018 12:00 am

Disfigured by four decades of war, the Afghan capital Kabul offers few reminders of its former glory in Islamic art or religious tolerance but a rare exhibition of Mughal paintings seeks to change that.

Dozens of enlarged reproductions of miniatures – highly detailed paintings the size of a school notebook – that were created in Kabul during the 16th century have gone on display in Babur Gardens where the first Mughal emperor is buried among roses and pomegranate trees.

For American historian and Islamic art expert Michael Barry, the exhibition of more than 60 paintings is the culmination of a promise he made to himself while working in Kabul over the past decades.

"When I was standing in this garden, shattered under mortars and rockets in the 1990s [civil war], I swore to myself that one day I would bring back its glory," Barry told Agence France-Presse (AFP) recently during a tour of the display he curated.

"It's a way to restore the legitimate cultural pride of a country that has lost so much, to show what its ancestors were able to create and what they are still able to give to the world."

The original miniatures are held in private and institutional collections around the world and are so delicate they need to be kept in the dark most of the time, Barry said.

To enable ordinary Afghans to see the precious works and appreciate the richness of their country's artistic heritage, the American Institute of Afghan Studies ordered enlarged, high-resolution copies of the paintings on metal to be made in Paris.

"This imaginary museum restores in Kabul what made its glory," Barry said, as he walked around the hall of reproductions.

In the mid-16th century, several painters from the western city of Herat, where miniature painting flourished under the Timurid empire, were invited to Kabul by Emperor Babur's son, Humayun.

The paintings created in Kabul gave birth to the Mughal art of India, Barry said.

Babur is one of the last Mughal gardens and has been described by UNESCO as "an outstanding example of a cultural landscape." Emperor Babur designed it before he conquered northern India and it eventually became his final resting place.

The garden was devastated during the Afghan civil war in the 1990s but has since recovered with the help of the Aga Khan Foundation to become a popular place for young couples and family outings.

Barry hopes the exhibition will remind Afghans that their country once boasted "tremendous wealth of extraordinary opulence, extremely refined arts and ... a policy of religious tolerance like no other in the world."

This tolerance was expressed in the proclamation of "Universal Peace" by the third Mughal emperor Akbar, who was deeply opposed to discrimination.

"Hindu generals and ministers served the emperor in equal rank with Muslims, both Sunni and Shiite," Barry said.

"The emperor was so interested in religion that he also invited Portuguese Jesuits from Goa to the court."

The exhibition also shows the connection between the Mughal dynasty and Renaissance Europe: golden halos flatter portraits of emperors, while cherubs, chubby and frizzy, cling to powdery clouds.

The miniatures also show women's faces as symbols of spirituality – a very different image to the one of heavily veiled women seen in Afghanistan today.

The apparent harmony on display provides a stark contrast to the discord in 21st century Afghanistan, which is divided along ethnic lines and haunted by religious extremists such as the Islamic State group that are intolerant of other faiths.

Barry said he hoped the exhibition would send a positive message to ordinary Afghans.

"This symbolic art is a wonderful signal to today's Afghans about the role played by an empire known for its diversity, religious tolerance and profound philosophy."