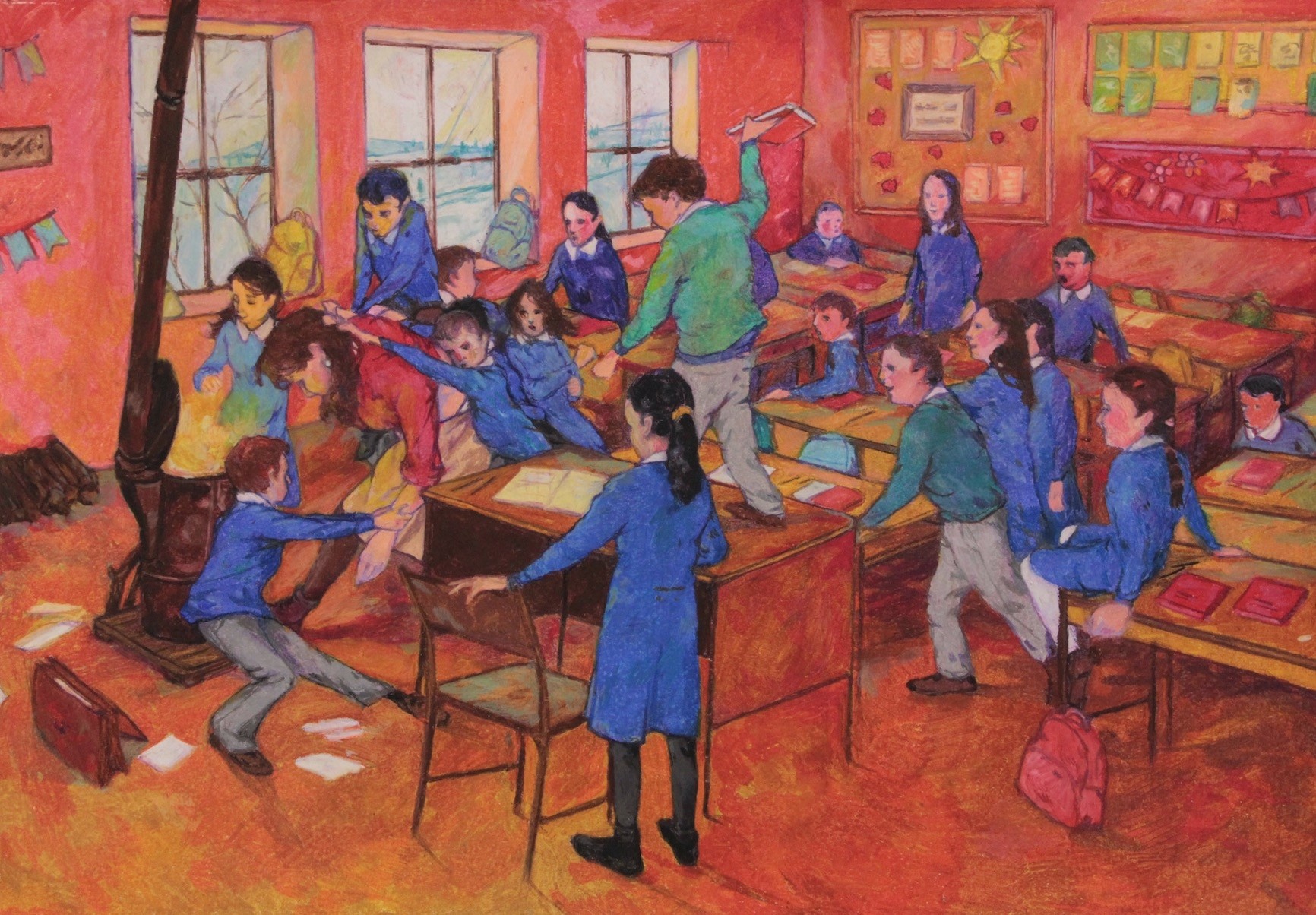 Since its inauguration, the Pera Museum has collaborated annually with national and international art and education institutions to organize exhibitions supporting young artists. ‘Shaken Image' brings together more than 100 works by 54 students from graduate art programs at the Fine Arts faculty of Hacettepe University

Curated by Dr. Dilek Karaaziz Şener, the exhibition inquires into the conceptual layers behind the image and their relevance in the production process through works from a wide range of disciplines, such as painting, sculpture, installation, video, print, graphic and ceramics. Şener indicated that nothing changes about the essence of art, but the way the new generation shapes the image is open to the realities of our age and added: "What those young artists produce on the nature of wars, migrations, investigations through identities and bodies, changing cities, a public sphere that transforms into a cosmopolitan memory, the meetings between tradition and modernity, the interaction between humans and technology, between technology and art, the individual and collective memory, multiculturalism, and other issues is the concept of a new, 'sacred' and 'unique' viewpoint." 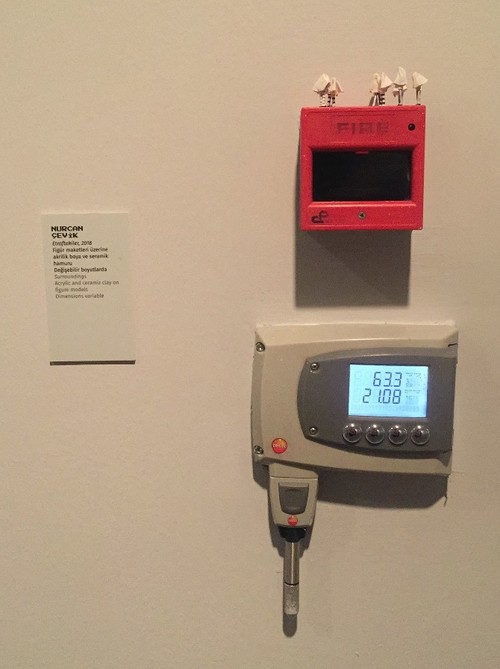 "Shaken Image" opens a new window enlightening the hopes and desires ofa new generation. The exhibition is on view at the Pera Museum, Istanbul, until Aug. 26.

Works tackle subjects such as investigations into new worlds, identities, spaces and feelings linked to destruction, eroticism and uprising; chronicles of artistic processes, ranging from investigations of objects to subjects, bodies and ideas; chronicles of memories; the concept of "play" and its objectives, creativity, freedom, originality; reality and mimesis; and photographs: symbols of the destruction of memory, as well as a power to sustain life. Works by 54 artists are on display in the exhibition. The work of one of them, Nurcan Çevik, spreads over two floors in the space.

After graduating from Hacettepe University, Çevik opened an exhibition, "Perde Arası" (Between the Acts), in Çankaya Municipality Zülfü Livaneli Cultural Center's Exhibition Hall. Then, she attended the exhibition "Boşluk" (Space). In 2016, Çevik's works were in the "İç Göç" (Internal Migration) exhibition, which was part of the "IO: Art Residence" in İzmit.

When it comes to the current exhibition at the Pera Museum, one work by the artist is located in six different places on the fourth and fifth floors of the museum.

She uses an extraordinary array of materials in her works. "I chose to use fabricated images in this exhibition. I generally prefer them in my works, as today's world is a fabricated place. In our childhood, a series of toys produced by a company entered many homes; for example, toy soldiers. We see ghost figures in this exhibition that were created to represent the image of fear in horror films. However, they were always absurd and funny. For me, this image is an indicator away from seriousness," Çevik noted.

Understood through her words, Çevik is highly influenced by childhood memories. "I can say that my inspiration and focus are memory and childhood. What I want spectators to remember and experience is the time when they could think more purely and childishly. World and time change quickly and there is no time to understand some things. The figures I use in my work are a detail and a play and a place of thinking for those who recognize them," Çevik explained. Creator of works that make these striking memories burn into the soul, Çevik's future plan is to make large projects in larger public areas to touch many more people over a longer period of time.