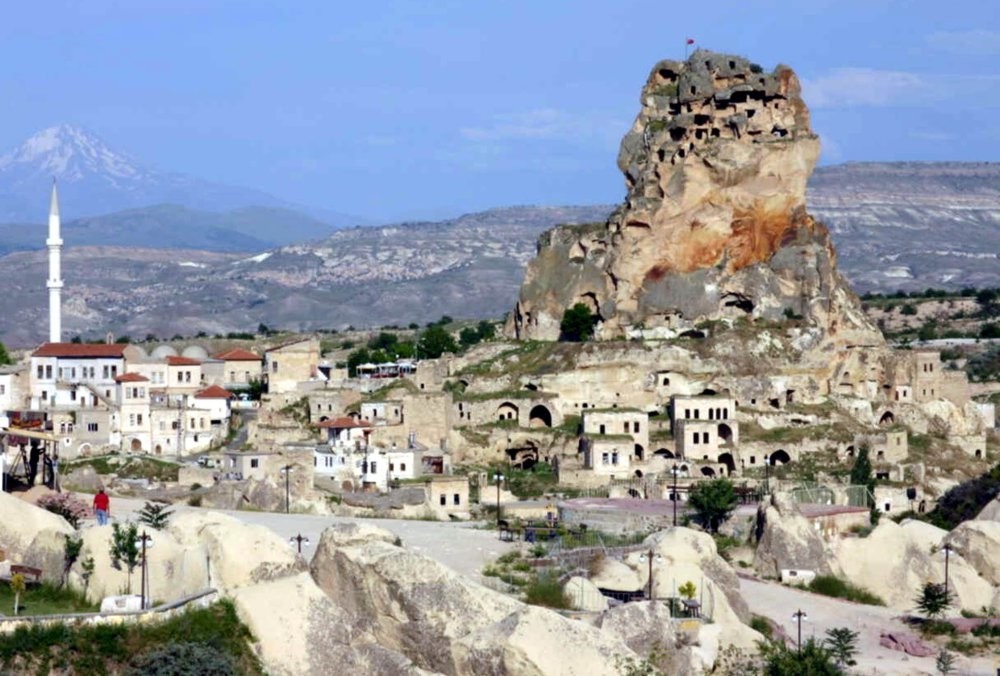 Ortahisar Castle featured a large notebook where residents could submit their comments and feelings about art and the festival.
by Celeste Ganderson Jun 25, 2018 12:00 am

A gathering of music, contemporary art, gastronomy and outdoor disciplines in events bringing together national and international creatives with participants from around the world, the Cappadox Festival presents a promenade of contemporary art installations as a main feature this year

Now in its fourth edition, the Cappadox Festival consistently brings new perspectives and energy to Cappadocia. In a region known for its boutique cave hotels, magnificent scenery and balloon rides, as well as underground rock cities, rustic-chic pottery and extreme sports events, famous-name concerts and exhibitions of contemporary art are still somewhat rare. The first Cappadox Festival in 2015 delivered the unique jazz fusion of the venerable Sun Ra Arkestra in addition to gastronomic events and nature walks: The main feature of this year's Cappadox, with the theme "Silence," is a promenade of contemporary art installations in the Cappadocian village of Ortahisar and the adjacent Balkanderesi Valley.

Offering a multifaceted look at how sound interacts with its surroundings, each installation is nearly fully integrated with its surroundings; signs and placards are the only indication that something out of the ordinary might be afoot. Exhibits are positioned amid nature, in caves, in a house or in a former library – spaces that are part of everyday public life in Ortahisar, yet somehow also private. As the festival organizers have stated, the aim of the promenade is to "highlight the junction between the 'urban' settlement and the 'rural' area of the town but, more significantly, the life once alive in this valley, its present configurations and its future as well." 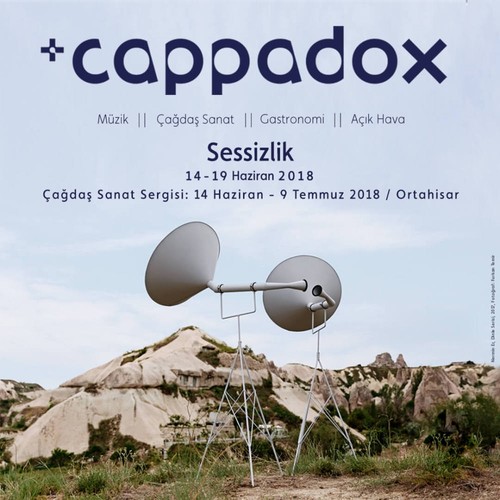 Within the urban settlement, the old section of the village itself, the first installation, "When Does the Minstrel Fall Silent (Desire and Fear) (2006-2018)," is a live performance set in the café in the tree-shaded Ortahisar square (also the location of the village's first ATM machine!). Inspired by the "Minstrel's Dream," in which a poet saw himself flawlessly playing a saz, despite his lack of skill, two performers – instruments in hand – are seated on a platform surrounded by an audience composed of both visitors and village residents. This silent performance, punctuated only by the call of birds and random traffic, was recorded; the video is shown in Ortahisar's Old Library, now a quiet gallery with high ceilings, white walls and gracefully aged wood floors.

Also inviting active participation from those living in the village, the first level of Ortahisar Castle, an imposing structure hewn from solid rock, features a large notebook where residents were encouraged to submit their comments and feelings about art and the festival.

Of the exhibits in Ortahisar village, one, in particular, stands out – "Blue Heart," by Sarkis, in an ancient underground cave church. The Ali Torun church, discovered years earlier beneath one of the village's typical stone houses, is off a winding street leading up to the fields between Ortahisar and Ürgüp. To access the exhibit, the visitor enters the courtyard of a Greek-style house with the traditional outdoor toilets of an earlier era, and via a labyrinthine path involving stairs, corridors and ladders, eventually emerges onto an indoor balcony overlooking the magnificent carved walls and dirt floors of a soot-blackened church. Suspended from the ceiling is the glowing "Blue Heart," a neon cage-like chandelier similar to other of Sarkis' works. While the art is certainly noteworthy, the church – in its dilapidated yet intact glory – overshadows its contemporary addition.

Exhibits in Balkanderesi Valley are both surprising and illuminating. Among the pieces are two sound installations: One is set in a cave under the overpass, and the other plays with the surrounding nature. Other caves feature exhibits that range from a beautifully stark ceramic tile series, also by Sarkis, depicting the architectural layouts of Armenian and Georgian churches; the tiles were produced in Avanos by local craftsmen. Another cave presents Erkan Ozgen's 2016 video, "Wonderland," a moving film of a young deaf-and-mute Syrian child describing the war; and a video of the sunrise performances of an Armenian choir, set in the valley, is featured in a different cave. An outdoor atelier and garden showcases artist Babi Badalov's tribute to Pippa Bacca, one of the world's many murdered women, while the Chapuisat Brothers' towering raw wood platform "In Wood We Trust" – reminiscent of a Balinese funerary tower – bestows both splinters and panoramic views on those willing to climb to the top. Subtler is Rossella Biscotti's "A Beast Epic" – concrete footprints of a rhino, a lioness, an elephant and a giraffe, invoking the fossils of wild creatures discovered near Nevsehir.

"Hidden Worlds" – perhaps the most spectacular installation in the series – is also the most ephemeral. A two-part site-specific installation by the renowned Dutch studio, RAAAF (Rietveld Architecture-Art-Affordances), this 'fire installation' "reflects literally and figuratively the life worlds behind the landscape of Cappadocia. After sunset it shifts the focus from the volcanic landscape to the oppressed ancient cultures that hid in the valleys. Behind the millions of man-made holes in the rocks underground cities are obscured from view."

To present a visual: The downhill dirt path leading to Balkanderesi Valley is lined with caves and rocks, some with colorful frescoes still visible outside and inside. Humans lived in some of these carved-out spaces as recently as 50 years ago; others functioned as tanneries or food storage facilities. Some, like the brightly marked pigeon houses, are still utilized (the birds' guano is a valuable fertilizer). The path itself is in continuous use by local residents, who walk dogs or graze livestock around the valley's tree-shaded pathways, or access gardens and summer cave houses.

At dusk, for three nights of the festival, candle-lit fires began to flicker softly inside the caves, creating an eerie yet stunning effect along the unlit path. One can imagine the former inhabitants of these dwellings lighting their evening fires, cooking and sitting with each other, getting up occasionally to feed the fire, fetch tea or put a child to bed. The ever-changing landscape, the moon phases and the viewer's position along the path produce different images in the firelit caves, ensuring that each night offers a distinctive experience. In a cave once used as a tannery, a large disc-like rock pushed to the side of an entrance indicates a former refuge; walking through this underground city, the visitor approaches the final room and a delightful surprise: a lattice-like screen aglow from a brilliant flame.

"Hidden Worlds" creator Gaston Bachelard says, regarding the metaphor of flame, "The imagination is a flame, the flame of the psyche." Aiming to recreate the architectural story of Ortahisar, the installation "reflects the once-living world and lives" of the village. It's a laborious process: Beginning well before dusk, a team of fire starters is tasked with scaling high walls and burrowing into deep caves and elevated rock entrances, all to ensure that flames are visible from every niche along the entrance to the valley.

What makes this installation even more special is that most of Ortahisar's residents have trod the path thousands of times. The scenery, the caves and the nature-hewn rock – magnificent as it all is – can easily fade into the background after a while."Hidden Worlds" offered visitors a rare glance at these ancient dwellings, and to locals the installation provided an entirely different viewpoint. Few people go into the valley after dark: There are no lights, and the path can be precarious. One resident said, "I wish it was like this every night."

Long considered the least touristic of the Cappadocian villages, Ortahisar proved to be a stellar setting for this art promenade. The festival's organizers clearly recognize the history of the village, and the successful effort to incorporate contemporary art into the local surroundings not only demonstrates environmental sensitivity, but also an acknowledgement that such art can be enjoyed and appreciated by a wide range of people.