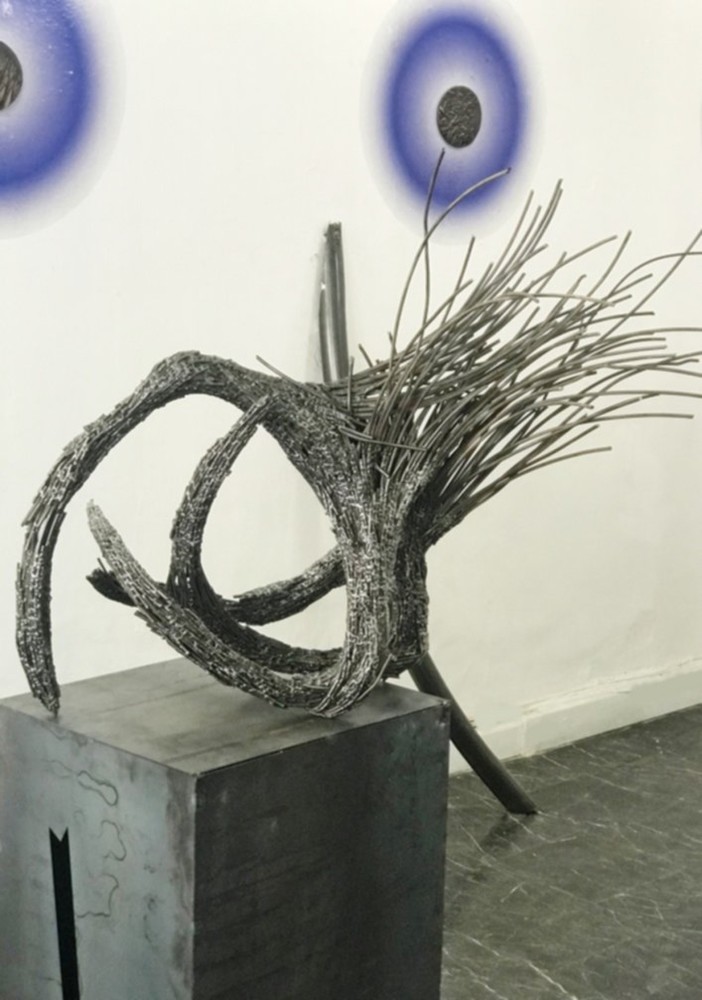 Müjgan Sağlam's exhibition "Occupation" recently opened at Gallery Eksen. The main feature of the exhibition are bird sculptures made of wood, metal and bronze. The birds are shown in various stages of action from collecting, breaking to pieces, reuniting, accumulating, picking over, protecting, feeding and hunting with their talons, claws and beaks. They are fighting to survive.

The claws and beaks are presented to spectators in a strong, solid and threatening way. The display is integrated into the gallery space rather than displayed as autonomous objects. Thus creating a feeling of getting lost in the space leading to an uncertainty in the perception of the relation between subject and object, that is, the occupation of the gallery space. The artists explained how she created the series:

"I included every area that could be used, such as the walls and floor, in my exhibition, installing my statues as if they had originated from this place. Therefore, the spectators become a part of the claw and beak struggle in the gallery as soon as they enter. A group of statues are comprised of claws ranked on metal pipes and prepared with metal wires were inspired by observing birds on electric wires.

"These pipes look as though they are emerging from the walls and floor of the gallery. The medallions prepared in the same theme are the smallest piece in the series. Wooden claws and beaks which consist of forms whose exterior faces are smooth, simple and where you can see light and shadow," explained the artist. Sağlam's "Occupation" is on until July 1 at Gallery Eksen.