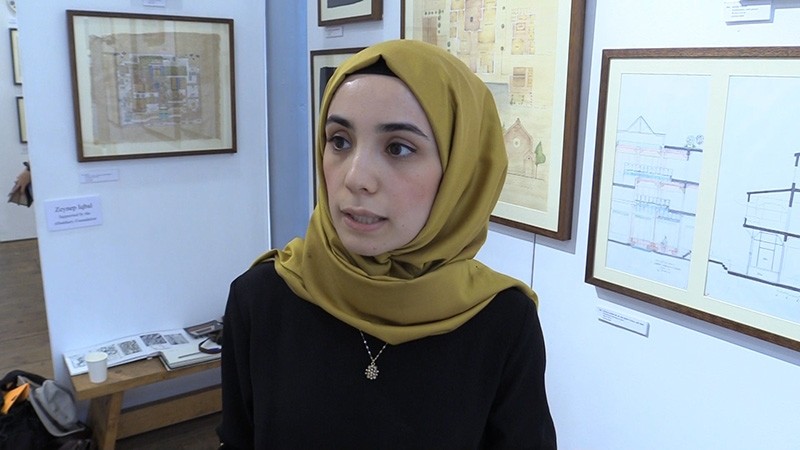 A Turkish architect has received an award from the Prince of Wales for her Turkish cultural center project in London.

Ikbal, who was supported by Albukhary Foundation for her master's degree, was awarded the Kairos Prize.

Speaking to Anadolu Agency, Ikbal said she studied architecture and graduated from the Vienna University of Technology in 2012. Then for the following three years, she studied in the area of Ottoman architecture in Istanbul.

"If you are a Turk, I think there should be a design that has deep roots in your culture."

She said she did not want a similar building in Istanbul installed in another country so she designed a Turkish cultural center for England's capital.

"If this is a cultural center in London, I had to understand the culture, city codes and art codes of here (London)," she added.

Noting that Prince Charles visits the school each year, Ikbal said: "I received the prize for the geometry I used in my design and for my drawings."

She said Prince Charles showed special interest in the Iznik tiles and liked her detailed drawings, which used traditional arts in modern architecture.

Ikbal also said she desires her project, designed for Dalston district which has a large Turkish population, to be realized, and said the only obstacle for it was lack of financial resources.