Frankenstein roams the streets of Baghdad in Ahmed Saadawi's novel 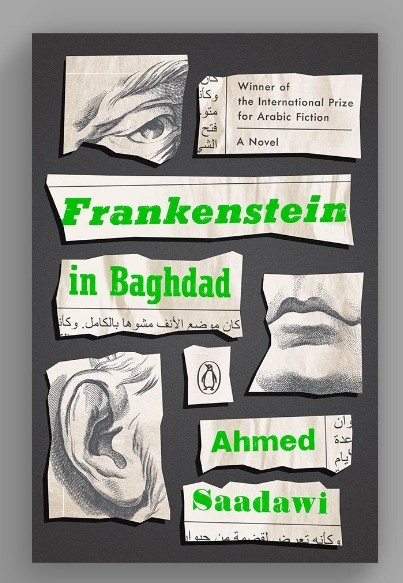 Ahmed Saadawi's ‘Frankenstein in Baghdad,' about a reanimated corpse seeking revenge on the streets of Baghdad, won the International Prize for Arabic Fiction in 2014. The book was translated into English by Jonathan Wright in 2018 and has been reaching a wider audience who want to get a glimpse of Baghdad in the aftermath of the U.S. invasion and who want to see how Mary Shelley's creature has been reinterpreted in a Middle Eastern context

Ahmed Saadawi's "Frankenstein in Baghdad" tells the story of a group of people loosely connected through the figure of Whatsitsname, the Frankenstein character in the book. Before we get to see the creature, we first hear about him from the mouth of his creator, Hadi, a Baghdadi junk dealer, sitting in a corner of a coffee shop. This is the sort of setting where "hakawati" perform, spinning tales rather than impart truths to their audience. "To make the stories he told more interesting, Hadi was careful to add realistic touches," Saadi's narrator tells us. So, the existence of Whatsitsname is contentious at the beginning, at least, I suppose, to the point when we get to hear him speak.

From Saadawi's "hakawati" style rambling tale, we go into third person narration and get a glimpse of Hadi's shed where a "massive corpse" dominates the space. We then get glimpses of him collecting a nose somewhere, and then an explosion that kills a hotel security guard, and then a strange man walking around the area with a big sack. We are never sure which character is which or which of these events happened first, as if the narrative itself is trying to relay the post-traumatic stress that citizens of Baghdad must be feeling. The upshot is Hadi has finally found a nose for his corpse, that the corpse has walked out and that the corpse is now inhabited by the soul of the hotel body guard. This last touch of the corpse becoming animate only after it is inhabited by a soul seems to me the most interesting "middle eastern touch" in this retelling of the Frankenstein tale. 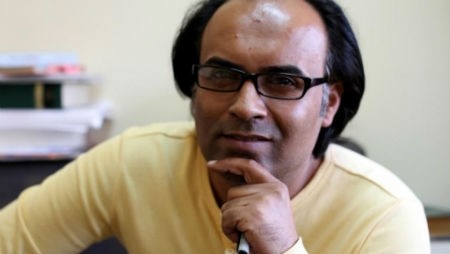 I use the word "retelling" in the broadest sense because apart from a corpse being reanimated, there is little parallel between Saadawi's and Mary Shelley's work. Mahmoud, the journalist who is put on the scent of this strange creature walking the streets of Baghdad, illustrates the piece he writes on Whatsitsname with a photo of Robert de Niro as Frankenstein. I take this as Saadawi's way of telling us that any links to the "original" story will always be tenuous, just as de Niro's Frankenstein is a far cry from Shelley's creature. The book is full of knowingly wry moments like these, but somehow these enjoyable scenes do not jell together properly as a narrative - just like the creature itself, I seem to hear you saying.

"Because I'm made up of body parts of people from diverse backgrounds - ethnicities, tribes, races and social classes - I represent the impossible mix that never was achieved in the past. I'm the first true Iraqi citizen" This is the description Ahmed Saadawi gives of the mind set of his creature Whatsitsname halfway through the book, just in case we have not been able to put two and two together and recognize in this creature the battered and bruised "new Iraqi citizen" that the world and regional powers have helped create.

In many ways, there seems to be more than one novel in "Frankenstein in Baghdad," and I was particularly interested in the storyline of how a newspaper is run in a post-invasion/war country, and the story line of Elishva, dramatizing the multicultural fabric of the town. Saadawi seems to be the master of his narrative when he is telling us these stories, and I almost wanted him to do away with the distraction of Whatsitsname altogether to give us more of a sense of Baghdad as it is now. I find this the worst crime of the novel - we are never given a panorama of the town, never a glimpse of the Tigris. There are instead long expositions of the plans and feelings of several characters - and some of these recur after several pages, making wonder whether Saadawi could have done better with a better editor, or indeed a translator.

There is also the missed comic opportunity in the Tracking and Pursuit Department, whose tactics and ethos sound very much like Ahmet Hamdi Tanpınar's Time Regulation Institute: A bogus establishment that is supposed to help keep order in the town. The book, in fact, opens with a report detailing the reasons for stopping certain activities of this department, such as using astrologers and fortune-tellers to gather intelligence. In this brief chapter, Saadawi's tone is sharply tuned and satirical, reminiscent almost of Emile Habiby's "The Secret Life of Saeed, The Ill-fated Pessoptimist." But the tone is not sustained, and it immediately turns sentimental in the next chapter when we are introduced to Elishva, an old Assyrian woman waiting for the return of her son who disappeared during the Iran-Iraq war, despite protestations from her daughters who want her to come live them in Australia. Both the Tracking and Pursuit Department and Elishva are good devices on their own, but they belong in different genres. Elishva lives in an apartment "probably built by Iraqi Jews" and has Armenian neighbors. Her whole neighborhood seems like it has been lifted from an Elif Shafak novel.

This sentimental tone is not necessarily a drawback as Saadawi now and then manages to surprise you with unexpected depth. This is how he describes an explosion: "The people who weren't injured- because they were too far away, or screened by other people's bodies, or by parked cars ... all these people and others - like those in the offices next to the Armenian church ... witnessed the explosion." Baghdadis' bodies shielding fellow Baghdadis bodies from harm is, I find, a beautiful expression of how we are dependent on each other for safety. I wanted more of these moments of what it feels like to live in Baghdad, because clearly Saadawi can do it when he wants to.

His criticisms of Americans are also far and few between but again, when they come, they are incisive, as when he talks about an assassination squad set up by the "Americans' Coalition Provisional Authority" - already undermining this authority by calling it 'Americans'." When Mahmoud asks about a shady character called Brigadier Majid, this is the answer he gets:

"Yes, for a year or more he's been carrying out the policy of the American ambassador to create an equilibrium of violence on the streets between the Sunni and Shiite militias, so there'll be a balance later at the negotiation table to make new political arrangements in Iraq." I did not check the veracity of this claim for fear of finding it to be true, but it neatly sums up the book's contention that Iraqi bodies have become commodified, alterable, malleable and yes murderable, in order to fit to a whole as envisioned by different parties. And yes, Whatsitsname is just one of these manifestations of the Iraqi body quartered and reconstructed, first to fit Hadi's vision of a proper corpse, then to the whims of the body itself. There is, indeed, much to be discussed in this book, and I feel it would be excellent to provoke discussion in a Middle Eastern politics class. But as a novel, it barely holds together, and Ahmed Saadawi may argue that for a book that tells the story of a creature made up of different body parts, this could hardly be considered a flaw.