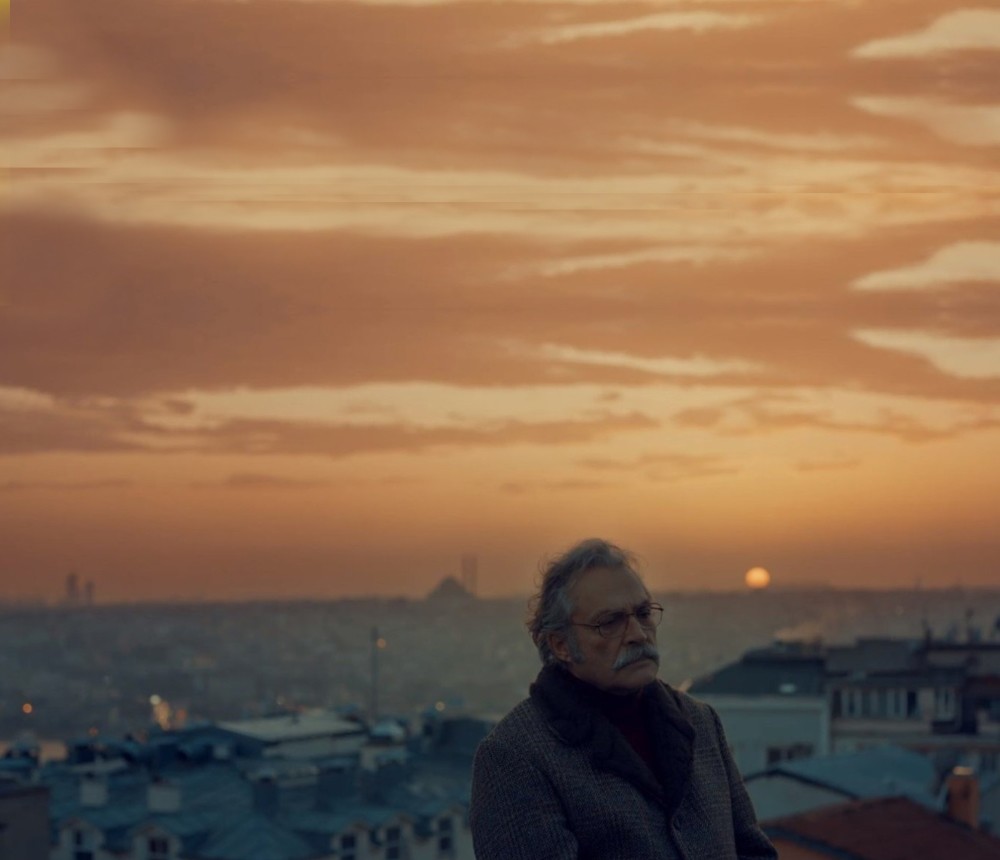 Haluk Bilginer, playing Agah, with his perfect diction, signifies a particular type of Beyou011flu/Niu015fantau015fu0131 gentleman that is hard to come by these days.
by Nagihan Haliloğlu Aug 03, 2018 12:00 am

‘Şahsiyet' is an 11-episode detective drama directed by Onur Saylak and starring some of the best-loved actors in Turkish drama. It follows the murders of an unlikely serial killer, Agah Beyoğlu, who leaves notes on his victims' foreheads, for Nevra, a newly appointed detective, calling her ‘to remember'

Turkish films and TV drama series continue to be some of the country's more popular exports. Experiencing success in the genres of family intrigue and historical drama, producers tend to stick to these well-worn paths, so seeing some film makers try out something different is always refreshing. "Şahsiyet" (Personality) is one such drama that tries to do something different and explores the serial killer genre in the Turkish context.

This "trying out something different" is both the show's weakness and its strength. The production certainly has not shied away from expense: The series has some of the best actors in the Turkish film industry, and a film quality that seems saturated with color. There are many, including myself, who will watch the magisterial Haluk Bilginer in anything: One section of the target audience is covered right there. Like in any film industry, Turkish actors are also typecast, and Bilginer, with his perfect diction, signifies a particular type of Beyoğlu/Nişantaşı gentleman that is hard to come by these days. And true to type, this character rues the glory days of a very chic, very European Pera. Bilginer's character, Agah Beyoğlu (yes, he is synonymous with his district, and his surname literally means "son of the bey/lord") is a serial killer with a good cause: How can the cause be ill if you cast Bilginer as the killer? At one point in the series, Agah goes on a rant about how his cultural heritage is being destroyed by the newcomers on İstiklal Street. On the surface of it, this is the tired and tiresome discourse we know from certain male Istanbulites, but here Agah is using this discourse, which is expected of someone from his class, to cover up a murder he has just committed. So, the scriptwriter's tongue is firmly in his cheek as he gives both the viewer and Agah's interlocutor the words they expect to hear - in fact it's all a distraction. And it is in moments like these, when "Şahsiyet" presents us with genre conventions, only to debunk them later, that the series is most entertaining. 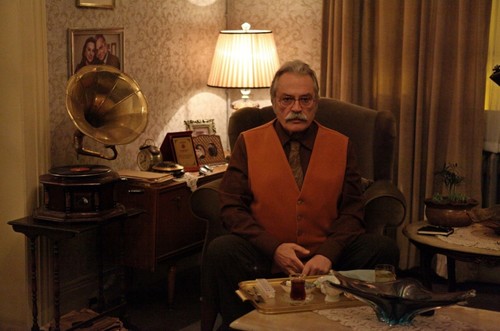 Agah, who lives in an Art Nouveau apartment in Beyoğlu is a retired court clerk. The series fetishizes the building in terms we are familiar with from Orhan Pamuk and Elif Shafak novels.

There are several other genre conventions, including a wall on which Agah has pinned the photographs of his targets, a map of Istanbul, and red strings that go this way and that. My first reaction was that the director must have seen too many American police procedurals when he was a boy and had promised himself to shoot just such a scene when he grew up. However, I found it distasteful that a Turkish police procedural should mimic the Anglo-Saxon even in this detail. But then, a few episodes later, Agah starts playing with the wall, and the rope gets all tangled. First as police procedural, than as farce.

Agah, who lives in an Art Nouveau apartment in Beyoğlu is a retired court clerk. The series fetishizes the building in terms we are familiar with from Orhan Pamuk and Elif Shafak novels. The ground floor is taken up by a more or less conventional bar, and another is taken up by a "türkü (Turkish folk song) bar." In one of the episodes, as Agah is preparing for his next murder with "Carmen" blasting on his retro Walkman (a keepsake from his daughter's younger days), the türkü bar gets too loud with the drums. We see Agah reach for the cleaver, and then in the next scene, he is chopping up the drum. If a Beyoğlu gentleman fresh from listening to classical European music destroying an instrument of Turkish folk music isn't a metaphor for Turkey's Europeanization project, I do not know what is. The grace of the series is that it knows this is a caricature, and that as all caricatures, has more than a grain of truth in it.

As you will have noticed, I watched "Şahsiyet" more for the cultural and filmic references than the plot: I leave that to you to find out. The heroine in the film is a newly minted female detective, Nevra, who has just given up an executive job to become a police officer, "to do something real," and who generally mopes about the place signaling that she has some kind of emotional blockage. From the very beginning, Agah keeps leaving notes on the foreheads of his victims, calling Nevra "to remember." The punch line here is that Agah himself is suffering from Alzheimer's, and he wants her to remember before he forgets everything, and it is precisely this fear that has pushed him to act after years of pondering killing all the men on his list.

The notes to Nevra on the victims' foreheads are written on black plastic strips by punching the letters with an antiquated gadget that I do not even know the name of, but which will be familiar to anyone who has had any dealings with Turkish bureaucracy. This suggests that the murders are closely linked with a court case Agah must have been involved in as a clerk. It is also clear that this court case has some connection to Nevra, and the thing that connects Nevra and Agah is the improbably named small town of Kambura where they both lived for a while.

Setting the scenes of the series in Istanbul and Kambura feels at times just a ruse to have Nevra say to whoever is next to her "I'm going to Istanbul" or "I'm going to Kambura" and to have her get in her beetle orange jeep to hit the four lane highways. These are aestheticized scenes that almost look like election propaganda telling us about the excellent state of the roads. In fact, the jeep's brand is the series sponsor, and they must have paid handsomely too because Nevra's car is almost a character in the series.

As with all leads, Nevra must have a love interest: Hers is a journalist cum DJ who provides her with information and some mansplaining about what freedom of the press is. We see him philosophize - and this is where the script fails most spectacularly - about all the other idealists that have come before him. We understand that he is a disciple of truth because he has photographs of journalist murdered in Turkey on his attic wall. That the memory of these real heroes should be used in such a cavalier way to signal the virtues of a fictional character is, I believe, no insignificant crime, but let that pass.

The 11 episodes of the series are a mixed bag of ideas, conversations, plot twists and acting. The side story line of Agah's grandson is pretty shoddy, but Agah's daughter Zuhal is played by the excellent Şebnem Bozoklu, who gives the best performance in the whole series. She is the embodiment of that class of privileged Turkish women who have had expensive educations and somehow ended up as "home makers," as in Zuhal's case, abroad. She accuses all the men around her of having treated her badly and yet manages to ooze a sense of privilege that is exquisite to watch, and yes, she reminded me of some of my high school classmates.

I have skirted around the central conceit of the series - the reason why Agah is out to kill all these men, whom he has short "friendly" conversations with before he does away with them, and many of whom appear pretty normal, decent men. This sets the viewer up for the revelation of their crime at the end of the series - yes, it is these "normal" men who have committed this horrendous deed.

Despite all its irritating failures, "Şahsiyet" remains a very watchable drama because it gets so many things right. If you stick with its 11 episodes, you will roam the streets of Beyoğlu, cruise on the highways and be introduced to many ideas some of which have been dealt with more carefully than others. You will laugh, you will be enraged, and if you manage to get to the end, you may even shed a tear like me.