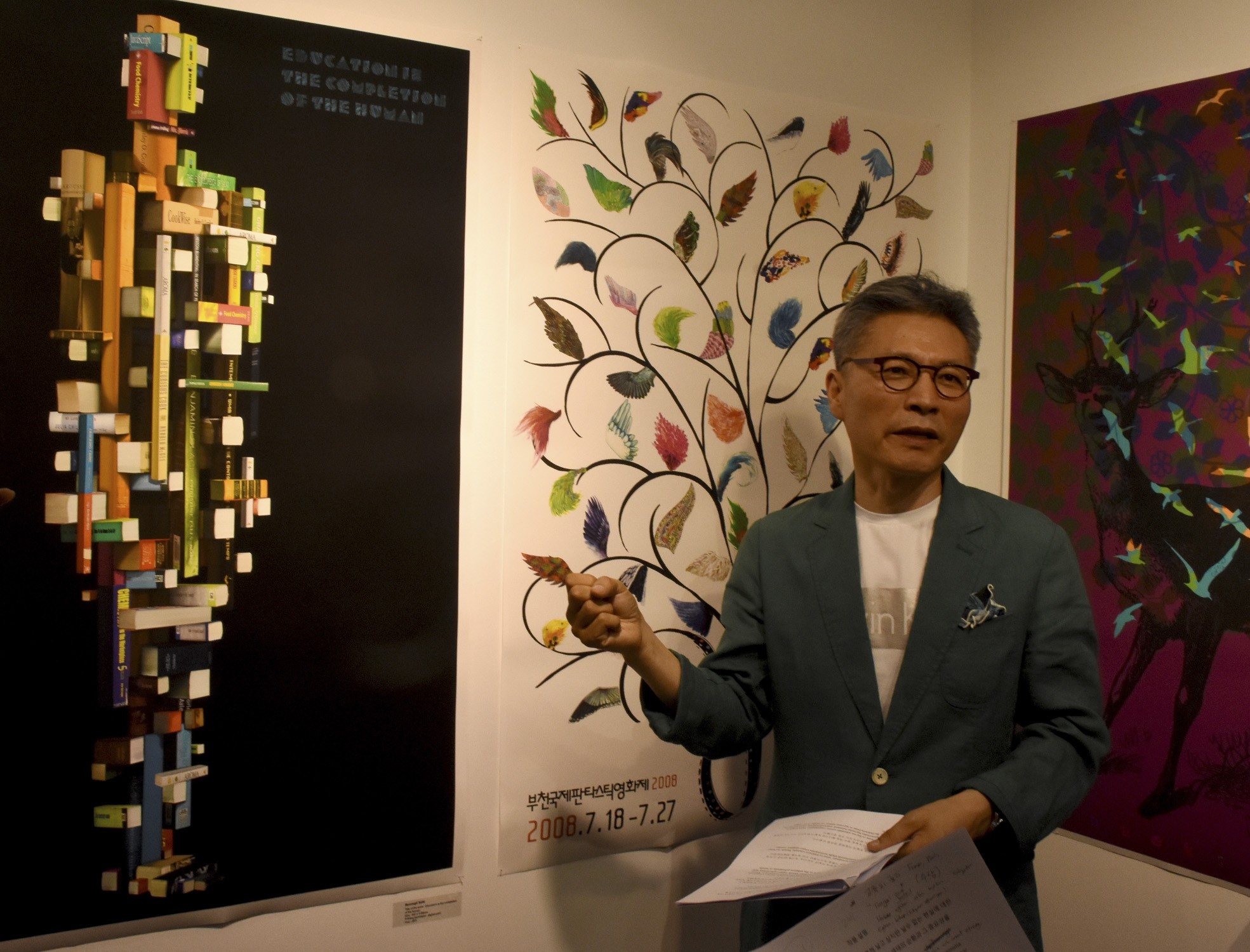 Korean graphic artist Byoungil Sun speaks on a work at the exhibition.
by Anadolu Agency Aug 06, 2018 12:00 am

Speaking at the opening ceremony, Korean Embassy Tourism Undersecretary Dong-woo Cho thanked the Korean artists who came to Turkey for the first time and made great efforts for the exhibition.

Drawing attention to the cultural and historical similarities between Turkey and Korea in spite of the geographical distance, Cho said, "There is a rooted brotherhood bound between the two countries. Today, our relationship gets better."

The undersecretary explained that cultural activities had a great role in the development of the relationship between the two countries. He added the exhibition would bring together expert artists.

Byoungil Sun, who also spoke on behalf of other two artists in the exhibition, said that they are happy to open this exhibition on the 61st anniversary of Korean-Turkish diplomatic relationships.Stressing that the 35 works in the exhibition reflect Korean identity and spiritual culture, Sun highlighted these works are based on social problems in the world.

The Korean Graphic Design Exhibition can be visited until Aug. 15.