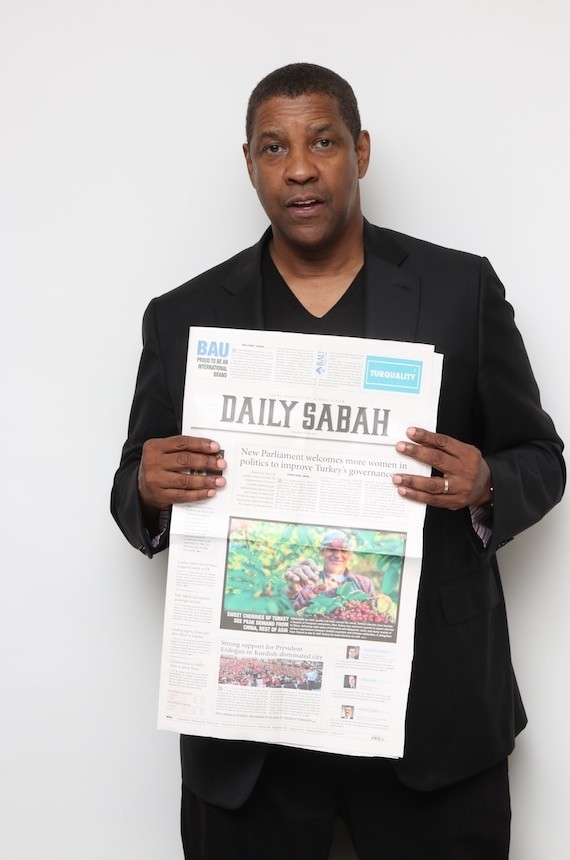 As an actor, Denzel Washington is known for his penchant for taking on challenging roles and playing them to perfection

After winning the Best Supporting Actor at the Oscars for his performance in the Civil War epic "Glory" (1989), Denzel Washington tackled one challenging role after another on his way to becoming one of the biggest stars in the world. He remains one of America's most bankable and likable leading men.

Likened to Sidney Poitier for his ability to appeal to multiracial audiences, Washington's grounding presence was a major draw in historical dramas like "Cry Freedom" (1987), "Malcolm X" (1992), "Hurricane" (1999) and "American Gangster" (2007). He also starred in more action-driven dramas such as "The Pelican Brief" (1993), "Courage Under Fire" (1996), "Remember the Titans" (2000) and "Training Day" (2001), the latter of which got him the first Best Actor Oscar for an African-American since Sidney Poitier's feat in 1963. Rising above the black actor moniker, Washington not only held a firm position as one of Hollywood's top dramatic leads with acclaimed performances in films like "Philadelphia" (1993), but he also earned industry respect for his filmmaking efforts in directing and producing. Daily Sabah conducted an interview with the actor in Los Angeles.

Daily Sabah: How do you decide the roles you will take? Surely you are getting lots of offers. What do you look for in a script to say yes?

Denzel Washington: The only criterion is that I don't want to do something just to do it. You've got to turn the page and read if it's something interesting. You should see what world is in it. I have a script now, I shouldn't talk about it, but I'm talking with Bob Zemeckis. He has an interesting idea, and it's a great world to be in. So we'll see what happens.

DS: You've spent over 30 years parenting your children, what has fatherhood taught you?

DW: Actually, I don't know a thing about it. All of our children are completely different. Fatherhood gives you a foundation, a family. This is what I do for a living, but it's not my life. I've said this before, when I was a young actor, acting was my life. When my son John David was born, acting became making a living. John David was my life, and he was the miracle of life. He came out, and I was really surprised. He is looking at you like: "Well, who are you first of all, where's mom? I don't trust you, and get me something to eat and I need clothes." So right away you start, you get about the business of taking care and think that you've got to get out here and get a job. Then you look up, and it's 30 years later. I give all the credit to my wife that these kids love each other and that they're pretty balanced. 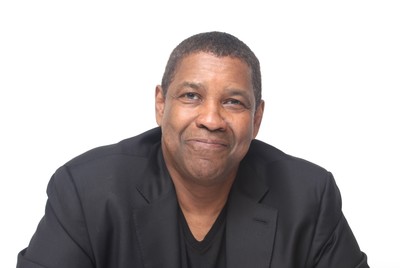 DS: Were you patient before?

I'm more patient now. As getting older, you become slower and more patient. Therefore, I think I'm learning to take a breath.

DS: Do you also do a lot of stage work?

I love the theater. My first love as an actor is theater. What you get back from the audience, you don't get that in film or television, as a director or as an actor. The theater is the material, the actors and the lights and the sets all come together. However, the last element of a play is the audience. And each audience is completely different and they take on a life of their own, and the show takes on a life with this particular audience on a particular night. I just think it's the best thing for an actor to work on the stage.

DS: Would you agree that on certain nights, you might have given a better performance than on other nights?

I absolutely agree with it. I should add that you never know which night that is. The ones you think you were great, actually were not. You just don't know. However, you have another night, and that's the good thing about the theater. If you think you gave a bad performance then you're too self-aware. I'm not sitting up there and looking at myself so the audience is going to tell you, as soon as you come out for the curtain call, they're going to let you know. I think that's the beautiful thing about it. You share your performance for hours and then you come out at the end to ask them what they think.

DS: What the your secret of your longevity in Hollywood and in this tough business, and what advice would you give to a young child who wants to be actor?

I don't know what Hollywood is. That's a place where they have those little stars on the ground, and people go there and take pictures. I make movies, and I act in them. I have no secret about it, indeed. What I would tell young people is that they should be good at their craft as an actor or actress. They should be it on film, stage and television. They should keep getting better and trying to grow as an actor or whatever they want to be, a writer, director, etc.

DS: How tough or easy was it for you to get where you are?

It was not easy. There is no magic pill to make it easy. In life, you can do everything right and still never get anywhere. First of all, you should decide what success is for you. Success depends upon what you want. Some people just want to be famous, some people want to be rich. For me, success was to be a good actor. It was what I wanted.

DS: It is known that you are a Lakers fan. What do you think about the signing of superstar LeBron James? Do you think he could be good for Hollywood in the future?

We will see. I mean, he's here to play basketball, first things first. I'd like to be the MVP of the finals too, but one has to stay in ones lane, get the business taken care of. Obviously LeBron is an intelligent young man, and he's been very successful, not just in basketball, but in business, and we will see what happens. I've always loved LeBron. He's my favorite!

DS: You live in a world where everyone is telling you things, guidance, advice and so on. How much of a good listener are you? Or how proficient at that skill set are you?

I'll be honest. I am not a good listener. I'm too fast. They say think twice, speak once or something like that. I speak twice and think once. I'm trying to do what they say.

DS: In your life, can you look back on a moment of pain that later provided a lot of clarity and transformed you for good?

Yes! I can say a big one. It is getting kicked out of school. When I started to act, I was at the lowest point. I had been kicked out of college. I didn't know what I wanted to do. They sent me home, and I took a job at a summer camp. We put on a play for the kids there, and someone said, that I am really good at it. Therefore, I was at the lowest place when I started to act. However, here I am now.

DS: What is your idea of a perfect evening at home?

It is watching movies. Keeping everything simple is the best thing. If my wife cooks, it will a much better night. Anything my wife makes is my favorite meal.