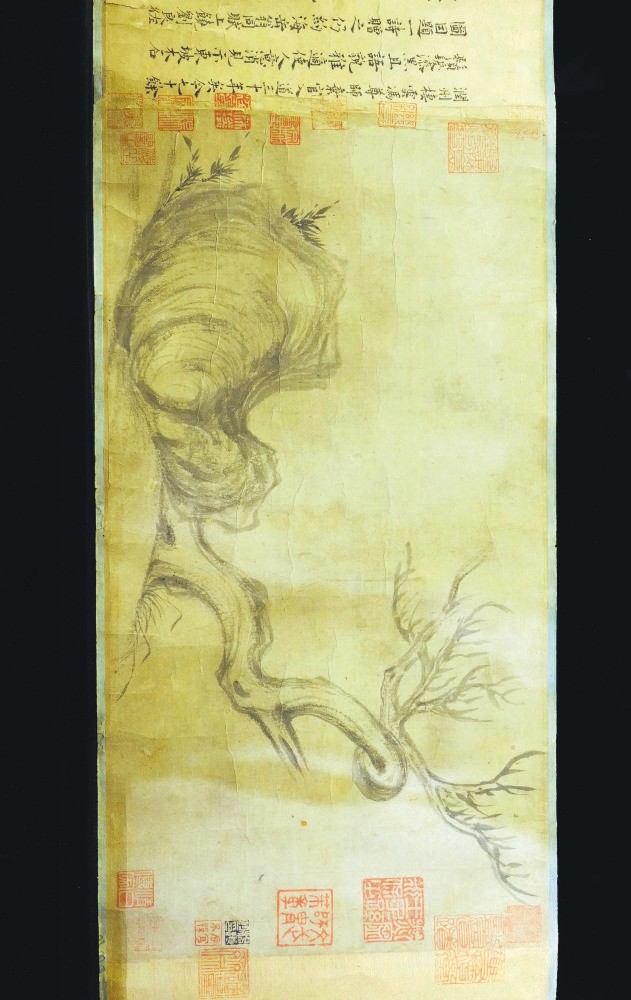 A nearly 1000-year-old ink painting by one of China's greatest literati masters Su Shi is expected to fetch US$51 million at auction, Christie's said Thursday as the work went on view in Hong Kong. The Song Dynasty artwork created by Su is "one of the world's rarest Chinese paintings," said the auction house.

Entitled "Wood and Rock," the ink-on-paper handscroll depicts a dragon-like old tree with withered branches and a sharp rock resting at its root. The versatile literati, also known as Su Dongpo is one of the most important cultural figures in Chinese history and was an esteemed scholar, poet, prose-writer, painter, calligrapher and statesman.

"The number of the works securely attributed to him are very few, probably only two or three. They are extremely rare," said Jonathan Stone, deputy chairman for Christie's Asian art department.

The 185.5 centimeter-long scroll is inscribed with calligraphy and the poems of four important literati of the 11th century in China, and also exhibits the seals of 41 collectors.

The painting will be on view until September 1 and will go under the hammer on November 26 as part of Christie's Hong Kong Autumn Sale.

Stone said the artwork is expected to attract interests from outside China.

"It's an international masterpiece instead of just a Chinese masterpiece," he added.

In 2010, "Dizhuming," a Chinese calligraphy scroll by Huang Tingjian - Su Shi's student - sold for $64 million at Poly Auction in Beijing.