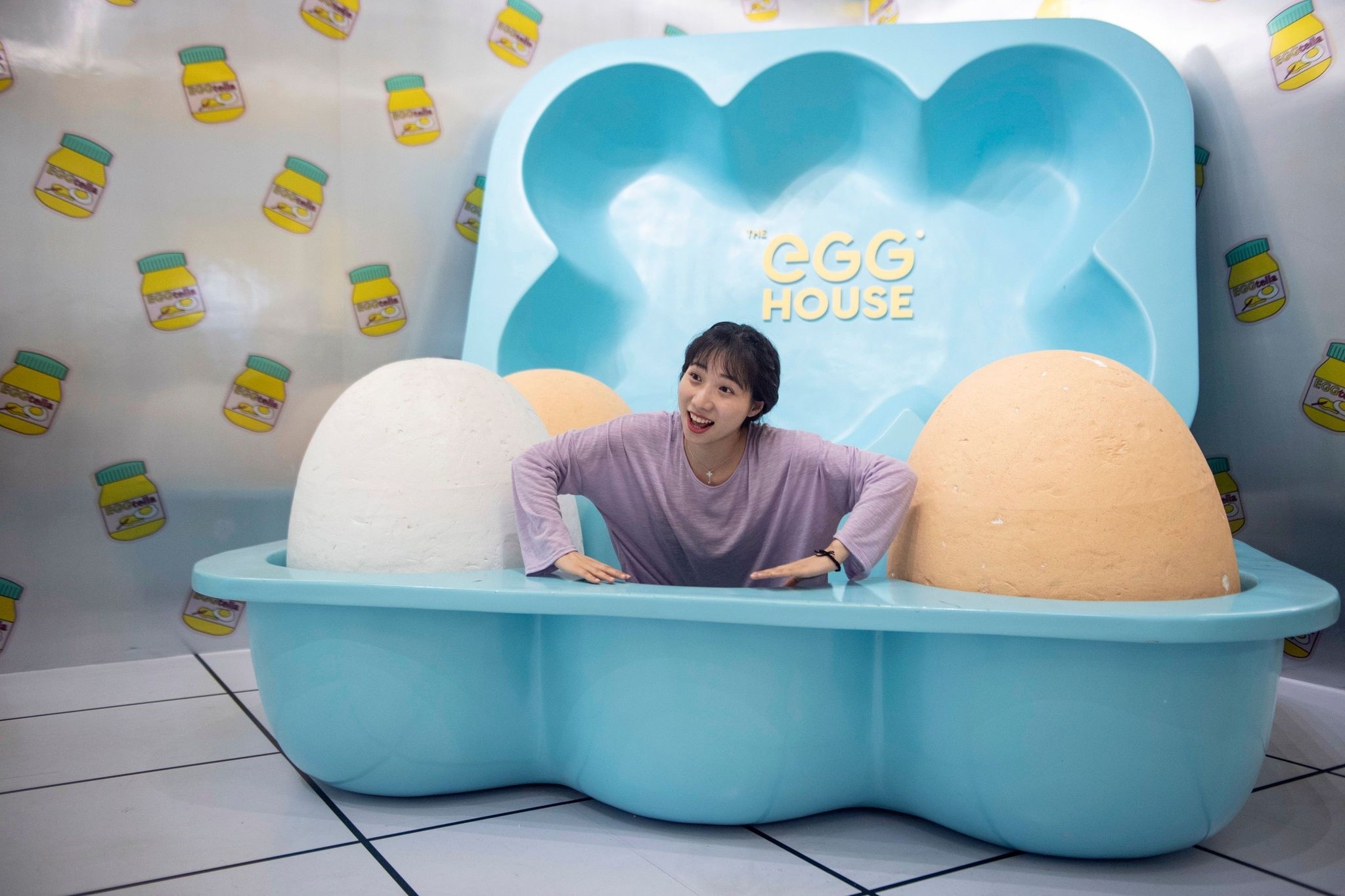 "Last one in is a rotten egg," a neon sign in brilliant pink goads, as half a dozen people frolic and snap photos in a giant caviar bowl.

In an adjacent room, two schoolgirls in matching pink and white dresses jump excitedly on a trampoline the shape of a frying pan, taking pictures with a Hello Kitty camera.

"The Egg House" in Shanghai is where an apparently unhealthy interest in eggs and selfies meets Alice in Wonderland.

The pop-up installation is described by organizers as "created to share the universal love of eggs and provide a momentary escape from the city."

Situated on the third floor of a Shanghai shopping mall, "The Egg House" is the work of Chinese creator Xu Biubiu and is her second installation - the first was in New York and another is planned for Los Angeles in November.

It costs up to 198 yuan ($29) to enter - for two adults at weekends - and once inside visitors can lose themselves in several egg-themed rooms.

It is unashamedly all about one thing - photos and selfies.

In one room, there is an armchair that looks like a cheese sandwich, while another has the bewildering sign, "STOP BEING SO BLOODY EGGY WHEN YOU TAKE IN."

"I feel a bit too old for this," the 29-year-old said, pointing out that many of the people around her were closer to high-school age.

But Li, who works in television and splits her time between Shanghai and Tokyo, said she would be posting on social media the pictures she took with her friend.

"I'm a bit of a little girl so I like the decorations here and it's so colorful," added Ling Jiamo, between preening and posing for pictures taken by her boyfriend.