Tile master's dream comes true thanks to his daughter 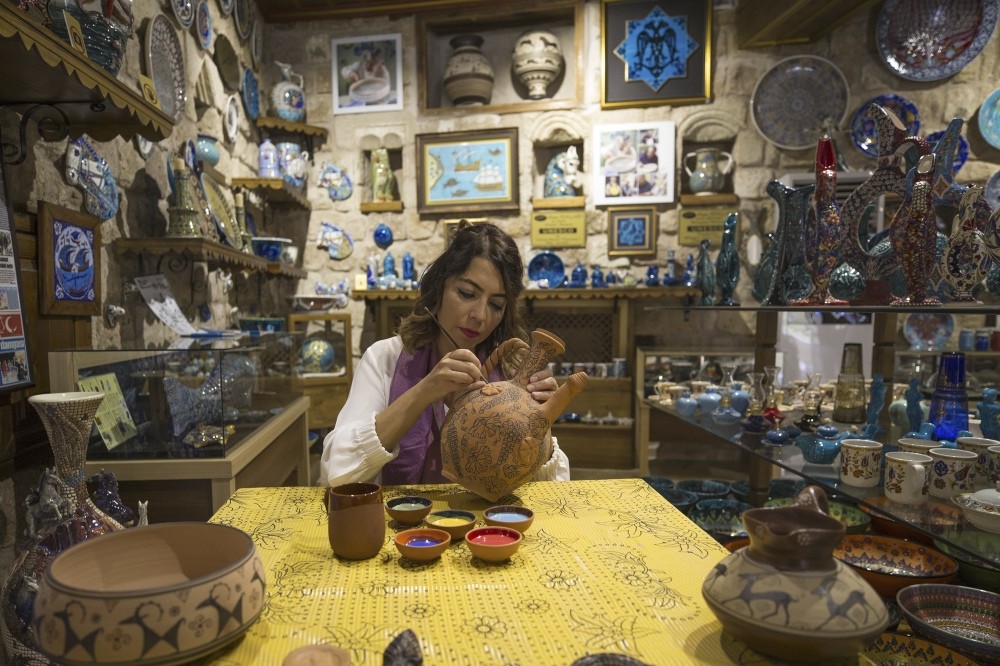 Nida Olçar, the daughter of late tile master Sıtkı Olçar, who was declared a Living Human Treasure by UNESCO, completed her father's dream after his death

Sıtkı Olçar, a famous tile master from Kütahya province and a UNESCO Living Human Treasure passed away in 2012. His daughter Nida Olçar decided to follow her father's dream and complete some of the work he had left unfinished - which included creating art by combining terra rossa pottery with traditional tile patterns.

Master Sıtkı opened a business in the Cappadocia region, famous for terra rossa pottery, 30 years ago. His dream was to combine tile patterns and artworks produced with terra rossa. However, the master had to return to Kütahya without fulfiling his dream of a gallery.

After the death of her father, Nida Olçar took over her father's workshop and decided to open an art gallery in Cappadocia in order to realize the master's dream. Opened three years ago, the gallery draws the attention of art lovers and foreign tourists with its products produced with terra rossa soil from Mount Erciyes and Mount Hasan. In particular, theater tickets and oil cups of the ancient period along with "Keşkül'ü Fukara" cups, which were used in the Ottoman period to offer foods and beverages to the poor, are among the best-sellers at the gallery. 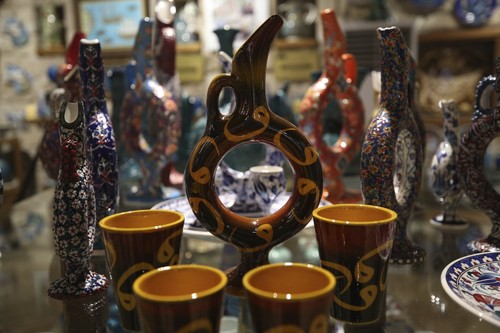 The gallery draws the attention of art lovers and foreign tourists with the products that are made from terra rossa soil from the tuffs of surrounding mountains.

Speaking to Anadolu Agency (AA), Nida Olçar said that she completed her 10th year in the field of tile art, a 14th-century traditional handicraft art.

She said she was very proud to have been trained by world-famous tile master and her father, Sıtkı Olçar. She stressed that the reason why she opened the art gallery in Cappadocia was to fulfill her father's dream.

She explained they bring together terra rossa pottery and tile patterns. "My father always wanted tile patterns to meet pottery produced in Turkey. In the last 10 years, tile handicraft has been continued [to be taught] at workshops in Tokat, Konya and Çanakkale provinces. We have been running an art gallery in Cappadocia for the last three years. We create special designs, bringing together tile patterns and indigenous terra rossa pottery," she explained.

Olçar said that they process clay and white soil. "In the Cappadocia region, the world-famous terra rossa is found. My father also made tile patterns on terra rossa from time to time. He opened a business in the region to advance this. However, he could not sustain it for some reasons. We opened this art gallery to complete his dream. I had such a dream for years, as well. I always wanted to complete this work which was left incomplete by my father. I am happy that we did it. We got precious and positive feedback here."

Olçar added that they are planning on opening an exhibition soon where artwork produced with terra rossa and tile patterns will be on display.