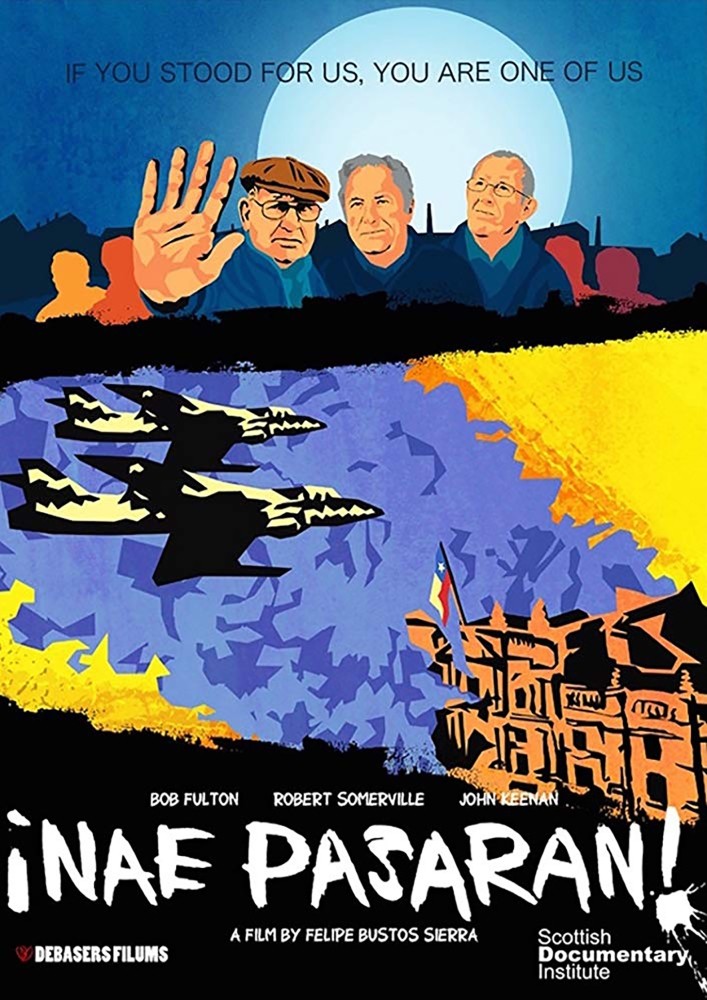 When Chilean air force jet engines arrived for repair at a Rolls-Royce factory in Scotland in 1974, inspector Bob Fulton swiftly decided he would not touch them.

Despite risking his job, Fulton refused to let the engines through maintenance and, with fellow trade union workers, led an act of international solidarity against the coup and ensuing dictatorship of Augusto Pinochet.

Documentary "Nae Pasaran", meaning they shall not pass, takes a look at the boycott of Chilean air force engines by the engineers in East Kilbride and the impact it had.

"It's very rare ... for anyone ... to find out decades later that something you've done ... actually pays off and affects positively the lives of others," film director Felipe Bustos Sierra told Reuters.

The son of an exiled Chilean journalist living in Belgium, Bustos Sierra said he first heard of the Scottish workers' actions as a child.

"I suppose as I got older that story stuck with me because it connects directly with the most iconic image of the coup in Chile which is the Hawker Hunters flying low over Santiago, and firing ... into the palace," he said.

"The idea that Scottish workers on the other side of the world had managed to, I suppose, dent that image in some ways was quite incredible."

The workers labelled the engine parts "black", meaning they would not be touched on the factory assembly line for months. They were then put and left outside, until they disappeared in 1978. The workers were told they had gone back to Chile.

"That's the only information they got ... for years until we started making this film," Bustos Sierra said.

"Nae Pasaran" shows Fulton, now in his 90s, and colleagues, who were honoured by the Chilean government in 2015, look back on their actions and hear stories from Chileans jailed after the coup. A Pinochet-era general is also interviewed.

The documentary, which got an ovation at a festival in Glasgow and is set to be released in Britain in November, has yet to be screened in Chile, where Bustos Sierra said he had seen positive comments on social media about it and some who thought the story was "science fiction". He hopes for a 2019 cinema release there.

"I think somebody taking that sort of action today would probably be in more jeopardy than Bob was back then," he said, when asked if such defiance was still possible. "But I think the idea of a peaceful civil disobedience still stands today."