Three generations of artists featured in one exhibit 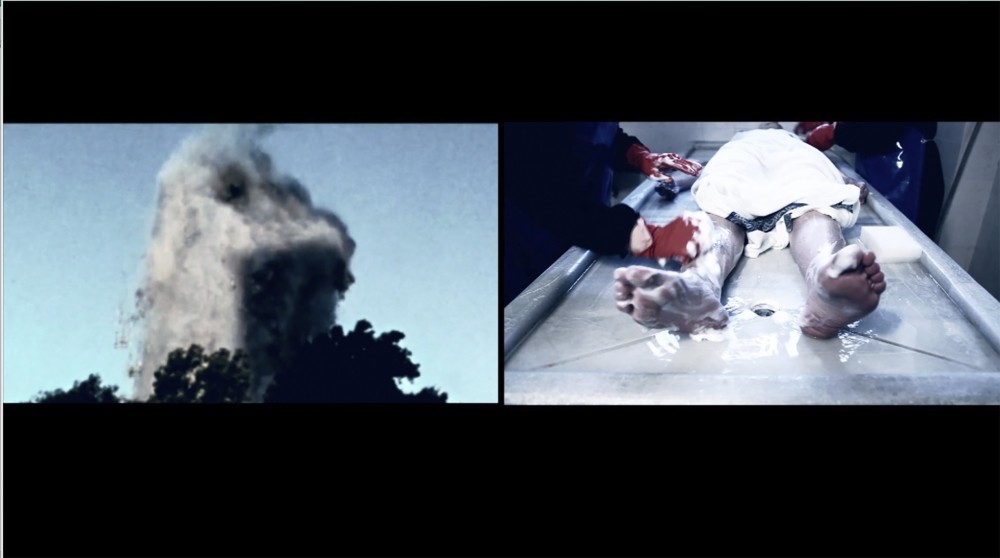 Ferhat u00d6zgu00fcr visualizes the concepts of death and annihilation in a gothic ritual in his double-channeled video ,Resurrection, (2012).
by Daily Sabah Sep 12, 2018 12:00 am

Merdiven Art Space is opening the season with a space-specific project aiming at exploring master-student solidarity in three different generations. The exhibition is a collaboration of Kıvanç Gökmen and Mustafa Kula, who have been students of Ferhat Özgür at different times and the video "Resurrection," by Özgür, which is the starting point of the exhibition. At the exhibition specifically designed for the Merdiven Art Space, the overlapping and intersecting points of the collective productions of artists that represent different generations and disciplines are presented. "Resurrection: A trial of siege from three generations" can be visited from Sept. 21 to Oct. 27 and it hosts a siege of the space with three different approaches: Ironic, Tragic, Dramatic.

Ferhat Özgür visualizes the concepts of death and annihilation in a gothic ritual in his double-channeled video "Resurrection" (2012), which will be displayed in Istanbul for the first time and Kıvanç Gökmen materializes the relationship between student and master with a reference to the history of art ironically. The photograph on the background accompanying the video we watch while listening to Bach's "Magnificat" is inspired by how Andy Warhol and Jean-Michel Basquiat, two iconic names, got into a symbolic struggle while being deprived of their artistic identity. Mustafa Kula on the other hand visually enriches the theme of resurrection, in which concepts such as temporariness, eternity, resistance, and the mortal and immortal are combined with a dynamic wall painting in his space-specific study of innovative design. The artists, who are both the subject and the creator of their works, display a common discourse for the benefit of production in different media. The cooperation, which is the final transformation of the struggle between the student and the teacher, depicts the dialogue between opposite concepts and images.

Ferhat Özgür, who reflects the deepest form of conceptuality in his videos, Mustafa Kula, reminding us of the power of painting with his pattern-oriented art practice and Kıvanç Gökmen who depicts the excitement of experimentation with his work based on references, create an interdisciplinary project that is also carried out between three generations.