A life changed by a poll: Future artist Taha Açıkgöz 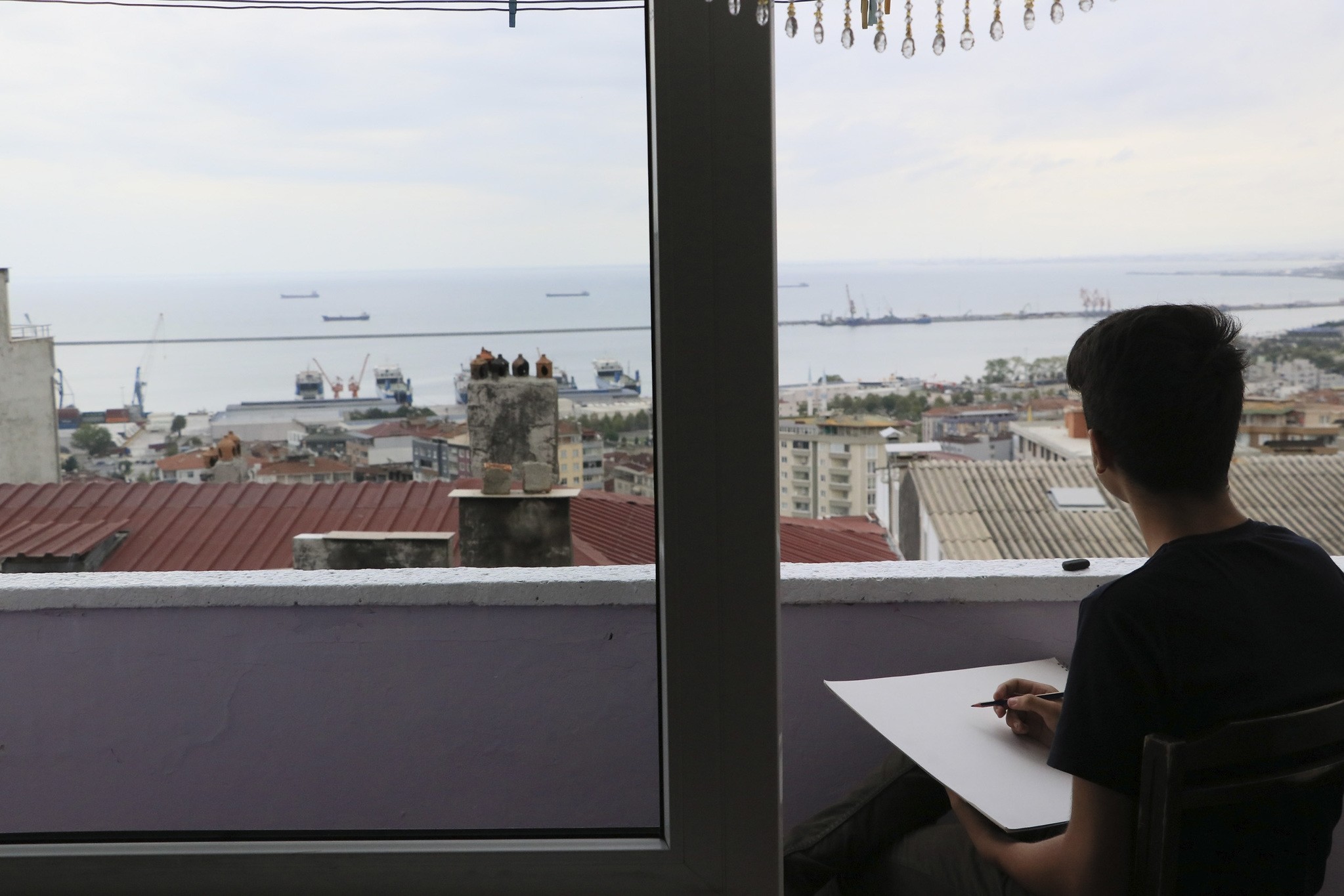 Taha Açıkgöz has been interested in painting since he was a child but could not improve at it due to financial difficulties. Thanks to the School Support Project by the Family, Labor and Social Services Ministry, he is now going to be able to attend a fine arts high school and achieve his dream of becoming an artist

Taha Açıkgöz, 14, lives in İlkadım district of Samsun province and is interested in painting. Açıkgöz took the first step in realizing his dreams thanks to an opinion poll that was conducted by the Ministry of Family, Labor and Social Services.

While he began painting at a young age, Açıkgöz could not receive any training in painting because of financial difficulties, although he won the admiration of his family and community through his skills. Now, thanks to the School Support Project by the Ministry of Family, Labor and Social Services he now able to receive training. The service was developed for children to provide them social and economic services and give them equal opportunities as their peers. This has changed his life.

After filling out a poll form by officials who came to his home last December, Açıkgöz has been able to receive art training at the İlkadım Youth Center. This has helped him improve his talent and he has managed to win admission to a fine arts high school. 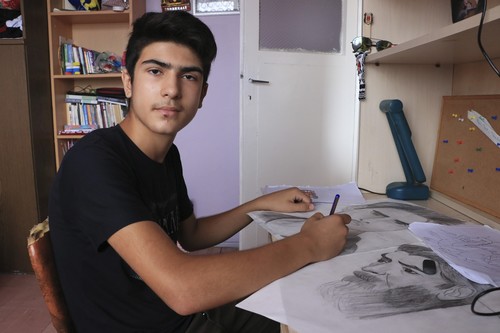 Açıkgöz said he never put down his paper and pencils when he was young, and he is really happy when he draws.

Açıkgöz said that he never stayed away from his paper and pencils when he was young. He said he is really happy when he draws and wants to improve his painting skills. Açıkgöz is also interested in cars. "I think I developed my talent thanks to the course. I won [admission to] the school that I always wanted. My dream is to be a car and tractor designer."

'I want to present unprecedented designs'

Stating he spends most of his time drawing, Açıkgöz said, "I draw more in the afternoon and evening hours. The officials who came to our house as part of the School Support Project made me fill out a poll. My interest in painting was evaluated, and I attended the free painting courses at İlkadım Youth Center. I had a great time. My previous paintings were amateurish. I learned many techniques thanks to the courses. I developed my paintings and won [admission to] the fine arts high school, which I had really wanted. I just want to draw automobile and tractor models in the future after completing school successfully. I want to take new steps and present unprecedented designs."

He said he was very lucky to be recognized and get free training and that he was really happy to see the Minister of Family, Labor and Social Services, Zehra Zümrüt Selçuk, admire his paintings.

'While I was cleaning, my son was painting'

Taha Açıkgöz's mother, Emine Açıkgöz said that she was proud of her son. She said her son had been drawing since he was three, Emine Açıkgöz added, "I was a cleaner. When I was cleaning houses, Taha was drawing. I never thought that he would be this successful. He could draw everything he saw. When he started school, he continued to draw. The course which he attended contributed to his skill so much."

She said she is really hopeful for Taha's future, "I am happy that we were included in this project. The project's officials sent my son's drawings to Zehra Zümrüt Selçuk and the minister liked them."