My year in the U.S.: Life in this showplace of easygoing 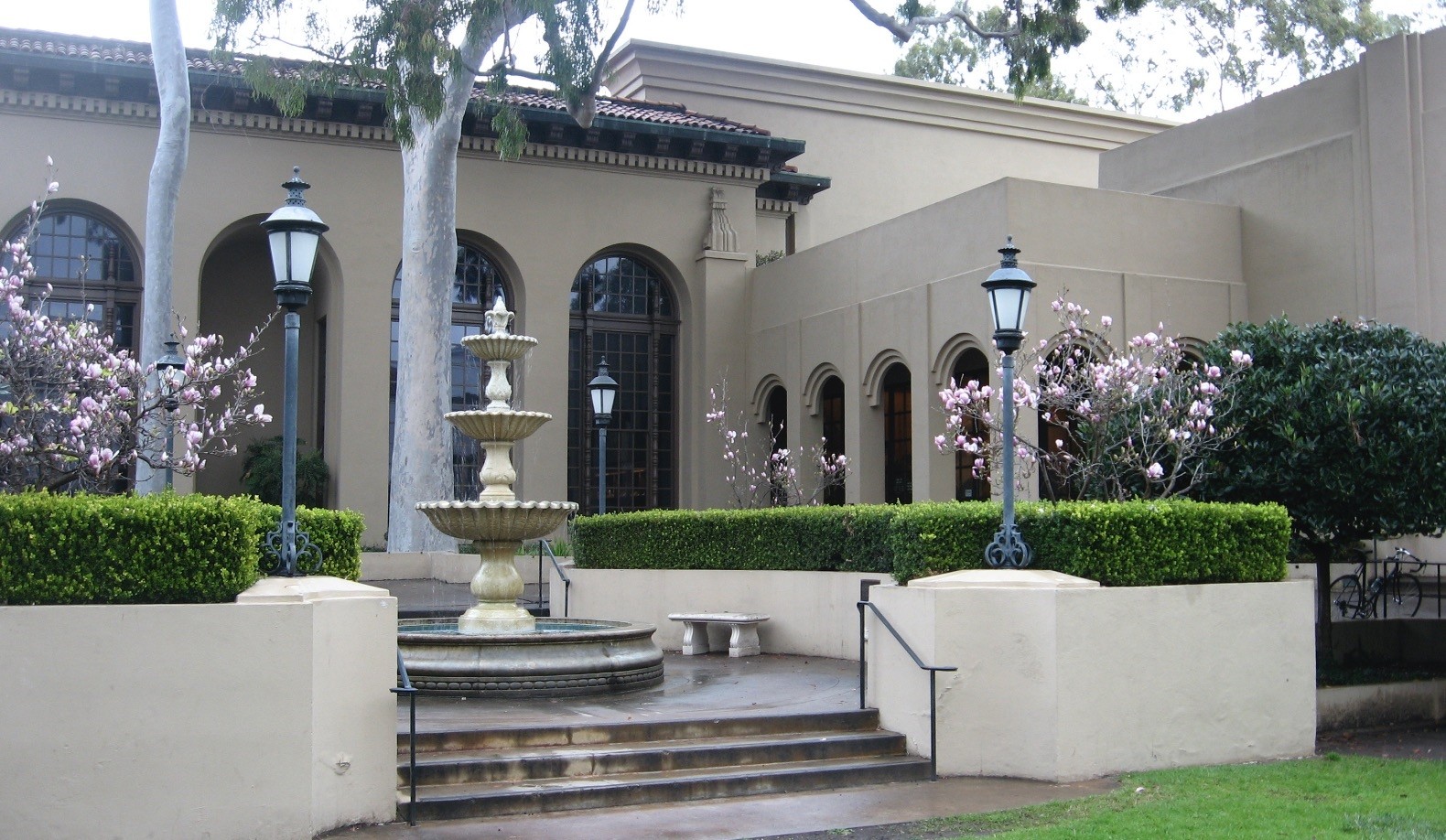 There is always room for progress for Americans. They seem to be constantly on the move, as if they are sharks and not moving would drown them. It is interesting to observe how they perceive themselves: in a world where everything is a project, and the biggest project of all is their own lives

I was a sophomore in college when I first read the story "The Ones Who Walked Away from Omelas" by Ursula K. Le Guin. I was profoundly affected by it. However, it was only during my year in the U.S. that I was fully able to appreciate its moral brilliance. In the beautiful coastal city of prosperity and comfort I stayed, I wandered along the streets and wondered if any of these people were aware that the opulent life they seemed to be living was indebted much to the desperation and deprivation of many other lives all around the world.

"The Ones Who Walked Away from Omelas" is about a joyful city, Omelas, into which no sorrow can enter and its citizens live a fulfilled, bountiful life. All this merriment comes at a cost, though: The city owes it all to the abominable misfortunes of one lost soul, that of a small child. Each and every citizen of Omelas is aware of the situation. That's probably the only rule of Omelas: They have to know the cost of their happiness, the existence of the sacrificial lamb they turned into the scapegoat. "It" suffers, albeit involuntarily unlike the other lamb, so that citizens of Omelas can have a good and graceful life. Le Guin, at the end of her story tells in an allegedly fleeting manner, the most crucial part of the story, that there are some people, not much but still some, who do not accede with the conditions of their welfare, who silently walk away from Omelas one day, never to come back again.

Doubtlessly, among the founders of the U.S. there were many men of great honor and morals. William James, one of the most influential U.S. philosophers, and the father of American psychology, quoted by Le Guin at the beginning of "The Ones Who Walked Away from Omelas" is one of them: "Or if the hypothesis were offered us of a world in which Messrs. Fourier's and Bellamy's and Morris's utopias should all be outdone, and millions kept permanently happy on the one simple condition that a certain lost soul on the far-off edge of things should lead a life of lonely torture, what except a skeptical and independent sort of emotion can it be which would make us immediately feel, even though an impulse arose within us to clutch at the happiness so offered, how hideous a thing would be its enjoyment when deliberately accepted as the fruit of such a bargain?" What William James wrote at 1891, according to Ursula K. Le Guin is "the dilemma of American conscience."

"The enjoyment of the fruit of such a bargain" it seemed, when I first entered a retail warehouse, no longer bothered the American conscience. Walking down the aisles, I first marveled at the variety and the low prices of the products exhibited. Then a vapor of dread surrounded me. I couldn't help but wonder how many villagers at some far away country had to work on terrible conditions from dusk till dawn to procure for the American consumer. This many products at those prices could only be possible with the exploitation of "lost souls on the far-off edge of things" as James had stated. People shopping merrily around struck me as worse than Omelasians, they didn't seem to be aware of the sacrifices made for the system that sustains them; a system in turn, "sucks out all the marrow of life" of them as Thoreau would say.

I have to admit, at first the opportunity to choose among several kinds and types of products, deciding what sort of milk, bread, cheese, pasta, make-up materials, electronics or any other item I would like to buy is appealing. However, soon enough you cannot help but feel as if you are the oblivious victim of a "two-man-con," that somebody slipping something away from you while you are trying to decide whether you like to buy cow (skim of course), soy, almond or rice milk. The notorious Joe Fox was perhaps right, the whole purpose of giving people so many choices was to provide them with a false and groundless but "an absolutely defining sense of self."

The Land of Islands

On the first day of our son's elementary school, we were overwhelmed by the leaflets, bulletins and notices. So many activities were taking place, so much community work happening. The leaflets kept pouring in, forcing even the most unwilling parent to participate. I saw people trying very hard to be a part of something, anything, achieving great things for the community. However, in spite of all the efforts, that profound sense of belonging, the satisfaction of being a part of something bigger than you was somehow lacking. I think, that is because in contrast to what John Donne had claimed, everyone is an island in America. No one can be weak, ill or ill-disposed; you have to walk around with your full armor on, your dazzling smile your shield, your perfect blazing teeth your sword, your aggressive "Hi, how are you today?" your first attack. I have yet to see an American expressing a minor displeasure about their life to a stranger or a co-worker or an acquaintance, a parent to another parent. Even the slightest implication that one's life is less than perfect would be considered a crack in the armor and probably bad manners.

My son, not a big fan of rising early and absolutely not a great fan of shining that early, had difficulties with his teacher who was all energy and smiles in the morning. The teacher is a marvelous person, a saint even, for the way he had put up with my son. He would greet my son - who was nearly always one of the last kids to arrive at school - at his class door, with a "Hello, isn't this going to be a great day!" for which he got a mumbling, grumbling reply "Perhaps... Who would know?" "Come on now!" admonished the persistently determined voice of his teacher, "You know it is going to be great." Soon enough my son saw that he has no choice but to accept the day was going to be great, even and especially if it wasn't really so. You would think that the British have mastered the art of keeping a stiff upper lip, but they are no competition for Americans. Americans in their saccharine way deny even the existence of a stiff upper lip. Perhaps because it is still the wide, wild West that they never ever show any sign of weakness, sadness, failure, anything remotely off. As if they are living in a pink Teletubbies balloon universe, they convince themselves and the people around them that not only is everything swell right at the moment, but will continue to be so in the all foreseeable future.

In line with this attitude, Americans are exceedingly polite (unless you are in their way, literally and figuratively, then their ruthlessness is unequaled). For a nation known for their blatant directness, they sure know how to beat around the bush in daily conversations. Not only do they rarely admit being wrong or insufficient, they also nearly never accuse you of being so, at least not outright. Let me give an example of a common mistake of foreign students: If an American professor tells you that your work is "good but there is room for progress," it doesn't mean anything remotely complimentary, it means you are lacking, you should definitely try harder unless you want to fail and this is probably your last warning.

There is always room for progress for Americans. Americans seem to live in a constant move, as if they are sharks and being immobile would drown them. It is interesting to observe how they perceive themselves: in a world where everything is a project, the biggest project of all is their own lives. For an American, the ultimate project is themselves, trying to improve their lives, developing strategies for exceeding themselves, planning ahead, always aiming for the best version of themselves - whatever it is or could be. At first, like it is so with quite a many things in America, the notion of bettering yourself is attractive. However, soon enough you come to realize that this isn't a self-realization journey for "knowing thyself," on the contrary, it is a constant battle against one's own self.

In This Showplace of Easygoing

In America everything looks new, or rather, not old. I was asked by an acquaintance into the second month of my arrival how I liked being there. I said I was feeling discontented, uneasy but couldn't figure out why. Then I realized something: I have never been or lived in a city that recent, only a few decades old. The cities I lived in before were at least a millennium older, with roots delving even deeper. However, no matter how young America is, freshness is usually out of question. The polyethylene overwhelms you. The nature unruly, the city frayed, the suburb stale, America, for all its zeal for finishing projects, always seems only half-done. There is rarely more to it than meets the eye. I felt that Brecht couldn't be more right and "...there is hardly a place where it was harder for me to live than in this showplace of easy going." Materialistically speaking, this showplace of easygoing is the place to be, to live in great comfort if you are not poor, ill, unemployed, illegal, of the wrong race or old. Spiritually, the land is so bereft of benediction that, nothing metaphysical can strike root here. Perhaps that's the reason why abundance goes to waste, the opportunities sour, the possibilities are served to the privileged few.

However, there is one American thing I cherish very much: Those magnificent public libraries, home to the homeless, elderly and sometimes to hapless teens desperate to finish schoolwork. Best and perhaps the only social service the United States provides, and provide it does admirably. At the city I lived in, full of retired and rich white Americans, those public libraries were nearly the only places where you can find anybody remotely interesting and with at least a pretense of depth. Homeless people, elderly people, ousted youngsters and toddler moms; in short, people who are in desperate need of human contact, intellectual stimuli and a decent shelter on their head, the outcasts of the society, were gathered under the roof of wisdom and knowledge. That is the sort of American dream worth appreciating.