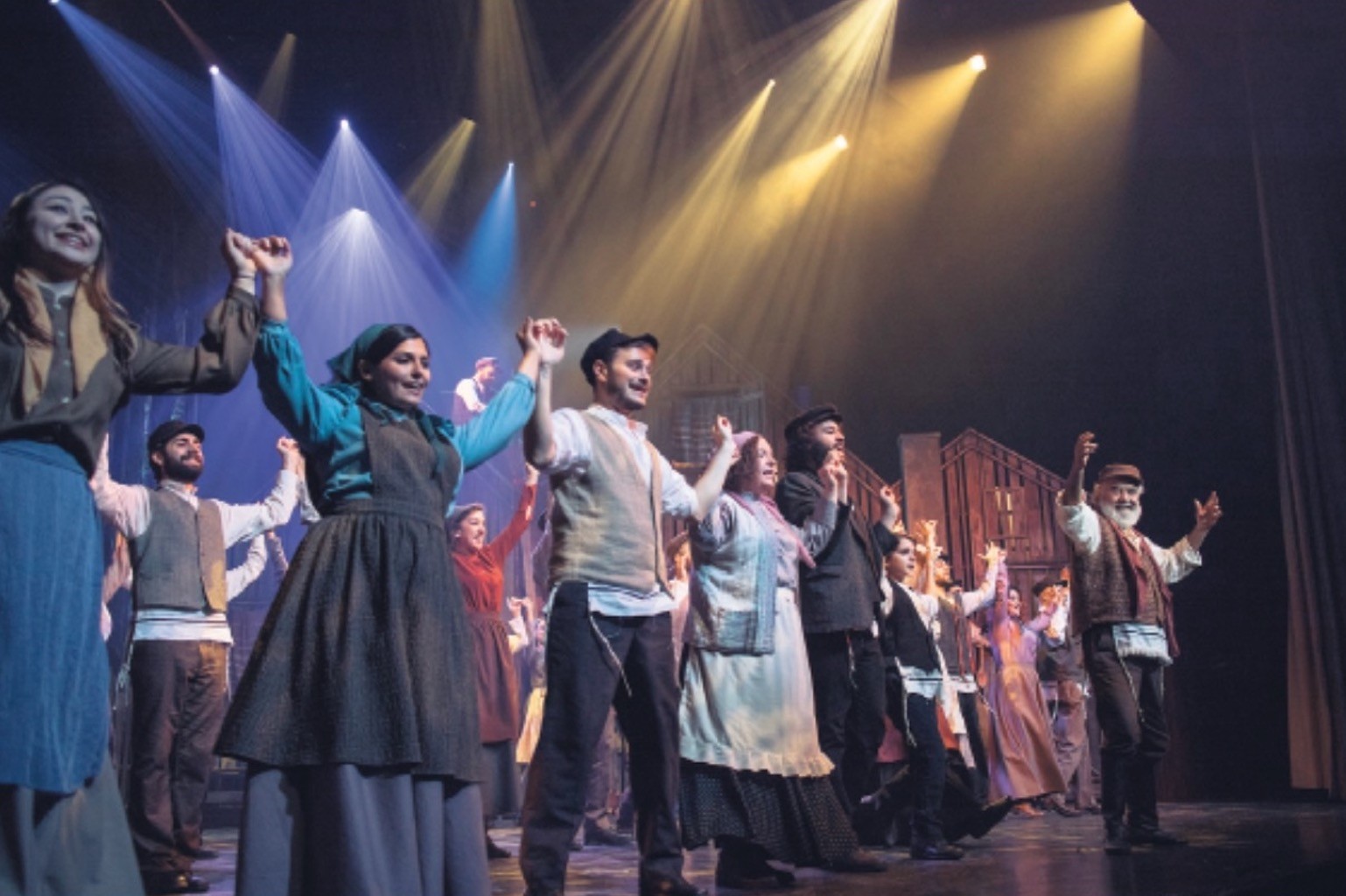 "Fiddler on the Roof," the timeless cult Broadway musical, which was staged as a Zorlu PSM production in the last season, continues to meet art lovers in the new season. This favorite musical, costarring prominent actress Binnur Kaya and stage actor Mehmet Ali Kaptanlar, will meet with the audience on Sept. 26-27 for the first time in the new season.

Adapted from the stories of "Tevye the Milkman," and one of the 15 works staged on Broadway for the longest running period, "Fiddler on the Roof" was staged for the first time in 1964 and performed 3,300 times for eight consecutive years. Having managed to win nine out of 10 categories in the Tony Awards, it was nominated for with its Broadway production, the musical was staged in Turkey for the first time in 1969. It appeared on the Zorlu PSM stage with Zorlu PSM production full cast of actors in cooperation with the Talimhane Theater in 2018.

Having attracted great attention in each staging last season, the musical will continue to meet art lovers at the Zorlu PSM Turkcell Platinum stage in the new season. Tickets for the unforgettable musical can bought from the Zorlu PSM ticket office and at the Zorlu PSM and Biletix websites. The dates of the musical are as follows: Sept. 26-27, 2018, Oct. 24 and 31, 2018, Nov. 16-23, 2018 and Dec. 7, 21 and 28, 2018.

Zorlu Performing Arts Center (Zorlu PSM) is a key gathering point of the arts and cultural life, and celebrates its fifth anniversary this year. So far, Zorlu PSM has hosted 2 million art lovers in 5,000 events, including world-famous performances, best artists in their fields, Broadway musicals, theater plays, DJ performances, concerts, exhibitions, film screenings, parties and festivals, and continues to host art-loving visitors with its growing infrastructure and diversified program every season. Since its inception, Zorlu PSM has been hosting visitors on the Turkcell Stage which has a capacity of 2,202 people with its enriched acoustics, and 3,200 people simultaneously with the "Standing on Stage" concept on the same stage. With the "Hybrid" layout that offers both seated and non-seated concert viewing, it continues to respond to Istanbul's need for a winter concert venue.

Zorlu PSM offers different facilities for everyone who wants to express themselves through art with its Turkcell Platinum Stage, which is designed with natural acoustical features with a capacity of 717 people, Amfi with a capacity of 1,000 people which enables the wonderful atmosphere of Zorlu PSM to open air in the summer months, the jazz club with a capacity of 110 people seated which will be opened in the new season, the 750-person Sky Lounge which has hosted a number of invitations and events so far, and 5,200 square meters of foyer areas. Cheers, which is in the foyer area of Turkcell Stage with its delicious menu, continues to be the favorite place for art lovers before and after the events.