Istanbul State Opera and Ballet to stage 'The Rake's Progress' 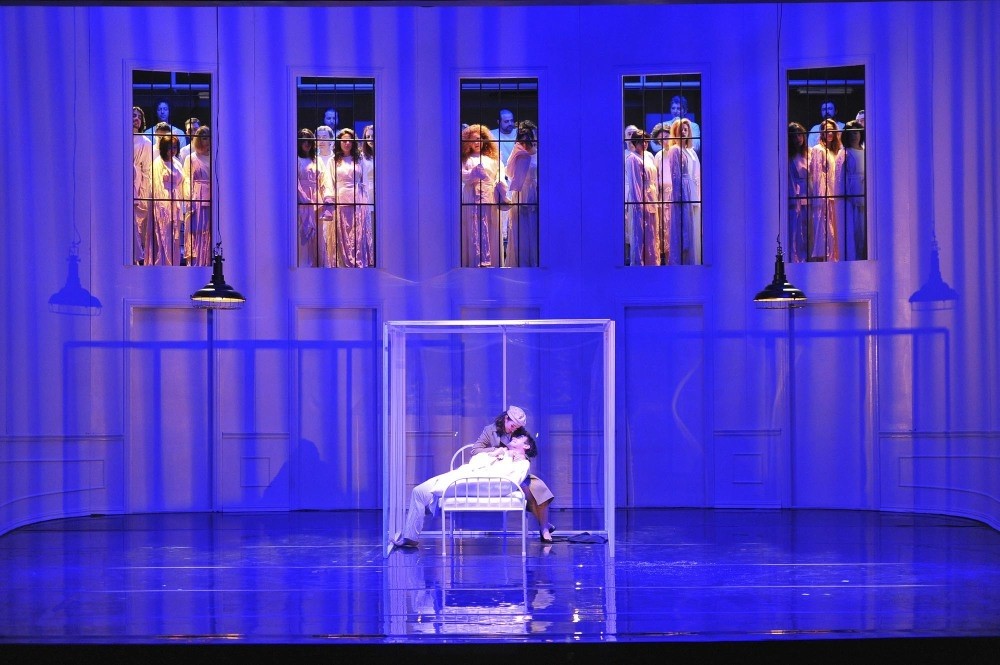 "The Rake's Progress," the opera that attracted a great deal of attention after its Turkey premiere last year, will be presented to Turkish operagoers and music lovers again this season on Nov. 12, 13, 16 an 17 at Kadıköy Süreyya Opera Hall.

Making its world premiere in 1951, "The Rake's Progress" was composed by Igor Stravinsky. Its libretto was co-written by W.H. Auden and Chester Kallman. To be staged under the direction of Aytaç Manizade, the work has drawn widespread attention with its tragicomic theme. Telling a story from 18th century Britain, the English-dubbed opera focuses on the fall of Tom Rakewell, who is a professional rake. Tempted by Nick Shadow, who we later learn is actually the devil himself, Tom abandons Anne Truelove, the woman he was about to marry. He goes to London to amuse himself, however, has a run of bad luck because of Shadow, the charlatan. Tom's story comes to an end in a mental hospital in London.

To be conducted under the baton of Can Okay, the set design was done by Efter Tunç. Costumes for the opera were designed by Ayşegül Alev, while lights were designed by Yakup Çartık. Paolo Villa will serve as the choirmaster of the show, while motion and gestures will be handled by Canberk Yıldız.