Legend of Troy reanimated in Istanbul 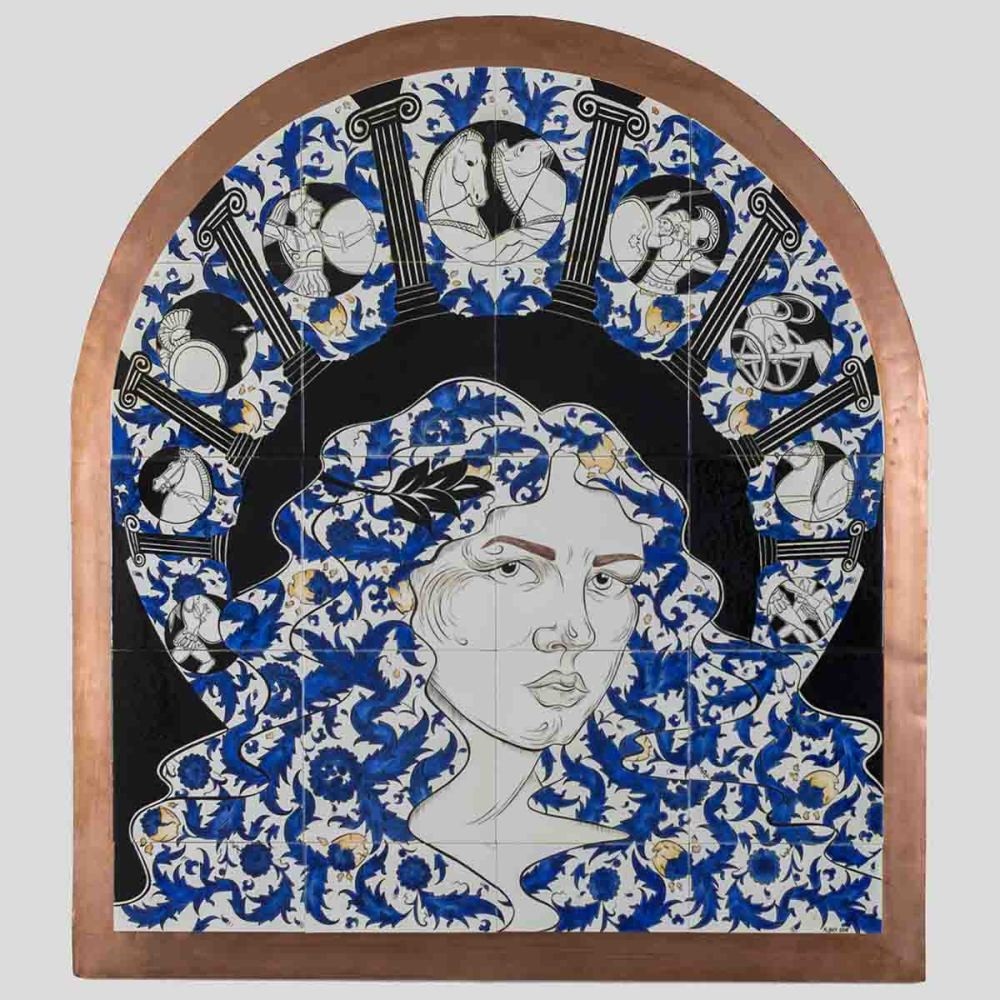 Created by new generation artists who reinterpreted the legendary city of Troy, the exhibition titled "Dream Land of Troy" will open for art lovers in Istanbul in 2018 - the year of Troy.

The "Dream Land of Troy" exhibition has opened its door at Darphane-i Amire in Istanbul thanks to the support of the Directorate of Istanbul Archaeology Museums.

Referencing Troy's - one of the most popular ancient cities in the world - 20th anniversary of being added to UNESCO's World Heritage List, 2018 was declared "the year of Troy" by the Culture and Tourism Ministry. Allocating a space to a new generation of artists to reinterpret the legendary city, the exhibition was displayed at Piri Reis Museum in Çanakkale between July 27 and Aug. 27 for the first time. Drawing great deal of attention in Çanakkale, the exhibition was opened with a ceremony, including the participation of prominent figures from art, business, media and high society circles at Darphane-i Amire on Sep. 25 in Istanbul.

Organized with the support of Kale Group, Turkey's rooted industrial enterprise founded in Çanakkale's Çan district 61 years ago, EPOS 7 (Association for Protecting and Developing Popular Ethnic Arts), and BASE, a new generation artist platform, the exhibition was guided by the curatorship of Derya Yücel and with the participation of 29 young artists. The artists, who reinterpret archaic legends of various provinces in Turkey, have presented pieces in various branches such as typography, glass making, installation, photography, graphic design, painting, ceramics and video. The exhibition will be on display until Oct.26 and promises to take art lovers on a magic journey. "What sets Troy, the legendary city that captured the imaginations of archaeologists, scientists, artists, poets and writers for hundreds of years, apart is that it is where war, power, civilization epic, fight, fantasy and culture of inspiration coincided. New generation artists, who were touched by its inspiring side, will connect generations by reinterpreting archaic myths by means of contemporary and interdisciplinary practices of expression," said Yücel.

To immortalize the exhibition and make it accessible for enthusiasts, Kale Group set up a website for "Dream Land of Troy." It is possible to have a 360-degree experience of the exhibition by visiting the exhibition's website. The website also has information on exhibition activities in addition to written and visual material.