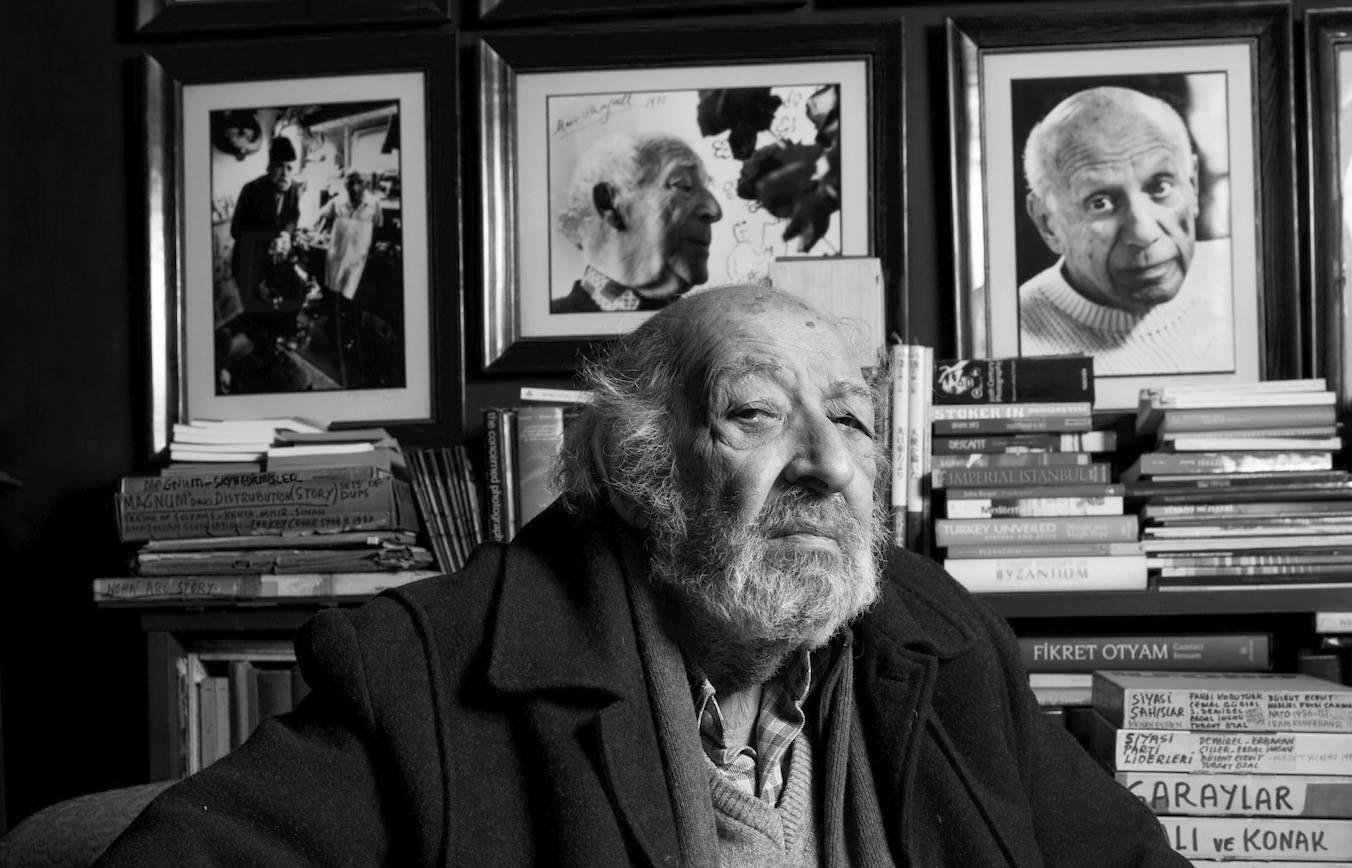 Having led a life full of photography, world-renowned photographer Ara Güler, Turkish citizen of Armenian descent, passed away at the age of 90 on Oct. 17. He left behind a huge archive of photos along with thousands of people who admired his impressive work

Ara Güler stopped time for 68 years with his photographs, a veteran in the world of photography with his skillful shots, he passed away at the age of 90.

The legendary photographer left more than 2 million photos behind and bid farewell to his fans. 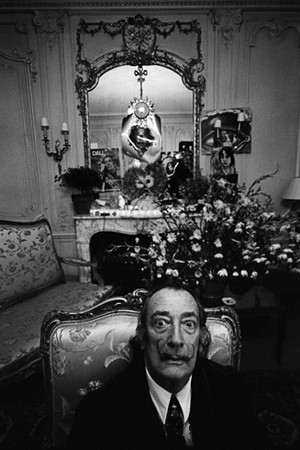 He interviewed and photographed various famous names including Winston Churchill, Indira Gandhi, Alfred Hitchcock, Salvador Dali and Pablo Picasso. He received many awards including the Presidential Culture and Arts Grand Award and the Culture and Tourism Ministry's Grand Culture and Arts Award.

The President said in his message: "Great artists continue to live with the works that they leave behind after their deaths. I see Ara Güler, who wrote history with his objective, like a great artist. Güler, who was given the title of Master of Leica, represented our country in the best way at the most important wire services and editions of the world. His work will never be erased from memories. We will always remember the master with the deep traces he left in our lives as a precious person along with his works which took place at important museums and collections in the world and photography albums reaching millions. I would like to express my deepest sorrow for the death of our precious artist, for whose objective I have posed in the recent past, one more time and offer my condolences to his relatives and admirers," Erdoğan noted.

Photographer Ara Güler took photographs of President Erdoğan at his residence in Kısıklı in 2015. Güler shot Erdoğan, his wife Emine Erdoğan and his grandchildren Ahmet Akif and Mahinur in the library and study.

Ara Güler was born Aram Güleryan on Aug. 16, 1928 in Beyoğlu, Istanbul. He was a member of the Armenian minority in Turkey. His mother's name was Verjin. His father Dacat was a pharmacist, who migrated to Istanbul from the village of Giresun in the Black Sea region, at the age of six in order to get a proper education. 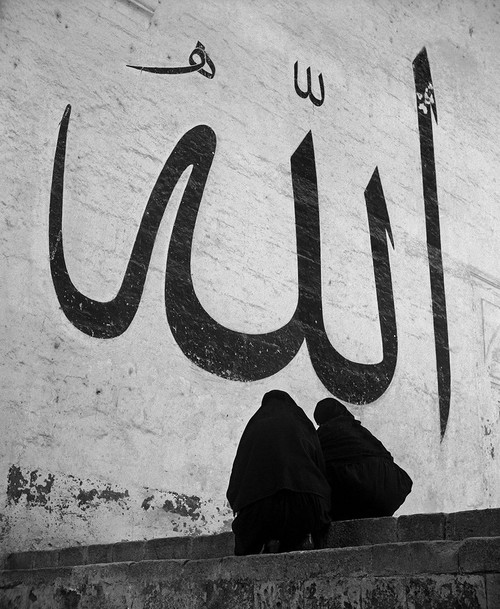 Old ladies from Güler's lens, praying at the "Old Mosque" in Edirne.

Güler graduated from the Armenian Getronagan High School in 1951. During his high school years, he worked in film studios and took stage acting courses from the famous director Muhsin Ertuğrul. He was eager to get a job as an actor. However, he found a job as a reporter in 1950. Indeed, he had a camera gifted by his father, which he used for his work at the Yeni İstanbul newspaper. His first photo news assignment was the Atatürk statue in Gümüşsuyu, Beyoğlu, which was broken by an extremist group.

He also wrote some short stories and essays in Armenian for the periodicals of the Armenian minority.

After high school, Güler enrolled at the Istanbul School of Economics, from which he never graduated. Instead, he decided to become a full-time photojournalist.

Güler covered many stories with the help of his camera. Working for the press, he never saw himself as an artist. On the other hand, he had a clear tendency to take photos with effective scenery. Sometimes, he played with the scenery to help to evoke more than just the surface of an incident. 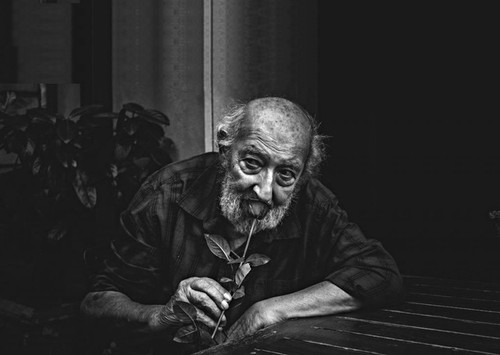 From 1954 to 1962, Güler worked as the chief of the photo segment of the Hayat magazine in Turkey. In 1958, he began working as the Near East photojournalist for some international publications including Time Life, Paris-Match and Der Stern. In other words, he was the Turkish correspondent for the European photo community.

An interview with Picasso

His photo album titled "Turkey" was published in 1970 in Germany and his photos on art and history of art were published in Time-Life, Horizon and Newsweek in the U.S. and were used by Skira Publishing House in Switzerland. Güler took photos of Lord Kinross's "Hagia-Sophia" book in 1971 and also did a photo essay with Picasso for the book "Picasso Metamorphose et unite" published by Skira publishing house Picasso's 90th birthday.

He had an exhibition in 1972 at Paris National Library and was invited to the United States in 1975 and after taking photographs of many famous Americans his "Creative Americans" exhibition traveled various cities around the world.

In the same year, he shot a documentary movie about the dismantling of the Yavuz battleship titled "Kahramanın Sonu" ("The End of the Legend") and won the first prize in the branch of "Photojournalism" of the Turkish Journalist's Society.

Some of his photographs were published in 1980 by Karacan Publishing in the book "Fotoğraflar" ("Photographs") and he photographed the book "Mimar Sinan" written by Abdullah Kuran and published by Hürriyet Association in 1986. The same book was published as the "Institute of Turkish Studies in English" in 1987. In 1989, his book "Ara Güler'in Sinemacıları" ("Ara Güler's Filmmakers") was published.

Güler photographed "The Sixth Continent" of Cevat Şakir Kabaağaçlı, the namesake Halicarnassus Fisherman for the Ministry of Foreign Affairs in 1991.

Ara Güler has been praised by many Turkish and Western institutions and associations in addition to the unending interest of the media in his life and work. He opened and joined many solo exhibitions in many capitals of the world. The New York Museum of Modern Art exhibited his works at the "10 Masters of Color Photography" event in 1968. Another exhibition in Cologne, Germany followed that. His works on art and artists were used in books and periodicals. 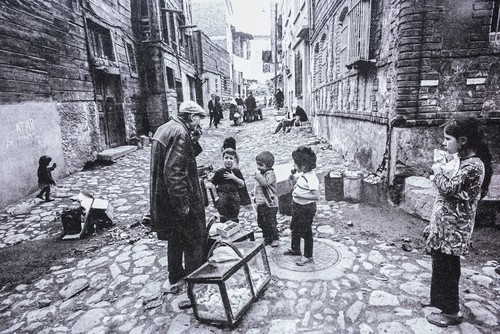 Güler also photographed many artists in Turkey. His works were used in Turkish books as well. Yet, his fame in Turkey was dependent on another side of his work. His black and white photographs of 1950s Turkey, especially of the old districts of Istanbul are mesmerizing because of their lively atmosphere. As a native-born Istanbulite, Güler was well aware on how to photograph the city. From an old cemetery with children playing amid the graves, to old ladies praying at the Old Mosque in Edirne before the vast "Allah" calligraphy in Arabic letters. His photos were destined to endure

decades because of the things they implied. His photo of three old men chatting on short chairs on the wall of an old coffee shop has become one of the emblems of the nostalgia for the old Istanbul. Or, the photograph of a boy with bread and milk is something defined as the photography of happiness.

Not all of the works of Ara Güler are as deep as the aforementioned ones. Yet, he used his camera as a collector and witness of true moments of prominent public figures and ordinary people at the same time. His vision includes not a historical but a nostalgic documenting enthusiasm.

Though an Orthodox Christian, Güler is one of the best photographers of the Islamic architecture of Turkey. He does not show the grand mosques as statuesque places but religious monuments with ordinary daily life and people around them, as they are. 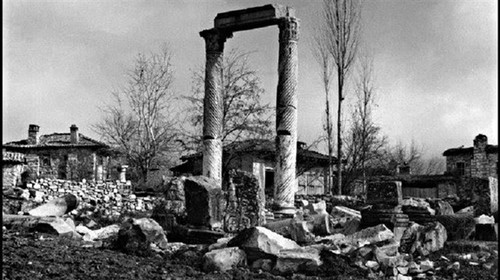 Thanks to Ara Güler's photos, excavations started in the ancient city of Aphrodisias.

Registered on the World Heritage List of UNESCO, the ancient city of Aphrodisias in the Karacasu district of Aydın province was revealed thanks to the photos taken by Ara Güler, who came to the city for the opening of a dam in 1958. After his photos, excavations were started in the ancient city and Aphrodisias was brought to light. It is still the ancient city which hosts the highest number of local and foreign tourists today.
What led to the eventual excavation of the ancient city started when Ara Güler got lost.

While he was returning from Geyre town in Karacasu, where he had gone for a dam opening ceremony he got lost on the way back. As he looked for a way to get back to Istanbul he entered a village and saw that the architectural buildings here featured works dating back to the Roman period. He witnessed historical sarcophagi being used to filter grape "şıra," a kind of juice, Güler also took a photograph of two villagers talking on a historical stone lying on the street. This photo made Aphrodisias famous. The villagers were sitting on the stone sofa which was dismantled from the ancient theater and on which the Roman governor had sat.