A photo exhibition on the world's child victims of war, organized by the Hempa Children Foundation, was opened on Monday in Ankara's Çankaya district.

"Our aim is to defend the rights of children who lack this privilege, particularly living in regions such as the Middle East and Asia. We also want to create awareness, for example, for 9,000 refugee children, who were lost in Germany," İbrahim Enes Duruay, the president of the foundation, told Daily Sabah. 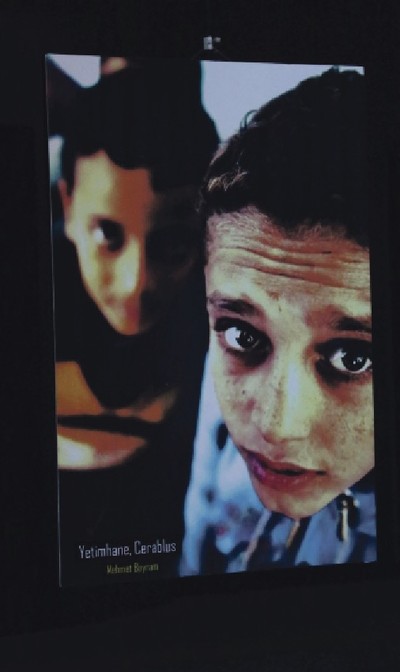 The photo exhibition, which is located in an art gallery in the metro station of the Kızılay neighborhood of Çankaya district, will host visitors until Oct. 22. The photographs of children from different regions of the world, particularly from Africa and the Middle East, are on display for everyone.

The Hempa Children Foundation was founded in 2016 on the basis of the right of convention and constituting nongovernmental organization (NGO) mentioned in the U.N. Declaration of the Rights of the Child. The foundation has 30 members under 18 years old, and also has been supported by about 100 volunteers, who are not necessarily under 18 but want to work in the foundations' projects for children.

"Hempa is the only foundation formed by children between 15-18 years old and integrated with the European Union. In this regard, we are youngest NGO of Turkey and the EU," Duruay said. Stressing that Hempa is interested in a range of issues concerning children, Duruay said that they are organizing forum events, panels, presentations as well as shooting documentaries and short films. Despite Hempa being overwhelmingly focused on Ankara for their events, their aim is to open up their activities to different regions of the world including Syria, Bosnia-Herzegovina and Jerusalem.