Turkish man to set new record on most fragile art 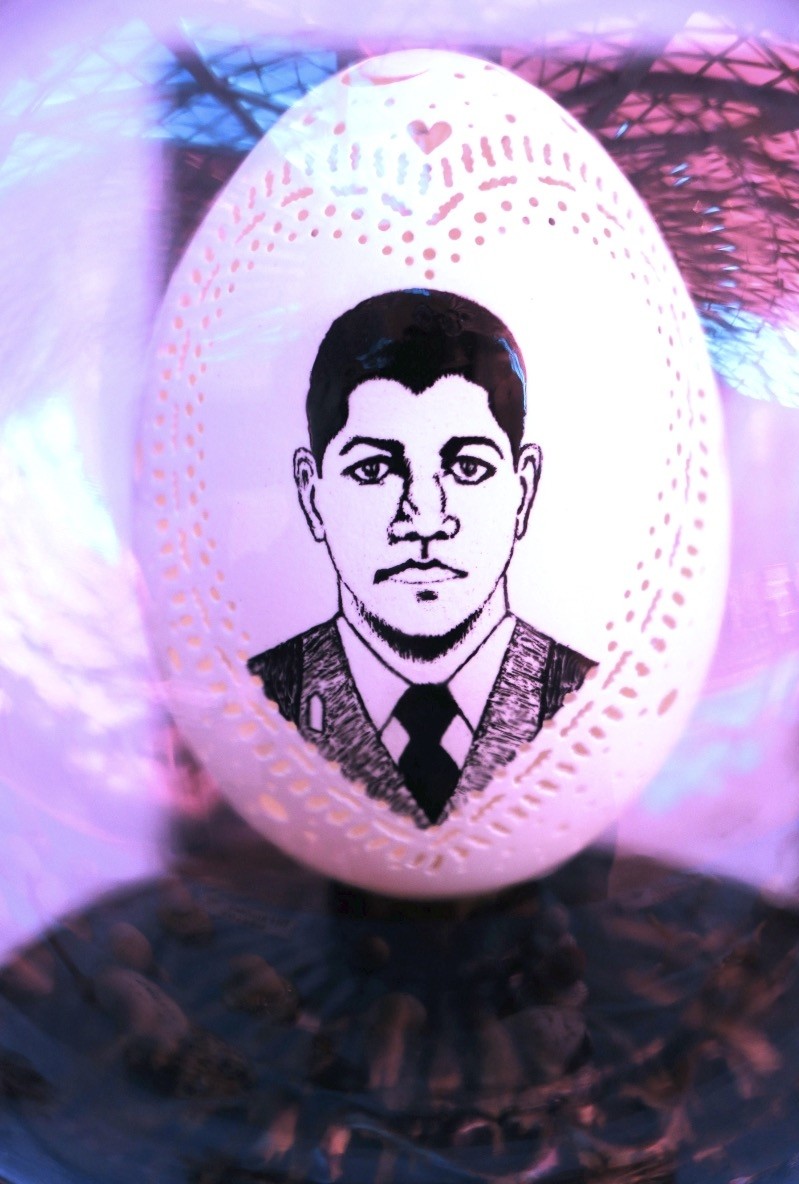 Artist Hamit Hayran is getting ready to break his own egg-carving record of 8,708 holes on a single chicken egg, to 11,000 holes this time around

Hamit Hayran, 62, from Ankara, is an egg-carving artist. Hayran is trying to break the record of the highest number of holes carved on a chicken egg with 11,000 holes.

With two children and five grandchildren, Hayran, who lives in Gölbaşı district, became disabled after he received an electric shock. He could not stand or walk for many years after the accident and decided to try his hand at wood engraving, which he learned from his father, but on eggs.

Since 1990, he has been carving figures on eggs of various sizes that he collects from different regions in Anatolia.

Hayran is the first Turk in the World Egg Carving Art Encyclopedia and is a member of the World Egg Carving Art Foundation. One day, he learned that the record of the highest number of holes on a chicken egg belonged to Pakistani artist Jijin Kumar with 7,500 holes. In a bid to beat this record, he became the new owner of the record with 8,708 holes,

carving words of God and Prophet (Allah and Hazreti Peygamber in Arabic) on an egg.

Recently, Hayran decided to carve the same words on an egg again but this time with 11,000 holes - to break his previous record. Counting down the days to complete his work, he wants to be registered on the Guinness World Records and is looking for a sponsor.

'I engrave dreams on eggs'

Speaking to Anadolu Agency (AA) at an exhibition in Eskişehir province, Hayran said that he received an electric shock while working as a technician at a university in Ankara and was unable to stand or walk for many years after the incident.

Noting he needed an income to sustain himself during that time, he said, "I started egg carving in 1990. There are all types of eggs in Anatolia. I carve all kinds of eggs from the egg of the zebra finch, which is nail size, to ostrich eggs. It is a very fragile art. Even the simplest mistake can cause the egg to break. I mostly prefer goose eggs while performing my art. Goose eggs, have a clean and bright appearance, and cannot break easily. We can send them to places at home and abroad through cargo. I engrave the dreams of those who order my eggs. I can also carve the photos that they send me via mobile phone. An egg can be completed between a day and two months. This period is shaped according to the motif on the egg and thickness of the shell." Hayran mentioned that he thinks there are about 200 people in Turkey who know this craft, but there are few who internalize the specifics of the art, which is adopted from the Ahi culture. "The record of holes on an egg belonged to Pakistani Jijin Kumar with 7,500 holes. After I learned that, I worked hard and broke this record with 8,708 holes. I started a new egg this year. There will be 11,000 holes on this one. Some 380-390 holes will be made in a centimeter square. If I can find a sponsor, I will also apply for the Guinness World Records. I want to make sure Turkey's name is in there," he reported.