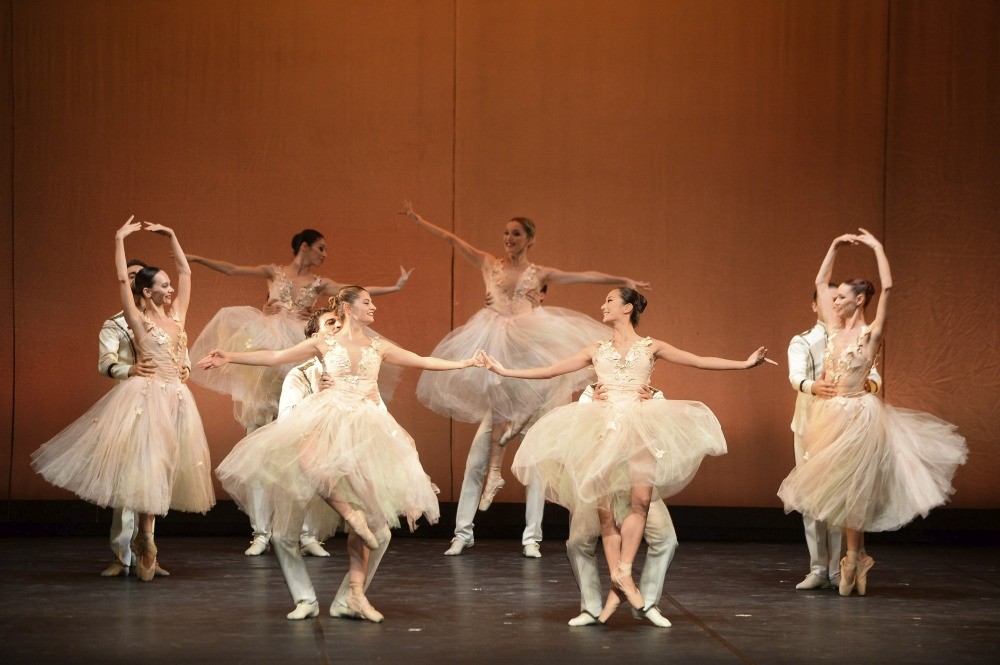 The Mersin State Opera and Ballet (MDOB), welcoming its 27th season this year, aims to reach all segments of society with its large repertoire from the world famous Hamlet ballet to the symphonic concert filled with the folk songs by Neşet Ertaş.

Implying that the opening event, which is comprised of striking parts of different representations was sold out. Özdülger said the huge interest shown in their shows at the beginning of the season has made them really happy.

She mentioned that they have worked very hard to create an impressive repertoire for audiences this season. "We will perform a large repertoire, including musicals, operettas, ballets, operas, oratorios, essential children's plays and symphonic concerts, which is sure to appeal to everyone," she continued.

Stressing that they aim to present a new play to art lovers every month, she added: "We will have two new children's plays and a musical titled 'Tango Opera.' Our new ballet is 'Hamlet.' 'Frida,' which we perform before 'Hamlet,' will be offered to our audience again. Turkey is a cultural mosaic. We have a beautiful variety folk songs. We have organized a piece where these folk songs are combine and uniquely arranged. In March, 'Türkünağme' ('Folk Song Tune') will premiere. The musical 'Arshin Mal Alan' will be performed in April. Then, we will go on tour."

Works that appeal to everyone

Özdülger remarked that plays and musicals that cater to all kinds of tastes have been included in their repertoire and reported: "Our main target is to address everyone. We conduct good work in this institution. We try to develop a perspective and encourage imagination by presenting art to our audiences. Art never stops. It is our most important goal to present the development in art to the public. Besides, we have organized a repertoire that every art lover will like. It includes folk songs, children's play, classical ballets, operas, musicals and a concert to remember famous, late bard Neşet Ertaş. We have arranged a lineup that everyone will love and enjoy. Indeed, this is our purpose."

Stating that they organize events in different places, such as Atatürk House and Latin Italian Catholic Church as well on the opera stage, the manager added they also give concerts in the Mersin Archaeology Museum.

Reaffirming that they will continue to promote art in every corner of the city, Özdülger noted: "We hold training sessions, to which we give great importance. We go to schools in the city and perform 'Opera in the School' events. We aim to introduce polyphonic music and opera in a way that children can understand. We have received many performance requests; however, this year is special since we started to receive requests from schools in Adana province. We want to introduce operatic, classical and polyphonic music, orchestral instruments and ballet to young people. We are very excited to be able to do this in Adana. I want this interest in music to continue; we actually believe that it will."

She indicated that the size of their audiences increases every day. "This year, our goal is to make all of our events blockbusters. We believe in our repertoire of this year. Like it has been for 26 years, our audience gradually increases every year," she continued.