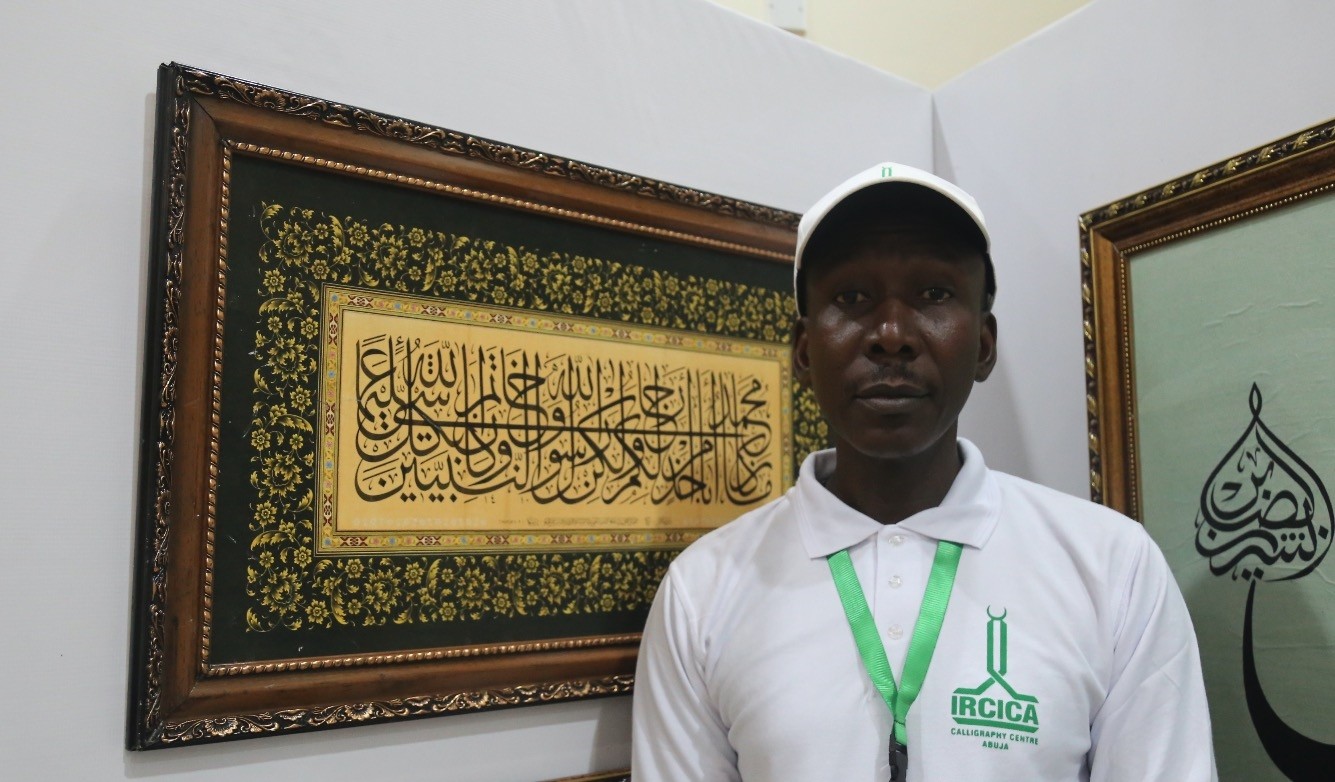 Yushaa Abdullah, a Nigerian calligrapher who studied the art in Turkey, now decorates mosques all across the West African country.

The 50-year-old artist studied calligraphy in Turkey for five years. He is the founder of "Al Mihrab Calligraphy School" in northwestern Nigeria's Kaduna. He trains dozens of students and contributes to the promotion of the art of calligraphy in other West African countries.

In an interview with Anadolu Agency (AA), Abdullah spoke in detail about the art of calligraphy, its study and his adventure in Turkey.

He was accepted to the Mimar Sinan University of Fine Arts in 2007 and studied calligraphy with masters like Hasan Çelebi and Davut Bektaş.

Abdullah said his parents had insisted that he study science but he dropped out of college and improved his calligraphy skills on his own. "In Africa, those who deal with art are generally considered lazy or stupid. This is why I attended a science high school and graduated with a very good grade. Although I got scholarships from many universities in Nigeria, I did not attend one because I wanted to study the art of calligraphy," he said.

"I made a lot effort to learn calligraphy," said Abdullah, adding that he opened a school in Nigeria after returning home in 2012 to promote the art form all across Africa.

"My school in Kaduna now has 25 students," he said.

Abdullah's work has been showcased in exhibitions around the world, in Turkey, Nigeria, Pakistan and Malaysia. About Turkey's assistance in learning and promoting calligraphy, Abdullah said, "With the help of Turkey's Research Center for Islamic History, Art and Culture [IRCICA], the first calligraphy center in Nigeria, perhaps in West Africa, will open soon." Abdullah has worked on many mosques in different parts of Nigeria, including Kano, Abuja, Lagos, Borno, Niger and Port Harcourt.

'I did not feel like a stranger in Turkey'

Abdullah said that during his five years in Turkey he never felt like a stranger. He added that Turkey is one of the most important countries in the world in the field of calligraphy. "If you want to study calligraphy, you cannot find a better place than Turkey. Turkish people treated me very well and supported me in every possible way," he said.