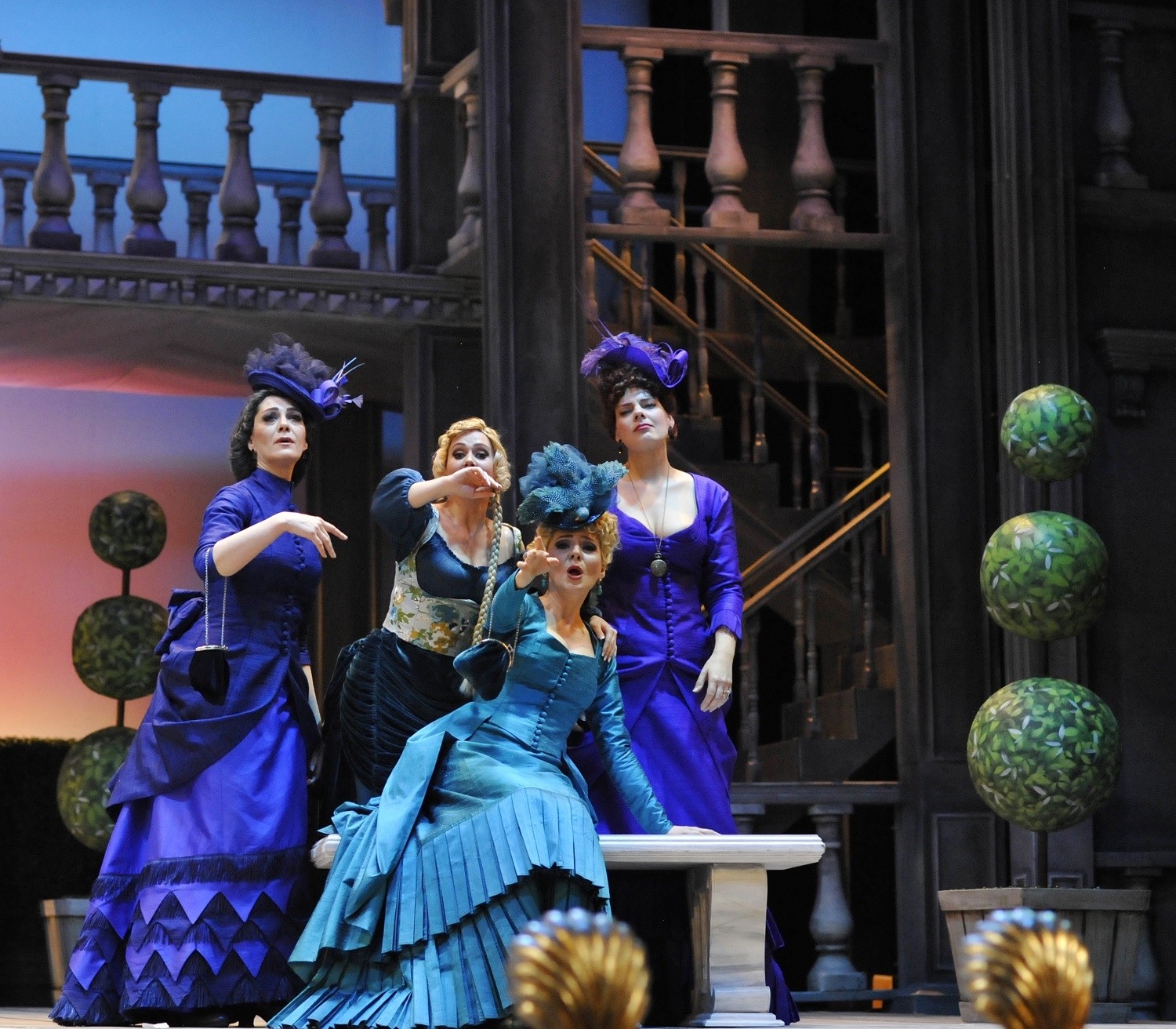 The opera "Falstaff," which premiered at the Istanbul State Opera and Ballet and attracted a great deal of attention last season, will be performed at Süreyya Opera Stage in Istanbul's Kadıköy tonight then again on Nov. 9 and Nov. 10.

"Falstaff," which premiered in Milan in 1893, is known to be the last masterpiece of Giuseppe Verdi.

espeare. The libretto of the piece, on the other hand, was written by Arrigo Boito. Verdi had said that he really enjoyed composing this amusing, witty and humorous opera after so many dramatic and tragic operas he had composed.

"Falstaff" is famous for being one of the most difficult operas in the world in terms of staging and musical performance. However, it is well enjoyed and liked by art circles.

Set in 14th century England the opera opens with Falstaff, one of the most amusing characters written by Shakespeare, seducing Alice Ford and Meg Page at the same time. Alice Ford and Mag Page are both married and close friends. This comedy emphasizes that the entire story is nothing but a joke in the aftermath of a conflict, in which human feelings such as love, greed, ambition and intrigue coexist in a world full of idiots.

The production director of the opera, which will be in Italian, will be conducted by Renato Bonajuto while the conductorship will alternate between Roberto Gianola and Can Okan. Efter Tunç will be responsible for the set design while Ayşegül Alev will take on costume design. The lighting design, on the other hand, will be conducted by Yakup Çartık. Paolo Villa will take the stage as the choir master for the opera.