Trabzon museum to display goods made from tree roots 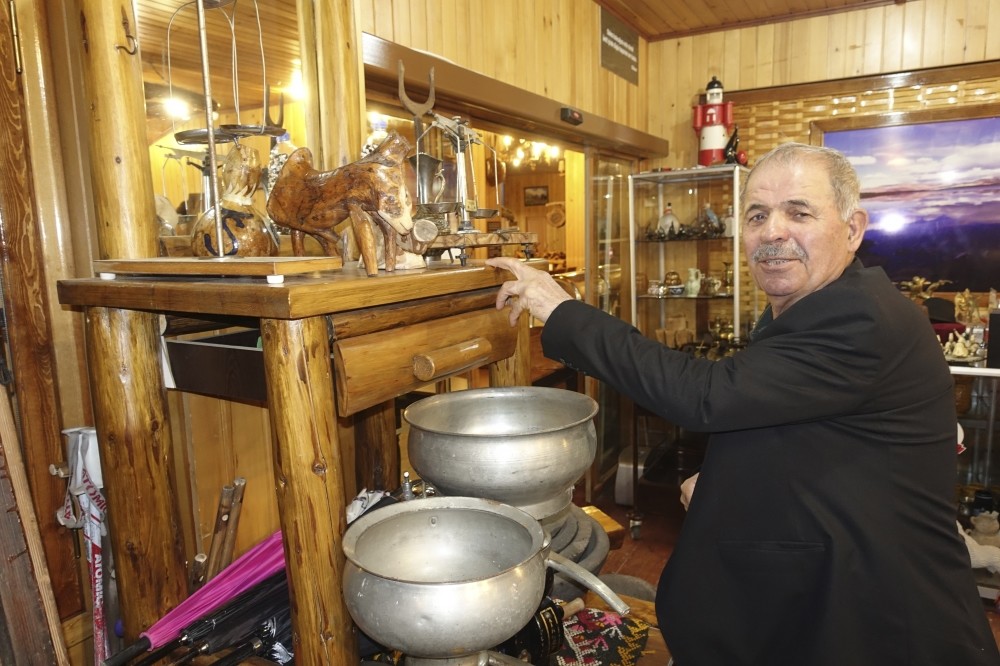 A new museum in Uzungöl, in Turkey's Black Sea province of Trabzon, will display handmade goods and animal figures made from tree roots.

The museum is likely to attract thousands of visitors given Trabzon's status as one of Turkey's key tourist destinations.

It will showcase the artworks of 74-year-old Dursun Ali İnan, a hotelier from Uzungöl's Çaykara district.

Speaking to Anadolu Agency (AA), İnan said that there were some huge avalanches at 17 different spots in Uzungöl back in 1993. "My father's home was demolished during those avalanches," he said.

"The avalanches dragged many trees into the city center. Most of them were taken away by the forestry department, the rest was used by the locals. I made chairs, armchairs and tables from those trees but then the tree roots took my attention," İnan said.

He added that he saw a similarity between tree roots and various animal figures.

"I started to transform them into whatever animal figure they looked like. I started by saying 'let's make a cow or an ox' and have not stopped since. I make these figures in my spare time. It is like this art has mixed in my blood," İnan explained.

He said that he goes to the mountains to look for fallen trees.

"I walk around and examine the roots and bring those which can be turned into something," he added.

So far, İnan has made 96 animal figures and 60 other goods, like chairs and tables.

His artworks, which are now displayed at his hotel and restaurant, need annual maintenance to prevent them from decaying. "We are planning to display them all at one place so everyone can see them. I am 74 years old and I do not know how long I can protect them but I am trying to leave them for the rest of the world to see," he said.

İnan also holds a collecting license and has so far registered 596 - of his more than 1,000 pieces - with the Provincial Directorate of Culture and Tourism.

He said that he is planning to put his artworks and collections on display. He has rented a 3,700 square meter space from the Directorate General of Nature Conservation and National Parks, with permissions from the related departments.

"We are building a partially-closed wooden culture house on a 1,300-square-meter space, which matches the region's architectural texture and shows the traditional lifestyle in the area," he said.

"We are carrying out the project on our own but have also applied for funds from the European Union."

"I was born into difficulties and I like challenges. I get tired when I don't have anything to do. There are only a few museums left in Europe that I haven't visited in the last 22 years. Mine is like a drop in the ocean in comparison to them but I take them as examples. It's hard to find one like ours and that can set us apart. I believe this can contribute to tourism in the Black Sea region. This is my hobby and I like it. People's appreciation is like a driving force for me. When someone visits us, looks at what we are doing and appreciates it, it's a good feeling. I don't like to be praised much, but everyone likes it from time to time. It is also important to please people," İnan said.

He said the work will be complete by August 2019.