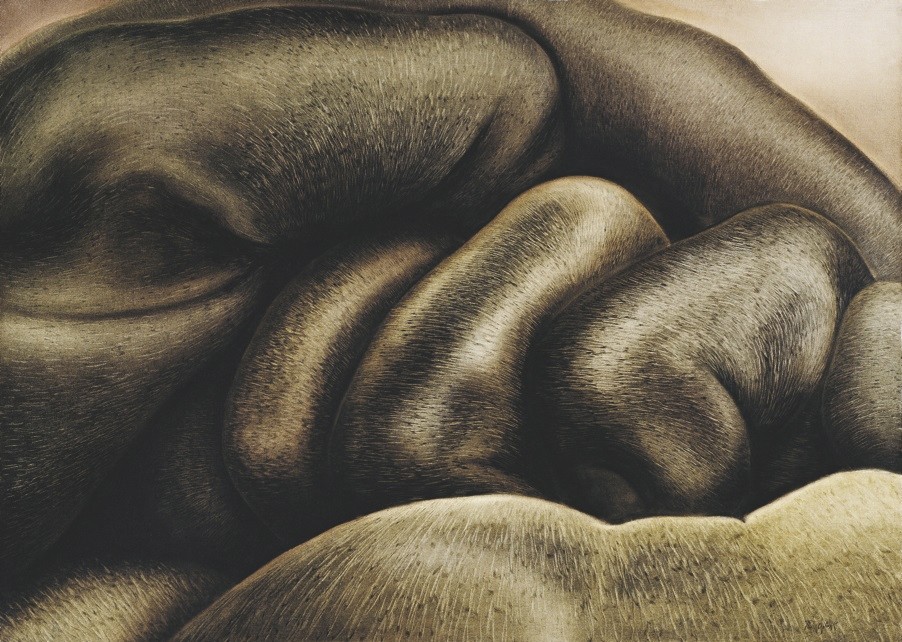 Compiled from Fatma Tülin's works, the anthology titled "The Skin of the Universe," will be on display at Tophane-i Amire Culture and Art Center at the Beş Kubbe exhibition hall between Nov. 15 and Dec. 15.

Starting with her popular painting, "Onion and Bread," the anthology will offer a way to observe the creative journey of the artist step by step. Most of the pieces offered at the exhibition, which was organized with the cooperation of MERKUR and MANIFESTO, consist of Tülin's work produced under the context of plasticity, containing forms of objects and human bodies.

In addition, Tülin's outdoor renders and portraits, presented under "Side Roads, Turnouts," will also be open to visit at the exhibition.

'The integrity in form between ginger root and the human body'

The visual similarities and formative connections between natural objects and (especially) the female body, develops a tide between the abstract and subtract.

"All the paintings are the plastic results of the integration of sight, senses and the hunger for touching on the world, its skin, objects and forms," she adds.

Fatma Tülin conducted her studies in Istanbul and Paris. The exhibition at Tophane-i Amire is the 38th personal exhibition by the artist held in Turkey and foreign countries.