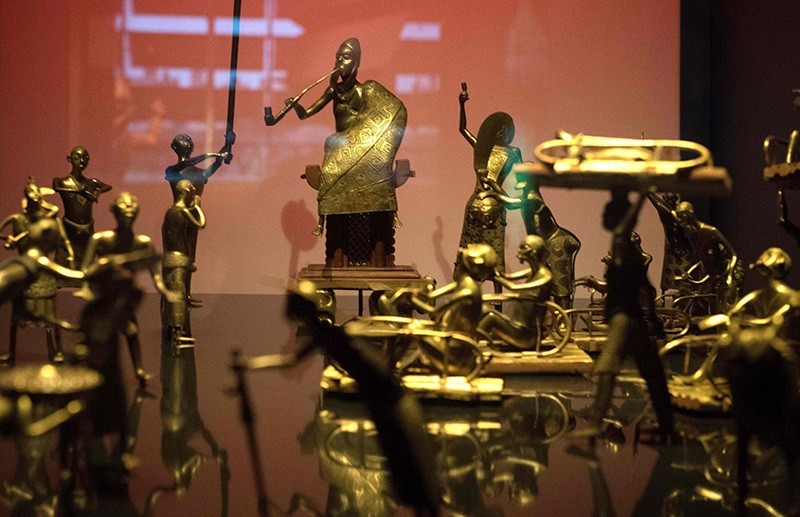 Africans museum directors on Wednesday welcomed an expert report calling on France to allow the return thousands of African treasures and artworks, a radical policy shift that could put pressure on other former colonial powers.

Calls have been growing in Africa for restitution, but French law strictly forbids the government from ceding state property, even in well-documented cases of pillaging.

He later asked French art historian Benedicte Savoy and Senegalese writer Felwine Sarr to study the matter, and they are to present Macron with their report on Friday.

According to a copy seen by AFP, they recommend amending French law to allow the restitution of cultural works if bilateral accords are struck between France and African states.

The change would apply in particular to works held in museums which were "transferred from their original territory during the French colonial period," the report said.

"We propose changing heritage laws so that all types of cases can be taken into account, and the criteria of consent can be invoked," Sarr told French daily Liberation in an article posted late Tuesday.

The report was welcomed by advocates of the restitution of works which were bought, bartered or in some cases simply stolen.

"Today it feels as if we're just a step away from recovering our history and being finally able to share it on the continent," Marie-Cecile Zinsou, a daughter of Benin's former prime minister and president of the Zinsou Art Foundation in Cotonou, told AFP.

Her sentiments were echoed by the director of the Museum of Black Civilization in Senegal's capital Dakar, Hamady Bocoum.

Noting that the works under discussion were taken "in the context of colonization and subordination," he said: "It's a good decision that reflects the march of history."

While the ownership controversy is nothing new, the issue was thrust into the spotlight in 2016 when President Patrice Talon of Benin asked France to return items including carvings, scepters and sacred doors from the Palaces of Abomey, formerly the capital of the kingdom of Dahomey.

France refused, citing its law that museums are forbidden from permanently parting with any piece in their collections.

Of the estimated 90,000 African artworks in French museums, around 70,000 are at Paris' Quai Branly museum, created by ex-president Jacques Chirac, a keen admirer of African and Asian art.

In order to proceed with any restitutions, "a request would have to be lodged by an African country, based on inventory lists which we will have sent them," according to the report.

The prospect has raised hackles among some curators and art dealers who say it would eventually empty museums and galleries in some Western countries.

They point to the fact that many objects came from kingdoms which no longer exist, and that in many cases the owners can claim they were obtained legitimately.

Critics also say the move could prompt private French collectors to move their works out of France for fear of seizure.

"No dealer in African art was consulted" by the report's authors, said Yves-Bernard Debie, a Belgian lawyer who is one of the most vocal opponents of returning works taken by soldiers, explorers and others during the colonial era.

European conservationists meanwhile have raised practical concerns, such as the danger of arteficts being stolen or poorly handled by inexperienced museums in politically unstable countries.

But the report's authors said art market professionals were indeed among those who contributed to the report, along with collectors, lawmakers, legal specialists and even "skeptics."

Britain too has faced numerous calls to return artifacts to the countries they originate from, including the Elgin Marbles to Greece and the Benin Bronzes to Nigeria.

On Tuesday, the governor of Easter Island in the Pacific tearfully begged the British Museum to return one of its famous statues.

The London museum has held the Hoa Hakananai'a, one of the most spiritually important of the Chilean island's stone monoliths, for 150 years.

Elsewhere in Europe, the French experts said 37,000 objects from Sub-Saharan Africa were at Vienna's Weltmuseum and 180,000 were at Belgium's Royal Museum for Central Africa in Tervuren.

The report said such collections were effectively depriving Africans of their artistic and cultural heritage.

"On a continent where 60 percent of the population is under the age of 20 years old, what is first and foremost of a great importance is for young people to have access to their own culture, creativity, and spirituality from other eras," it said.