Istanbul festival to offer folk music from around the world 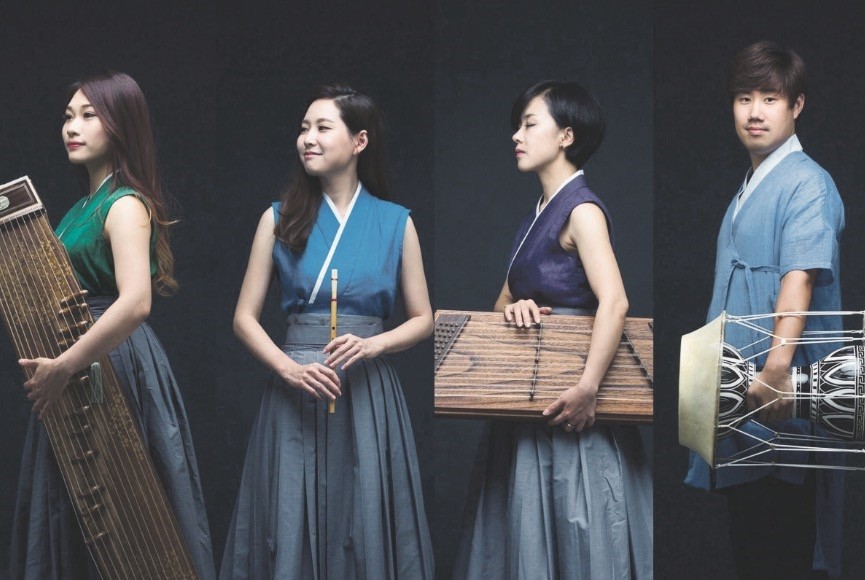 A prestigious venue hosting many esteemed musicians and performers from around the world, Cemal Reşit Rey concert hall will host a folk music festival, bringing together musicians from Spain, Iran, Azerbaijan and Korea

The First Istanbul International Folk Music Festival, which will be organized by the Istanbul Metropolitan Municipality's (IBB) Cemal Reşit Rey (CRR) Concert Hall under the auspices of the Presidency of the Turkish Republic, will start on Dec. 1. Within the context of the festival, a variety of Spanish, Iranian, Korean, Azerbaijani and Turkish folk songs will meet music lovers. Homayoun Shajarian, Paco Pena, Aziza Mustafa Zadeh, Hona, Erkan Oğur & İsmail Hakkı Demircioğlu and Yavuz Bingöl are among the artists who will perform at the festival.

Different cultures in the festival

At the first Istanbul International Folk Music Festival, many cultures will come together through folk songs inspired by the perceptions, thinking and lifestyles of different nations. Listeners will have an opportunity to hear traditional Spanish, Iranian, Korean and Azerbaijani songs with contemporary comments along with Turkish folk songs from different regions of the country.

The opening concert of the festival will be performed by Aziza Mustafa Zadeh at the CRR Concert Hall on Dec. 1 at 8 p.m. With her extraordinary voice, Zadeh blends mugham, traditional Azerbaijani music, with classical music and jazz. Having performed unforgettable concerts on the CRR stage before, Mustafa Zadeh is among the favorite figures of prestigious festivals.

On the second day of the festival, two unforgettable concerts await music lovers.

At the concert by the celebrated duo Erkan Oğur and İsmail Hakkı Demircioğlu, a repertoire comprising of authentic Anatolian folk songs will be presented to listeners. The concert will start at 8 p.m. The duo sees their performance as a joint effort of remembrance.

CRR Concert Hall will host legendary flamenco guitarist and composer Paco Pena on the same night at 9 p.m. Pena will be accompanied by his entire performance group - including dancers, guitarists and singers.

Flamenco was shaped by the intense cultural interaction between different nations such as Arabs, Berbers, Romans and Jews in the Andalusia region of Spain.

Homayoun Shajarian, the son of Mohammad Reza Shajarian, the legendary figure in classical Persian music with his voice, words and saz, a string instrument, will meet music lovers in Istanbul for the first time at CRR on Dec. 3 as part of the festival.

Shajarian, who has a large fan base in Turkey, is known for his voice quality and perfect throat singing. He is a figure who combines elegant Persian poems and traditional Iranian music with modern music.

The fourth day of the festival will begin with a concert from the Ministry of Culture and Tourism Istanbul State Modern Folk Music Society at 8 p.m. The society will perform a repertoire in which they combine folk songs with modern music.

On the same night, music lovers will have an opportunity to listen to the HONA Korea Music Ensemble, which blends traditional Korean music with a contemporary and aesthetic perspective, on the CRR stage at 9 p.m. HONA is comprised of four versatile artists who play various traditional instruments, such as the zither, obua, saenghwang, ajaeng and kkwaenggwari. The members, who are perfect soloists with their instruments, get inspiration from shamanic music and gugal, or Korean traditional music. Using improvisation in their performances, the society creates a passionate and escapist musical theater comprised of visual images on the stage.

On Dec.5, the final day of the festival, two concerts will meet Turkish folk song lovers. The first concert, which will start at 8 p.m., is entitled "İrfani Türküler" ("Folk Songs of Wisdom"). At the concert, Yavuz Bingöl, İsmail Altunsaray, Ümit Yılmaz, Ertan Tekin and Erdinç Aksaç will take the stage with folk songs that perfectly reflect Anatolian culture.

The festival will end with a second concert titled "Yavuz Bingöl İle Bin Yılın Ozanları" ("Bards of a Thousand Years with Yavuz Bingöl"). Here, Bingöl will commemorate Seyit Meftuni, whose works in the Turkish folk music repertoire are a source for music researchers and players today, and Aşık Beyhani, who introduced many works to the Turkish folk music, at the concert. Bingöl's guests at the concert will be Oğuz Aksaç, Elif Buse Doğan, Fadime Satılmış and Aykut Aslan. The artists will be accompanied by a chamber orchestra.