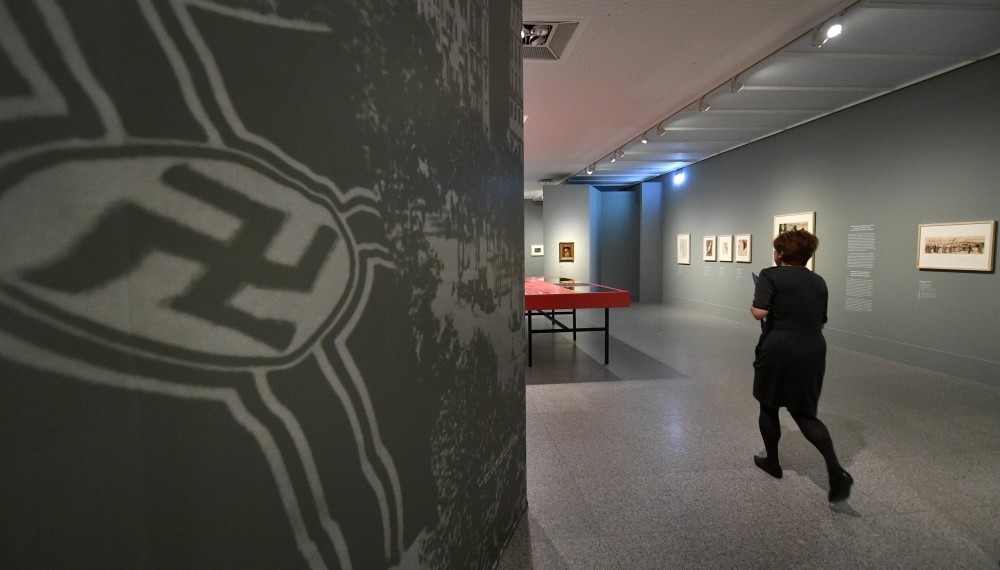 Bundeskunsthalle Museum in Germany presents some 250 artworks from the 1,500-piece collection, including pieces likely looted from Jewish owners under Nazi rule.
by Nov 27, 2018 12:00 am

Berlin is hosting an international conference on Nazi-looted art 20 years after guidelines were laid down for returning stolen works to their rightful owners.

Some 1,000 experts are expected to be at the conference, which started on Monday and lasts until Wednesday, to discuss progress on the so-called Washington Principles from 1998, which set out international obligations toward the victims and their heirs.

U.S. businessman Ronald Lauder, who is president of the World Jewish Congress, is expected to attend the conference. Laudner recently accused Germany yet again of dragging its heels in the search for Nazi-looted art.

The Washington Principles, agreed in December 1998 at the Washington Conference on Holocaust-Era Assets, state that steps should be taken "expeditiously to achieve a just and fair solution" when Nazi-looted art is uncovered.

The Berlin conference is being organized by the German Lost Art Foundation based in the city of Magdeburg and is being funded from the budget of Culture Minister Monika Gruetters.