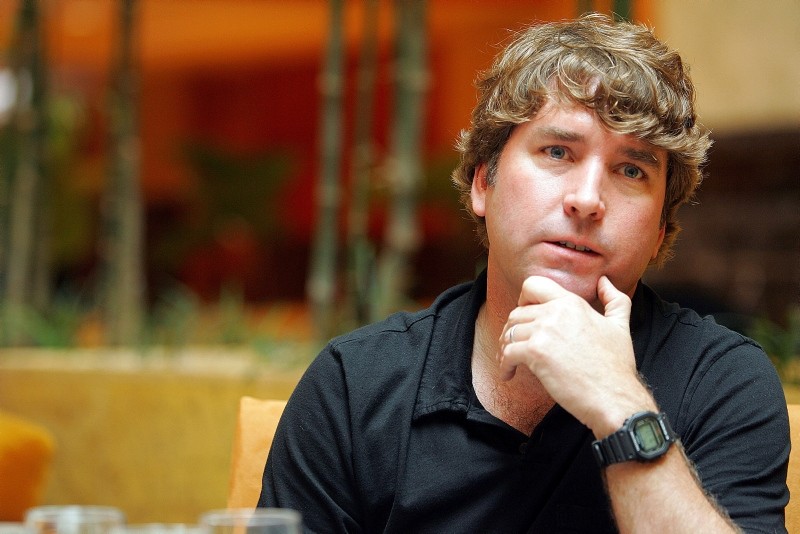 Stephen Hillenburg, creator of the popular animated series Spongebob Squarepants is interviewed by Reuters in Singapore, January 28, 2005. (Reuters Photo)
by Nov 27, 2018 12:00 am

The creator of the animated television series "SpongeBob SquarePants," Stephen Hillenburg, has died at the age of 57, the Nickelodeon television network said on Tuesday.

Hillenburg had said last year that he was suffering from the neurodegenerative disease ALS, also known as Lou Gehrig's disease.

"We are incredibly saddened by the news that Steve Hillenburg has passed away following a battle with ALS," the network said in a statement. "He was a beloved friend and long-time creative partner to everyone at Nickelodeon, and our hearts go out to his entire family."

Hillenburg was a marine biology teacher in Southern California when he started creating sea creatures as teaching tools.

The first episode of "SpongeBob SquarePants," featuring the cheery yellow sea sponge and his friends who live in the fictional underwater city of Bikini Bottom, aired on television in May 1999.

The series went on to win multiple awards, produced a series of spin-off books, two Hollywood movies and a Broadway musical.

"Steve imbued SpongeBob SquarePants with a unique sense of humor and innocence that has brought joy to generations of kids and families everywhere," the Nickelodeon statement said. "His utterly original characters and the world of Bikini Bottom will long stand as a reminder of the value of optimism, friendship and the limitless power of imagination."