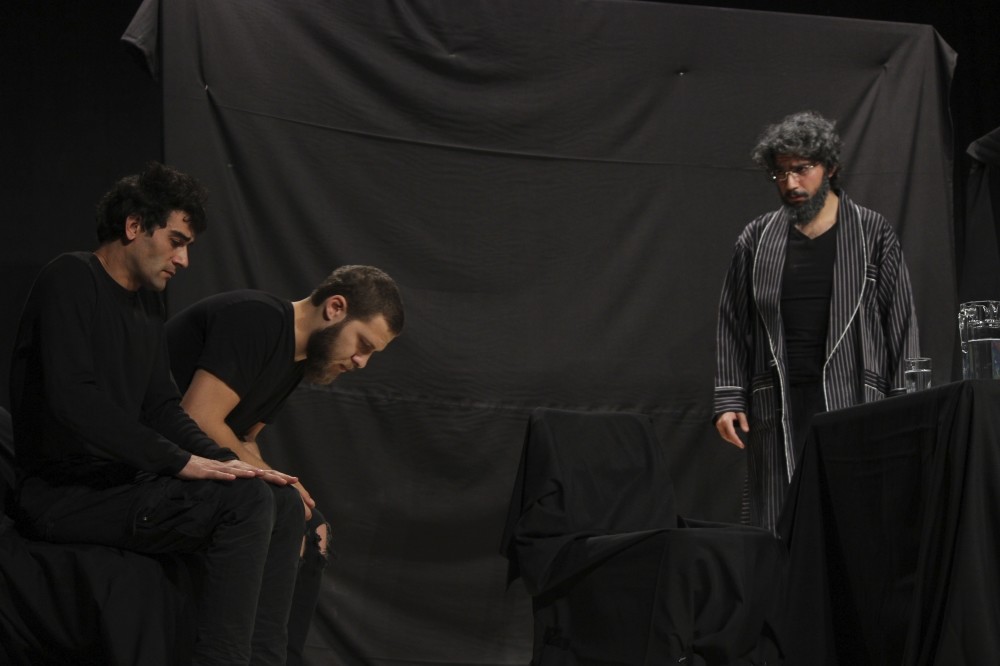 The play titled "Beni Affet Anne" ("Forgive Me Mom"), written as part of the fight against drugs, attracts a great deal of attention from parents, young people, local authorities and security forces in the cities where it is staged, especially in eastern and southeastern Anatolia. However, can watching theatrical drama be used as an educational tool to fight drug addiction and abuse? The formula of the fight against drugs with theater has some backing in the scientific world. In a study conducted in North Carolina in the U.S., it was revealed that more than half of the spectators of a play titled "Tunnels," which consists of a series of sketches about the effects of drug addiction, left the theater wanting to participate directly in the anti-alcohol and anti-drug work in the home and in their environment, after watching it.

Written by playwright Howard Craft, "Tunnels" is a play inspired by real life stories created with consultants working in the field of drug addiction. The play was staged six times at the North Carolina Central University (NCCU). Three months after the play was staged, a phone survey was conducted to determine the participation of spectators in drug addiction prevention. Almost half of those who watched the play said that they had occasionally participated in activities dealing with the prevention of drug addiction. Also, nearly all of the respondents stated that they were involved in the prevention of addiction by starting discussions with their family or friends or making donations to organizations fighting against addiction in society.

Noting theatrical drama functions as an educational tool in the fight against drug addiction and abuse, Hüseyin Akkaş the producer of "Beni Affet Anne," said that spectators left the theater wanting to participate directly in alcohol and drug prevention efforts in the home and in their social environment, after watching their play "Beni Affet Anne" just as it was with "Tunnels."

"Today, studies on the use of drama as a tool in health education are discovered and documented. In the principles of drug abuse prevention education, it has been demonstrated that the use of drama is both educational and encouraging. This scientific study and our play reveal concrete evidence proving that drama can be an effective mechanism for education and encouragement. Making spectators understand that drug addiction is actually a disease is among the educational goals of the play. In short, drug abuse can be changed with drama in societies that have ethnic, economic and educational diversity," he said.

The play was staged in Istanbul, Tekirdağ, Bayburt, Siirt, Yozgat, Tokat, Bitlis and Mardin provinces. Now, it is Hakkari province's turn. In Turkey, where the starting age of drug use decreases every year and the number of deaths related to drugs often increases by 100 percent, "Beni Affet Anne" has broken records in cities where it has been staged. The one-act theater play, staged in 50 venues across Turkey, has been seen by 25,000 spectators to date. Young people make up the 80 percent of that number.

Onur Yenidünya, the scriptwriter and director of the play spoke about what he experienced after the play was staged: "A mother came to us in Bayburt province and said, 'I saw my sons in the play. I learned how I would act and what I should do.' The head of a political party in a place told our producer after the play that he realized he had neglected his child. He stressed that he had to go to care for him. A police chief told me that our cast said what he had said in a year in only an hour in a better way and thanked us. When a deputy governor said, 'I almost cried in the play,' the deputy said that he had cried. These interactions are more precious than many other things for us." The play was staged in Hakkari province for the first time on Nov. 26, and will continue to play till Nov. 30. It is being put on with the support of Hakkari Deputy İdris Akbıyık, Deputy Mayor Cüneyt Epcim and Provincial Director of Culture and Tourism İdris Ağacanoğlu.