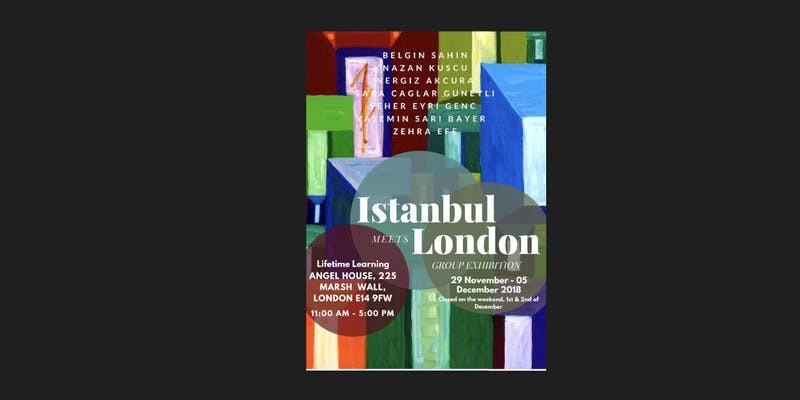 It is being jointly organized by U.K.-based fashion and art consultant Zeynep Ober and Lifetime Learning, a London-based charity. It features the works of a number of Turkish painters and sculptors, most of whm are based outside their countries. Proceeds from the exhibition will go to Lifetime Learning.

The event opened with a special ceremony at Canary Wharf, where the foundation's headquarters is located. The Turkish Ambassador in London, Ümit Yalçın, gave the opening speech at the event. It was also attended by Çınar Ergin, Turkish Consul General in London, Oya Tuncalı, Turkish Cypriot Ambassador to London, Ülkü Alemdar, Turkish Cypriot Consul General in London, as well as a number of country representatives, mayors, councilors, presidents of various nongovernmental organizations, business people and collectors.

The opening event also included a performance by flutist Koza Ünal and zitherist Naci Göçen while Seljuk designs by Gülden Belen were also on display. Zeynep Ober, the chief organizer of the exhibition, said that they were very happy to organize this important art event for the third time. "We are excited and proud to introduce Turkish painting and sculpture art and artists in London, one of the most important art centers in the world," she said. The exhibition ends on Dec. 5, 2018