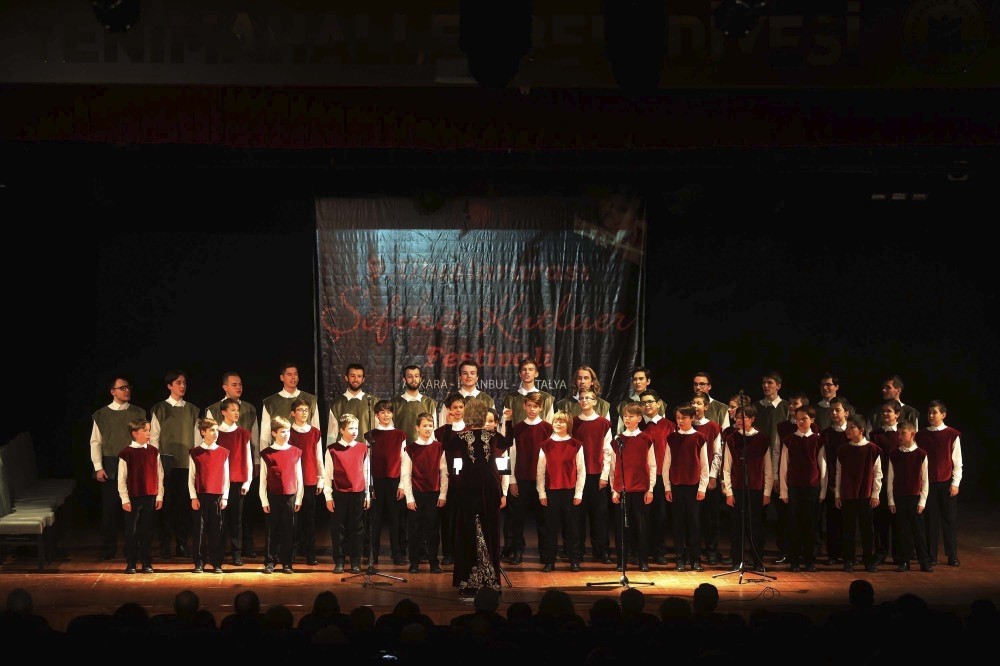 The Bratislava Children's Choir gives a concert at the opening of the festival.
by Anadolu Agency Dec 04, 2018 12:00 am

The 9th International Şefika Kutluer Festival, organized with the contribution of the Slovakian Embassy to Ankara, kicked off in the capital.

Speaking at the opening of the event, Ambassador Turenicova said that the festival brings together peace lovers.

Noting that East and West meet with the festival, she stressed, "We are so happy to have a chance to open this event."

The ambassador reported that the Bratislava Children's Choir was specially chosen for the opening of the festival.

Virtuoso flutist Şefika Kutluer also said that she is proud to organize the festival for the ninth time and to represent Turkey in the world.

Remarking on the theme of the festival, which is "East and West Meet," Kutluer said, "As an artist, my duty is to create a loving bond between countries. I make it through music."

She said that she is a UNICEF goodwill ambassador and highlighted that she and her husband Refik organized this festival as a veritable army of two.

The festival, which will continue until Dec. 21, will host performances, exhibitions and presentations from all over the world and will take place in Ankara, Istanbul and Antalya provinces.

After the speeches, the Bratislava Children's Choir performed the national anthems of the two countries and gave a concert accompanied by a piano recital.